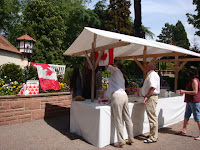 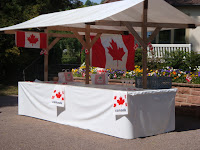 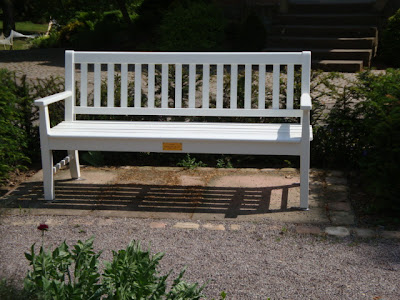 On a hot Saturday afternoon (7th of May), several members of the German-Canadian Club began setting up tables in the city park for an official presentation of a bench to be donated to the Stadtpark and the City of Lahr.  Jürgen Kull--the founder of the club and its first president--and his wife Gitta were donating it in the name of the club on its 40th anniversary (1971 - 2011). 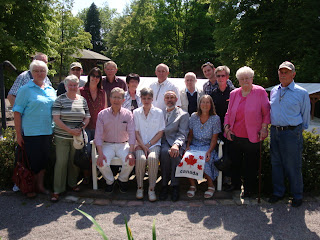 Sitting on the bench are the following, from left to right:  Dr. Wolfgang Müller, the Oberbürgermeister of Lahr, Gitta and Jürgen Kull, Trisha Cornforth.

Below, a couple views of the park and its vegetation and flowers. 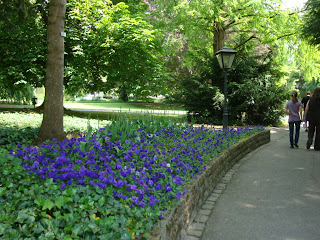 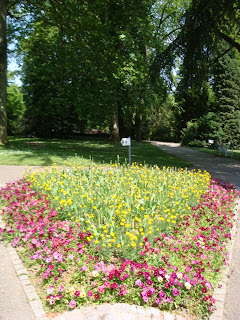 The presentation was made and pictures taken.  A young German man, Christian Hanold, who grew up in Lahr and who now works at the Canadian Consulate in Bern, Switzerland, presented a bell to honour the closure of Canada Haus.  He said that it is traditional in Switzerland to present a cow bell to someone who is leaving, whether retiring or moving on.  In this case, it was Canada Haus and its members.  It will now have to be decided just where to hang it, as there is no longer a Canada Haus.  Christian volunteered at Der Kanadier, the weekly military newspaper (as did I, and where Trisha worked for many years), the year prior to the closure of the paper and of Canadian Forces Base Lahr.


Below, Christian Hanold presenting the bell to Trisha Cornforth, the last president of Canada Haus and the present president of the German-Canadian Club. 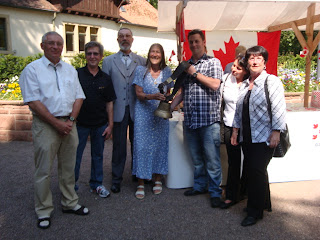 A group of four Canadians from Alberta, who live in Gibbons, a small town near Edmonton, had arrived in Lahr the day before with no idea that anything would be happening at the Stadtpark.  Bill and Janice Moore had been back to Lahr several times for reunions and we had been in touch since then.  Two friends of theirs, Gray and Bev Lysechko, who had formerly been stationed at Canadian Forces Base Baden, accompanied them on this trip.  At Bill's request, I had organized a get-together with them and a small group of us here at the Gathaus Damenmühle on Friday evening, the day prior to the German-Canadian Club presentation.  Thus four Canadians, all of whom had been stationed in Germany at one time, were part of the celebration on Saturday. 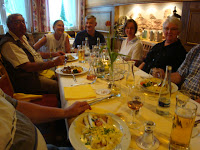 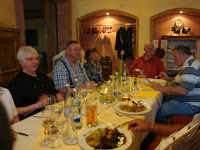 On the left, Hans Partenheimer, Trisha Cornforth, Bill and Janice Moore, Bev Lysechko.  In the picture at right:  Bev and Gray Lysechko, Ingrid and Jürgen Puschmann and Jürgen Binder.

The totem pole in the Stadtpark was donated by Canadian Forces Base Lahr to the City of Lahr in 1977, the tenth anniversary of the arrival of the Canadian military there.  It was carved by Chief Tony Hunt of British Columbia. 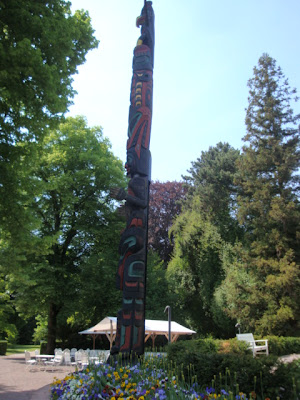 The German-Canadian Club members continue to meet every second or third week.  Should anyone be in Lahr and wish to join them, please get in touch with Trisha Cornforth.
Posted by Janet MacDonald at 2:42 AM