My birthday celebration was a wonderful day but the days following were as well.  For the next two to three weeks we ate out at our favourite Gasthäuser, had some great dinners at home and did a lot of sightseeing with Carol, Jean and Chris--my sister and two good friends who surprised me on that special day. 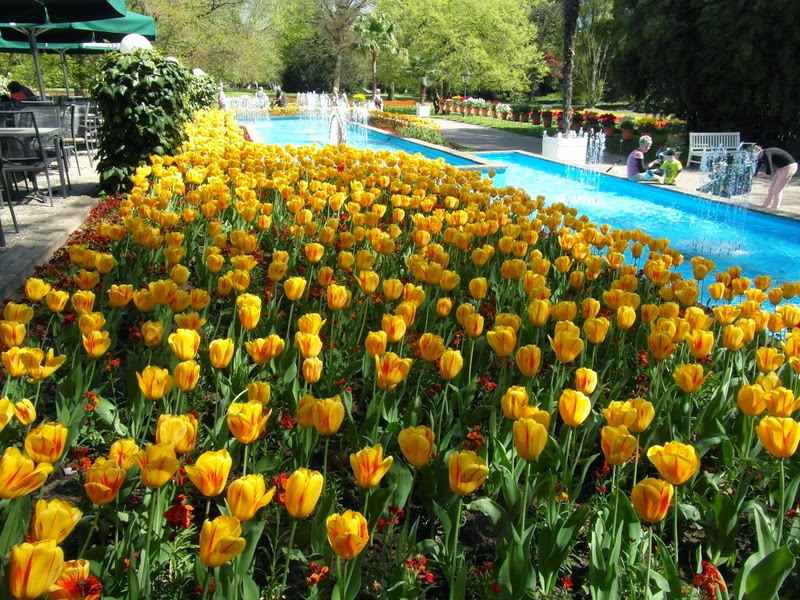 It was a wonderful time and nearly always the weather co-operated.  Spring burst into greenery and although a little later than last year, it was, as always, the most beautiful time of year here in Germany.  I took the picture above of the tulips in the Stadtpark Lahr on 21 April.

The patch of tulips by the house and still in bloom.  The large tree behind our house that is always beautiful in spring.  Not everything was in bloom when everyone was here but spring had certainly begun. 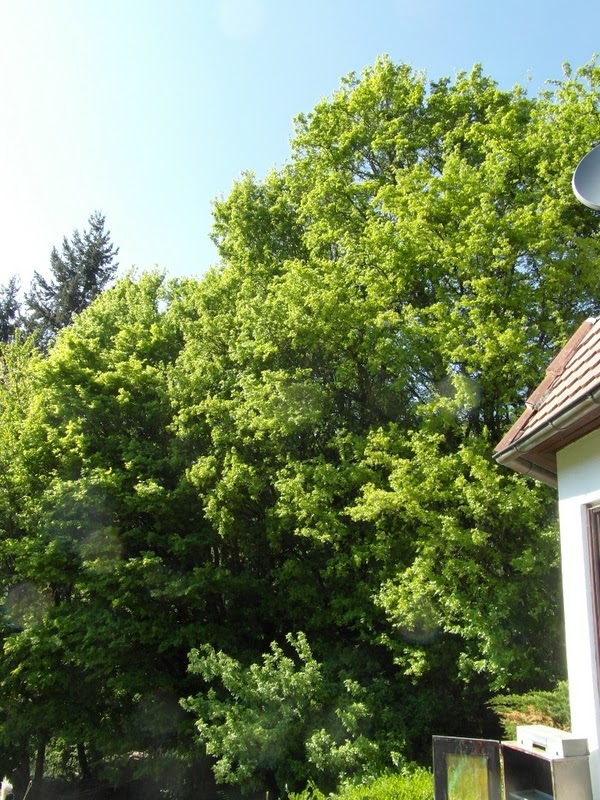 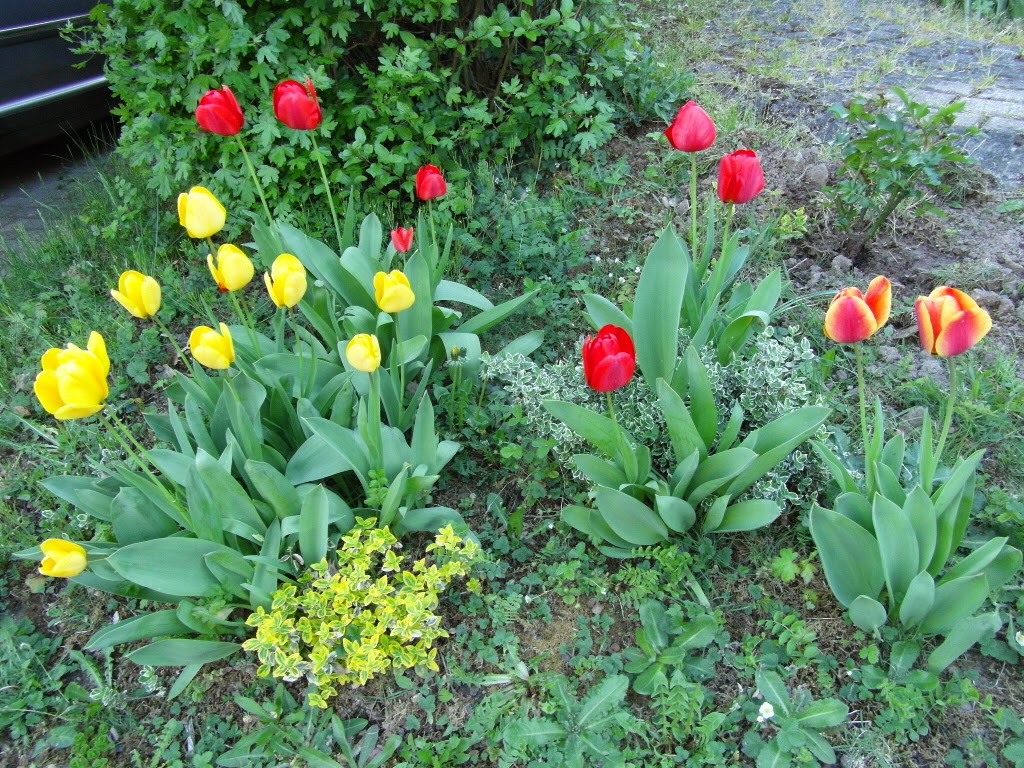 I took the following pictures of some of the places we visited during those days after my birthday.  The first Gasthaus we went to was the Kreuz on the Streitberg, on the summit above Ettenheimmünster.  We "girls" went out for the evening.  The food was excellent and plentiful as always at that Gasthaus. 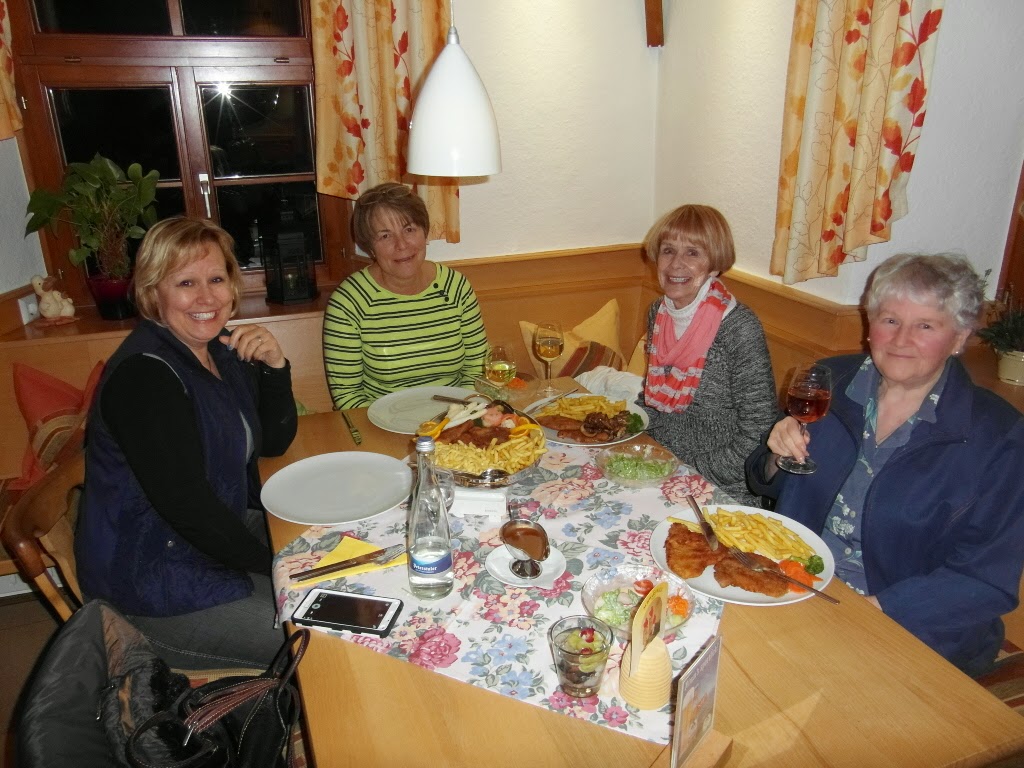 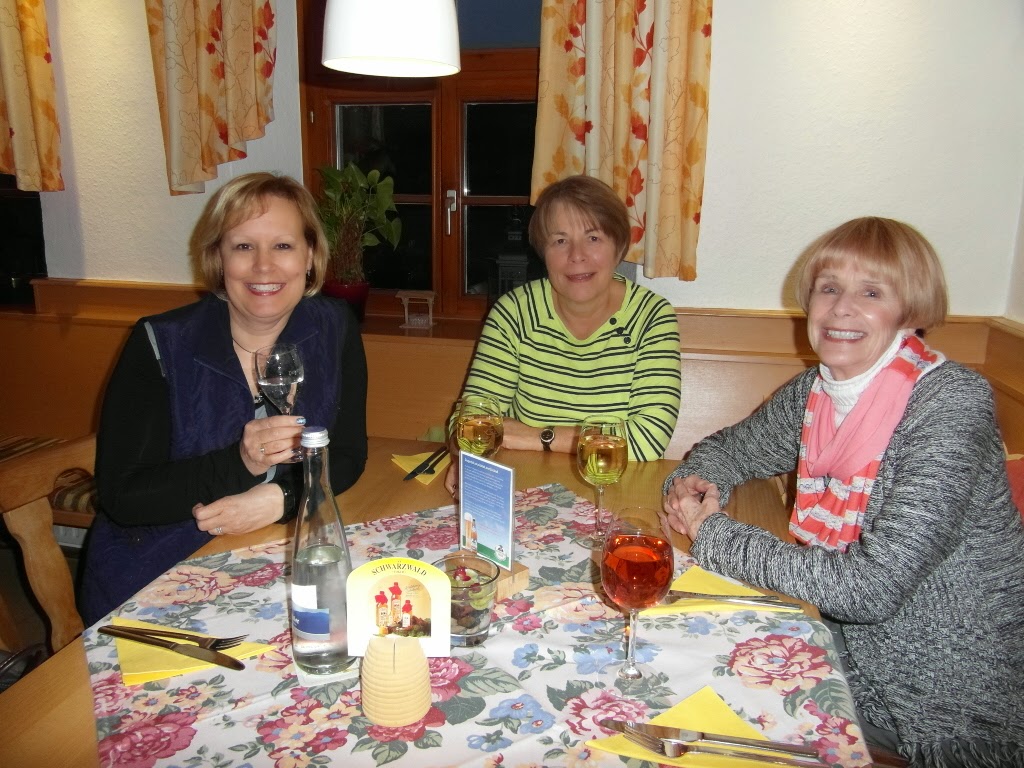 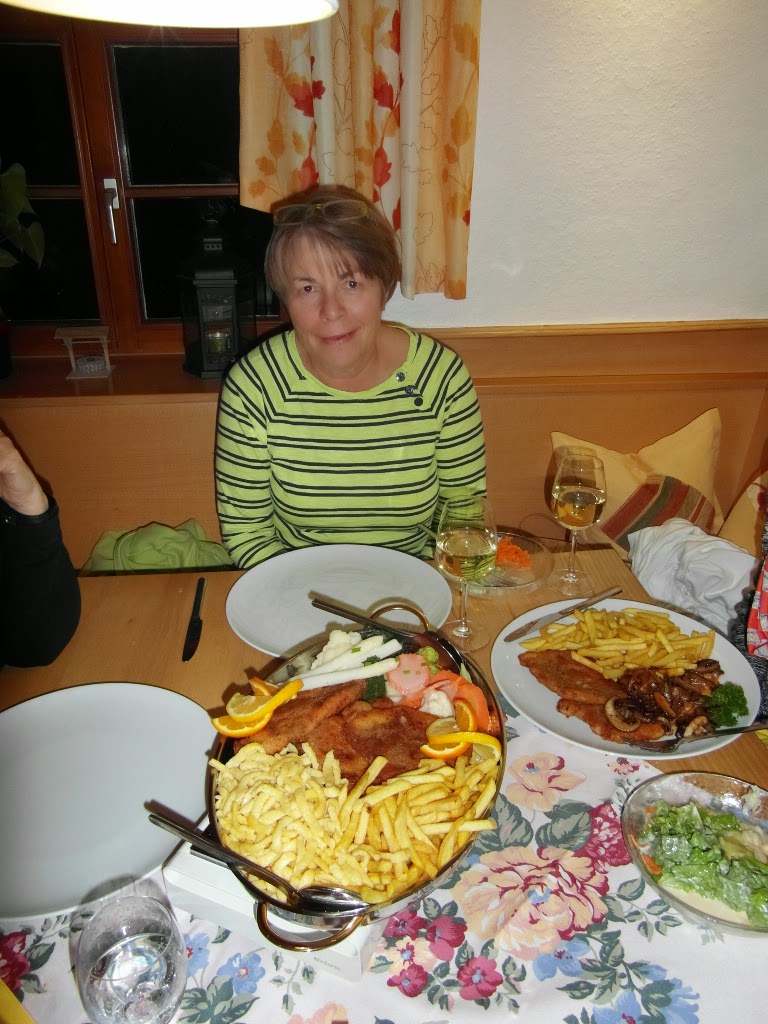 The platter was for two and was the special of the day.  It included Schnitzels, fresh vegetables, pommes frites and gravy.  Carol had a Jägerschnitzel (with mushrooms and pommes frites) and I had a regular Schnitzel.  A salad came first.

The following day, the three of us, along with Hans, headed to the Deutscher Hof where we usually go every couple weeks.  Lots of conversation and tales told.  Below, the three of us with the Wirtin, Ruth (standing behind the bar).  The lady on the left is Barbara, one of the regular group. 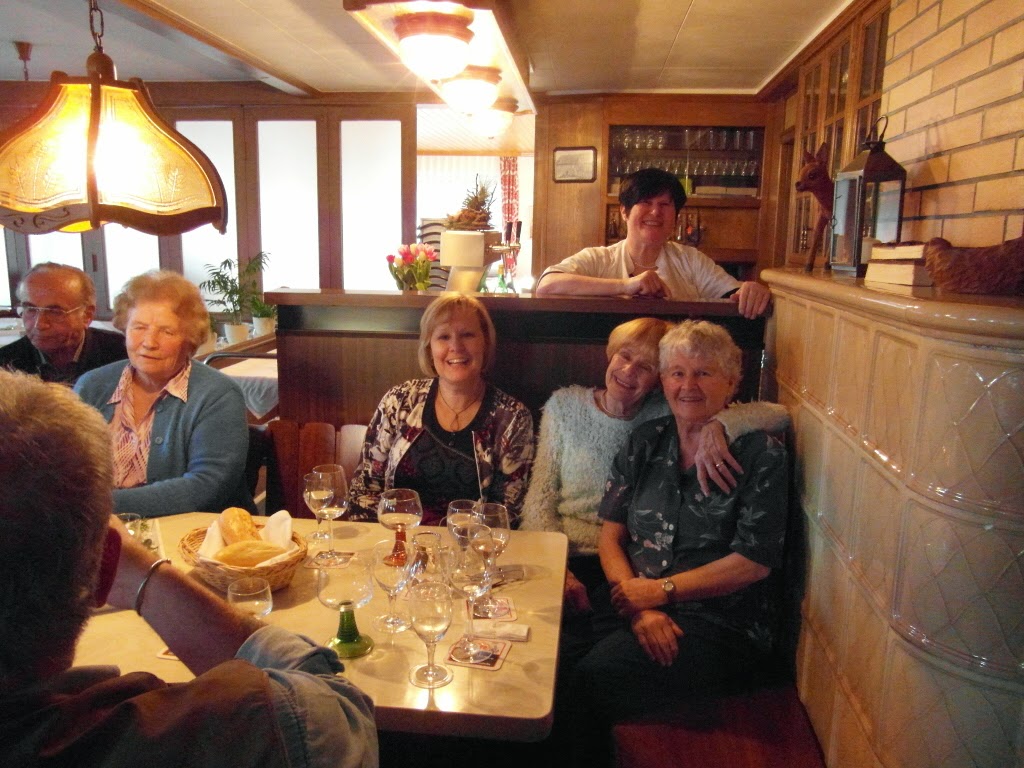 By now it was time to stay at home.  What else but a wine and cheese night!  Hans bought the cheese and baguette in the Alsace, France, a half hour's drive from us. 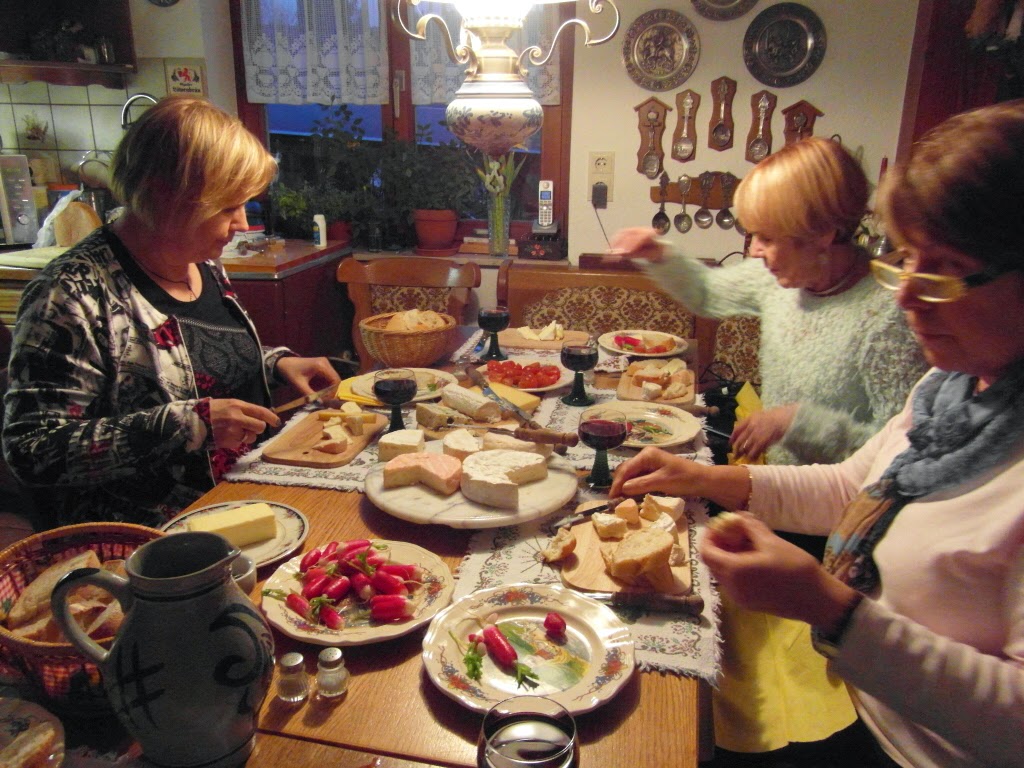 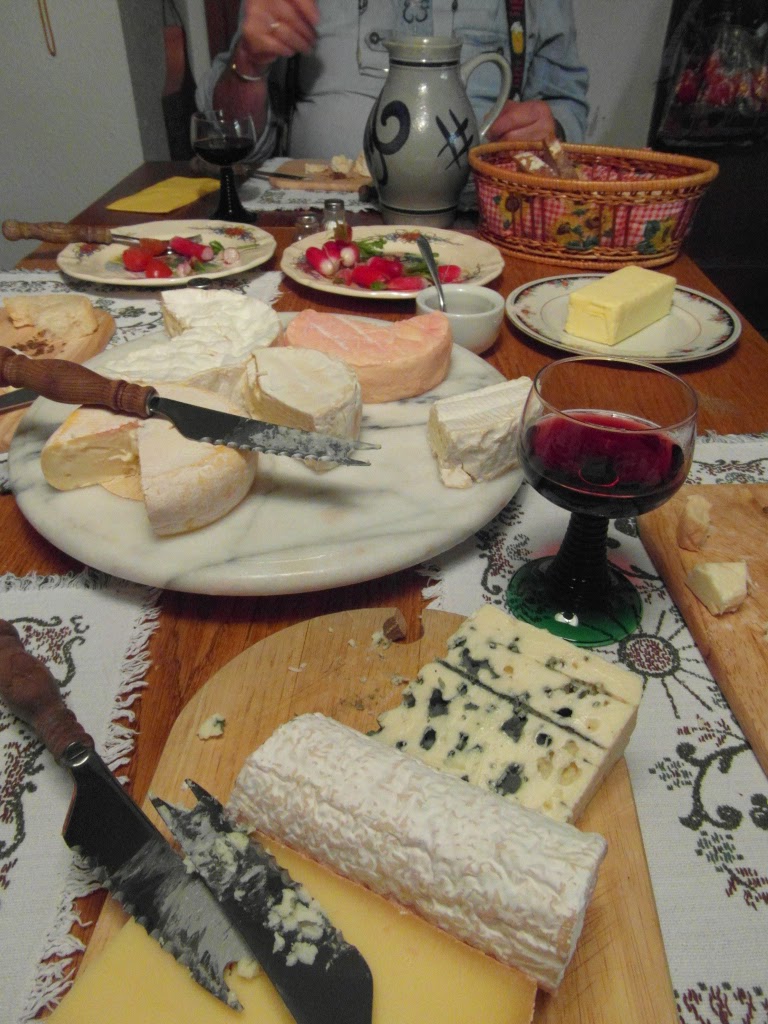 The next day we three ladies headed out for a drive through Freiamt, one of my favourite destinations.  Freiamt comprises a number of small villages and hamlets, beautiful countryside and some great Gasthäuser.  We stopped at two with a short visit at another.

First stop:  The Ludinmühle in Brettental.  In the 1970s my late husband and his colleagues from 5 AMU, along with we wives, dined there several times.  In the 1980s Hans, friends and I had dinner there and enjoyed it very much.  It was known for the Mühle (mill) inside the Gasthaus.  Shortly thereafter, though, the mill was removed and so was the bar at the entrance into the dining area.  We were so disappointed that we have only been back once since then to have dinner there.  It has gotten pretty up-scale and as far as we are concerned it lost its Gemütlichkeit, although one can say it is beautifully decorated.  It has expanded dramatically along with a huge hotel and health resort across the street from it.  It is still expanding.  Unlike us, many love it and you will always find it busy.  On this particular day we just made a brief stop to look around a bit.

The Restaurant-Hotel below, centre.  The resort is shown at the far right below.  The picture at the left shows the new entrance to the restaurant, just behind Carol and Jean, with outside seating to the left of them.  Just click on the pictures to enlarge them. 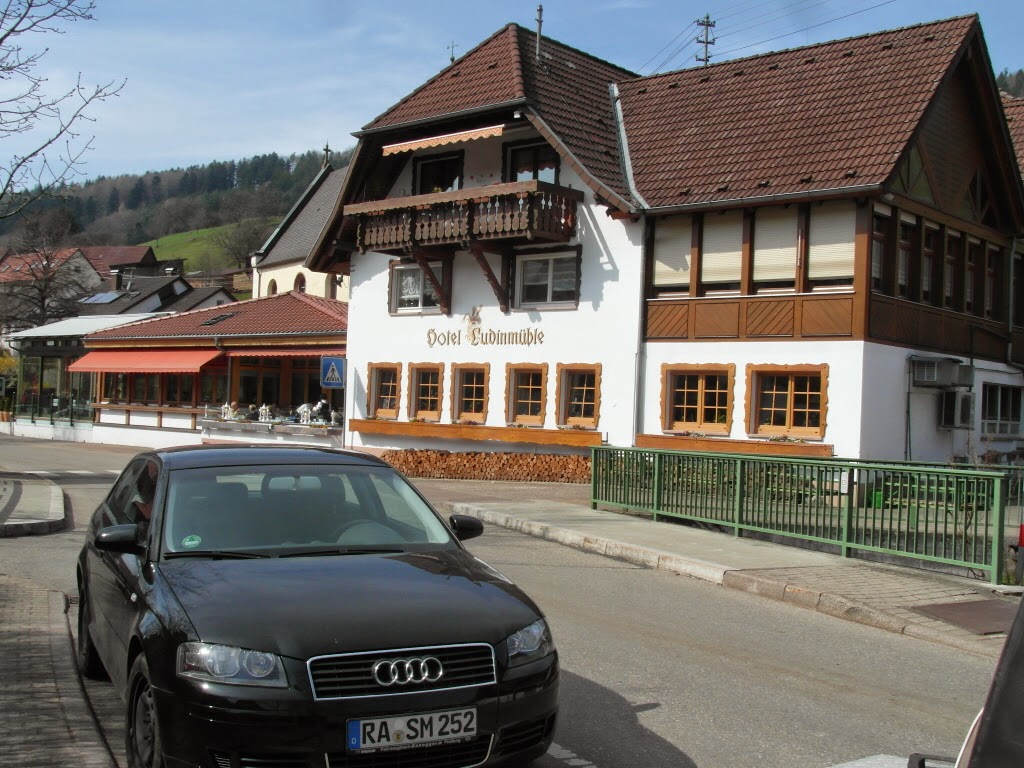 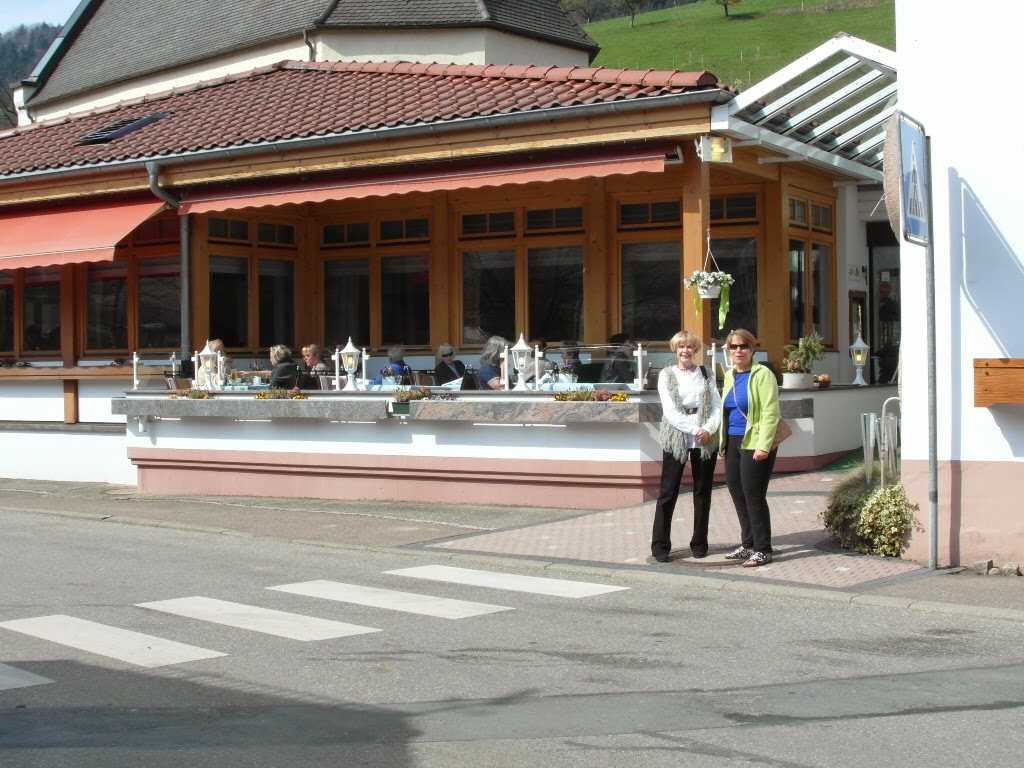 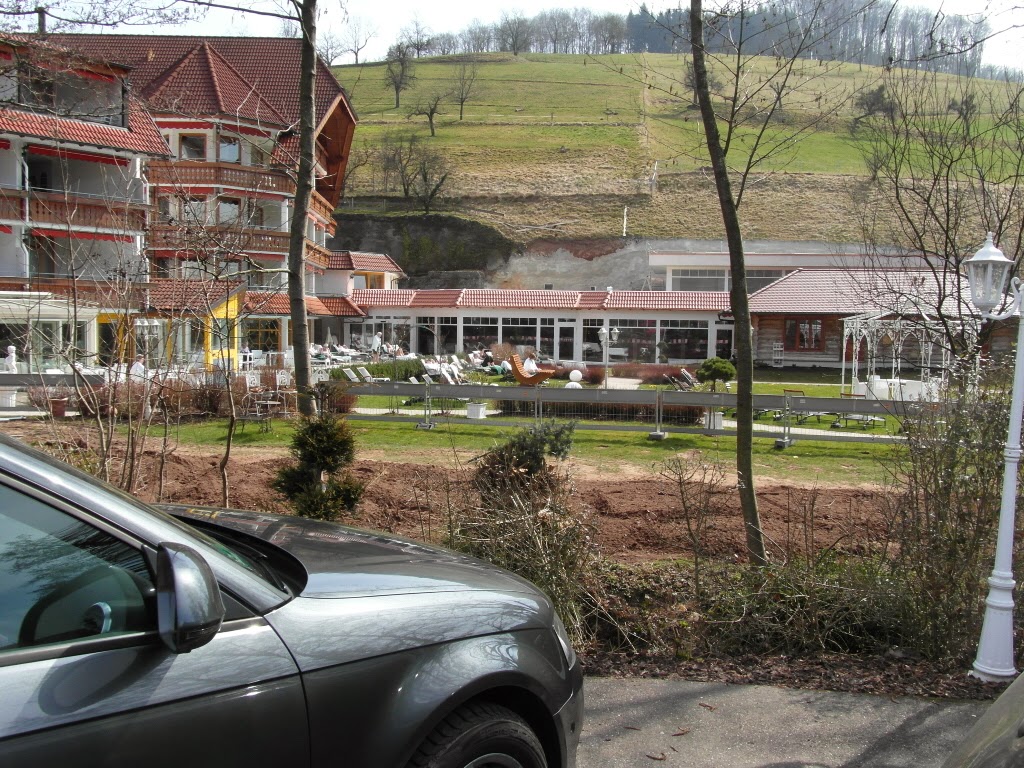 I then decided to show everyone a couple of places we know well and go to periodically.  The first was to the Gscheid, a special small Gasthaus just outside Keppenbach, situated at the top of a hill.  The lady owner is known for her decorating and the white ceramics she showcases.  We were not disappointed.  As it was close to Easter, that was her theme. 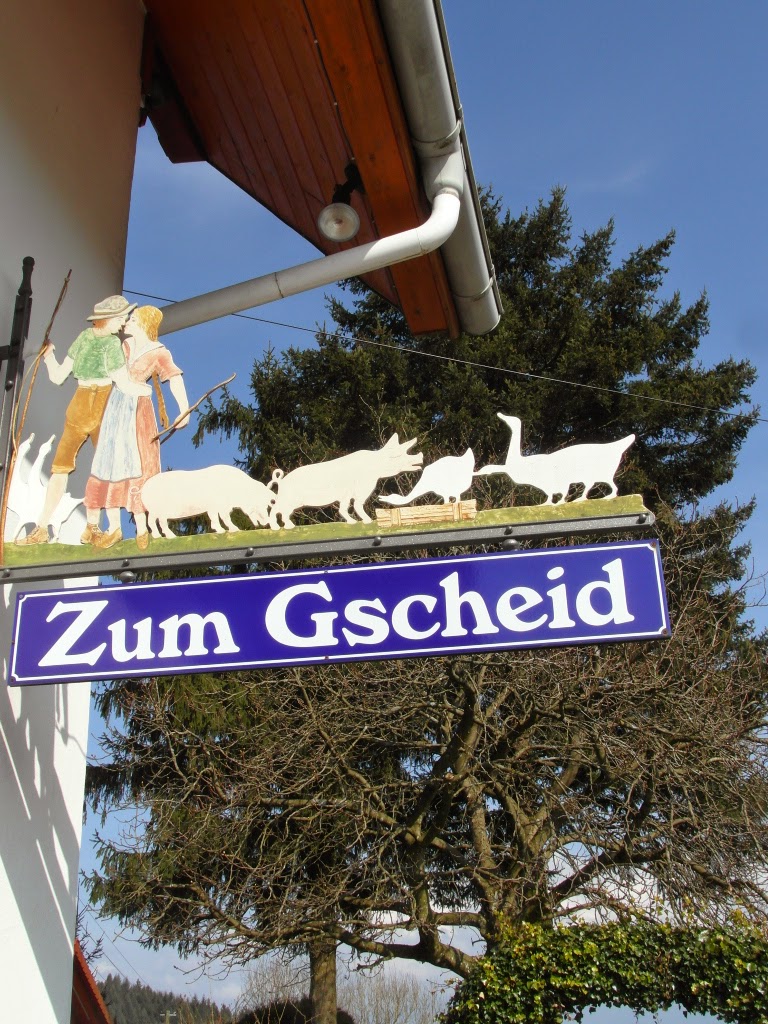 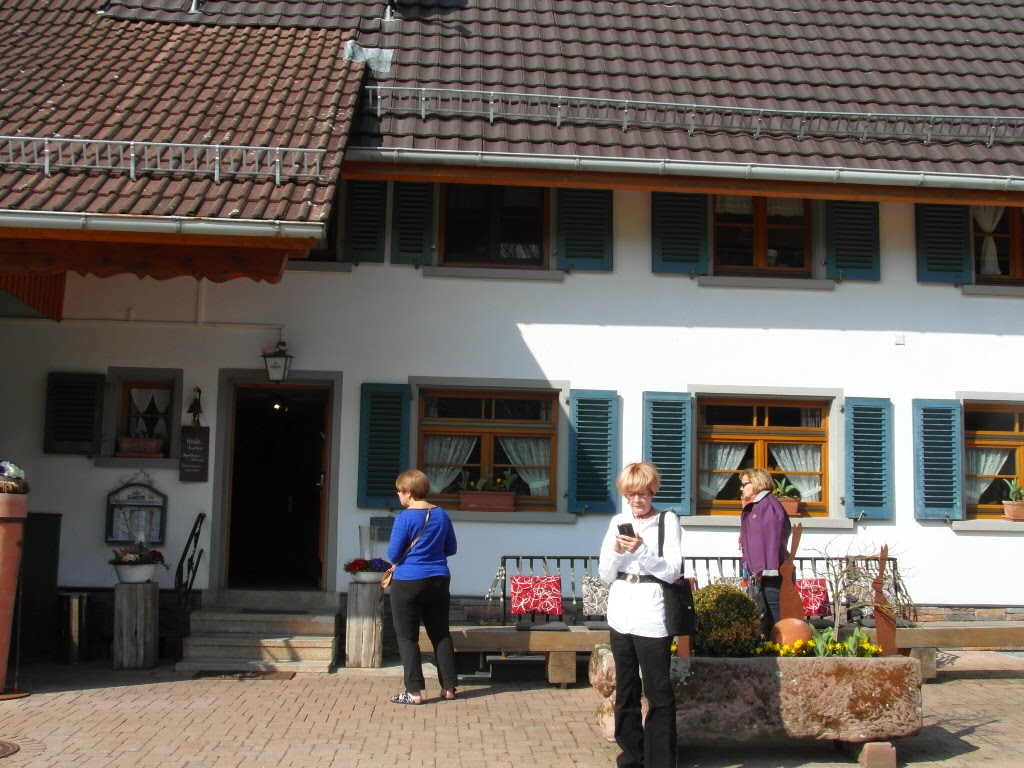 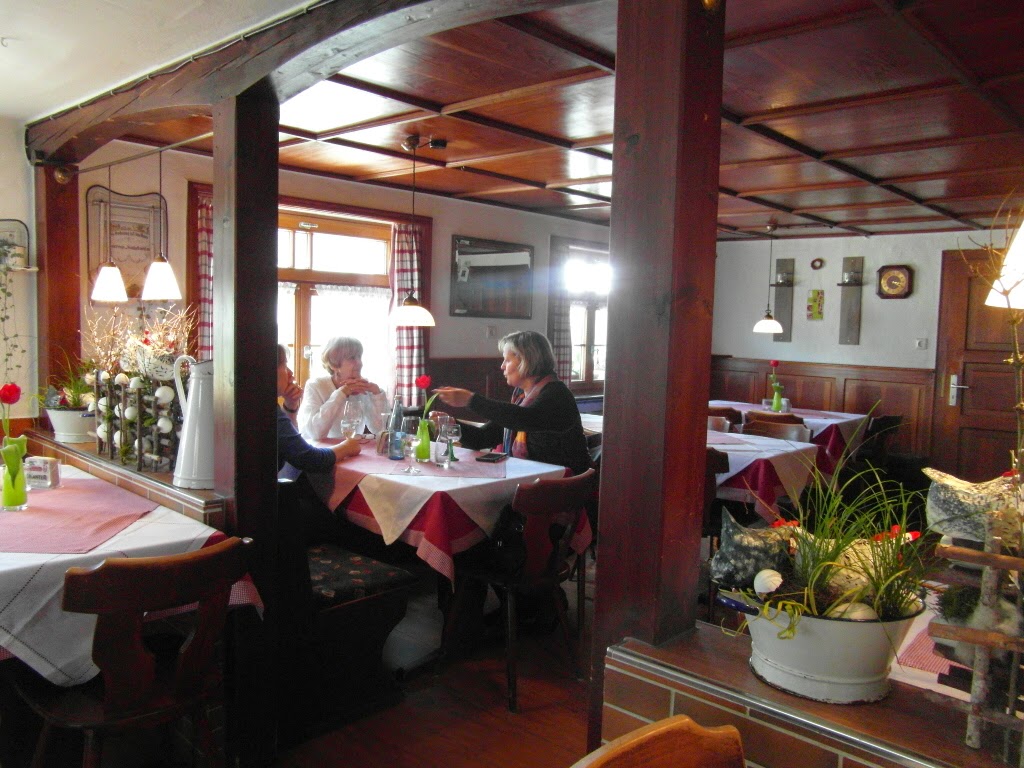 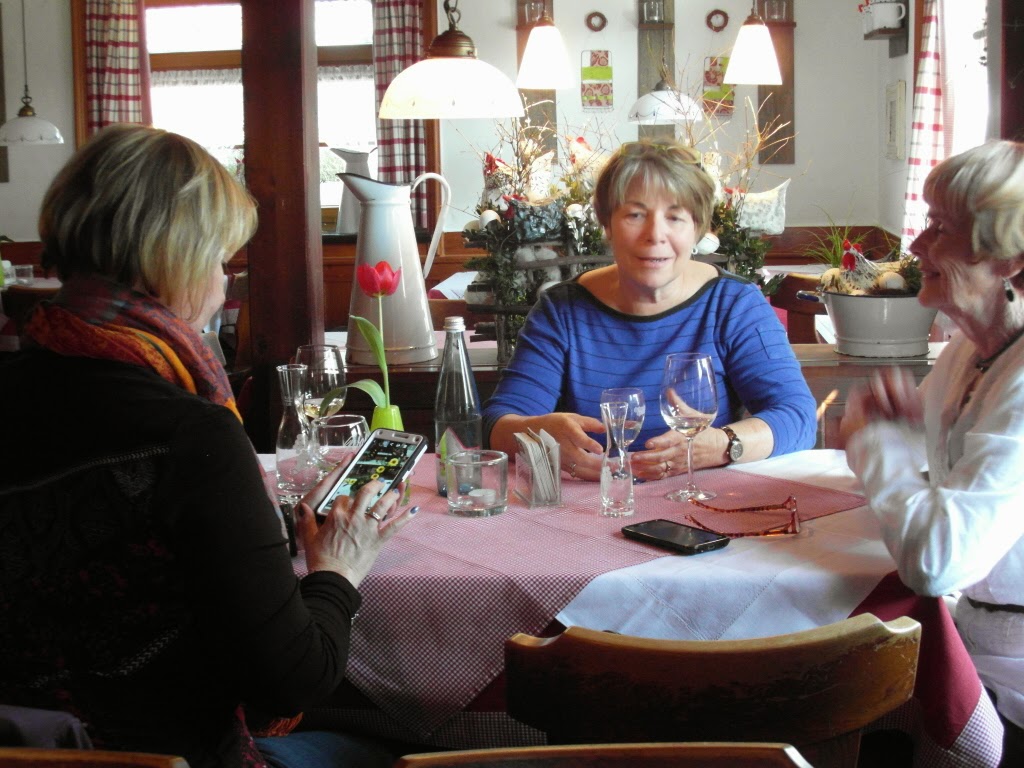 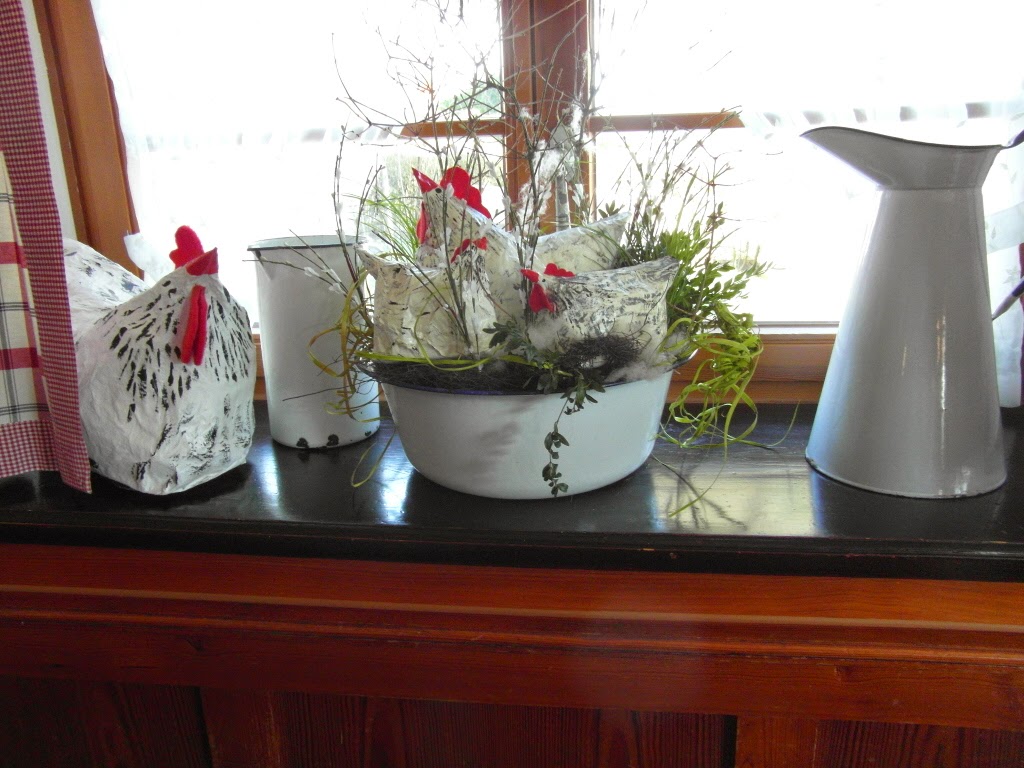 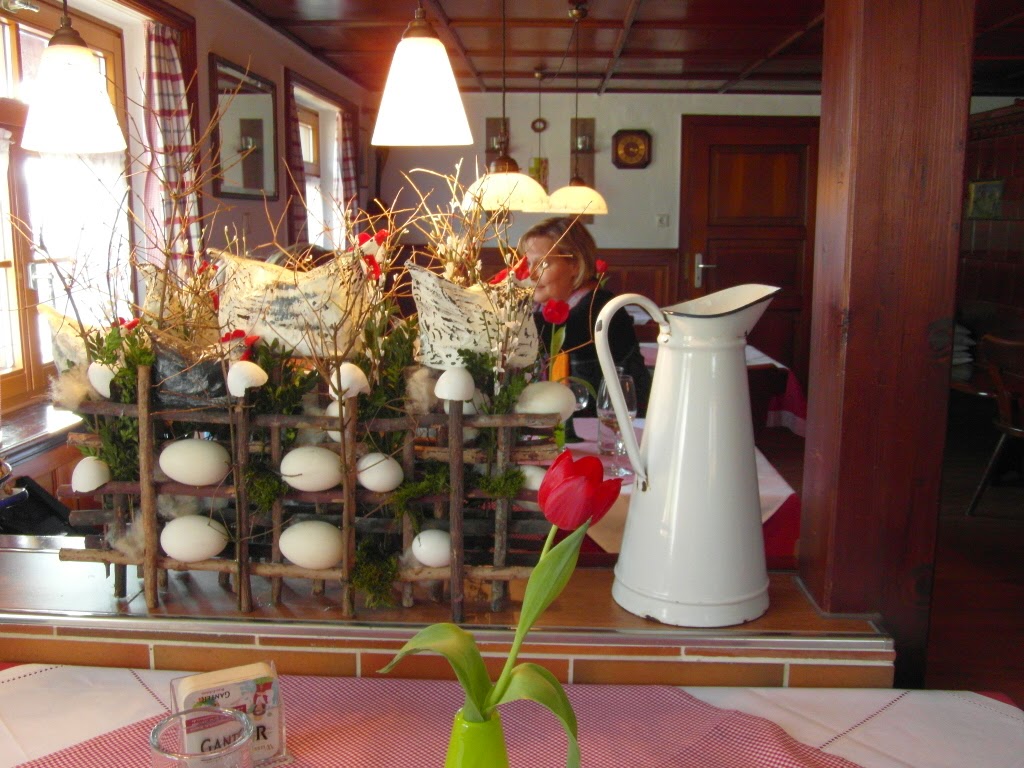 A wonderful beer garden is just to the right of the Gasthaus itself.  If you like a toast, their Hawaii toast is the best I have ever had.  It is what I always have when we go there.

The picture below shows the Hawaii toast I enjoyed on a previous visit.  The beer garden under the trees is to the right. 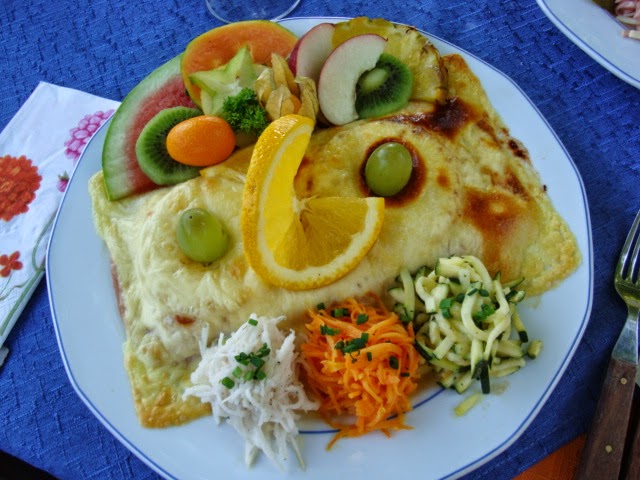 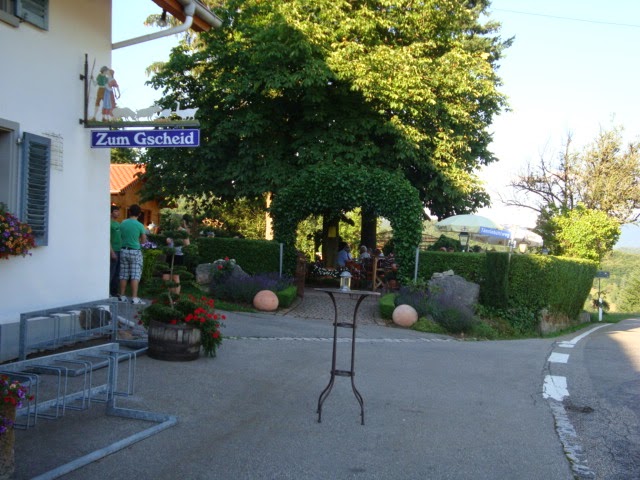 One of the Gasthäuser we visit often is the Grünen Baum in Keppenbach, just before you go up the hill to the Gscheid.  Unfortuantely, that was their Ruhetag or day of closing.  We then drove back towards home but stopped just 2 kilometers later at the Gasthaus Lamm in Reichenbach.  We go there every so often as well.  The Wirt is friendly and the food is good. Here we had lunch.  This is an old Gasthaus dating back a couple of hundred years.

I had the Wurstsalat (shown below) and it was excellent. The dressing makes it and it was good. 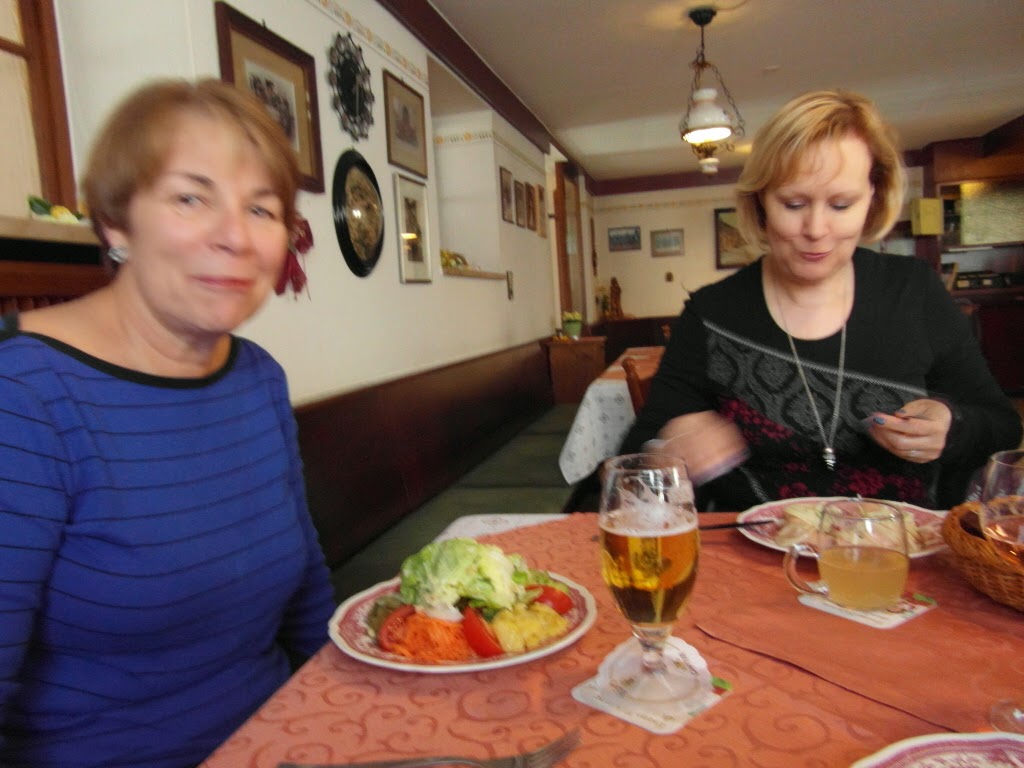 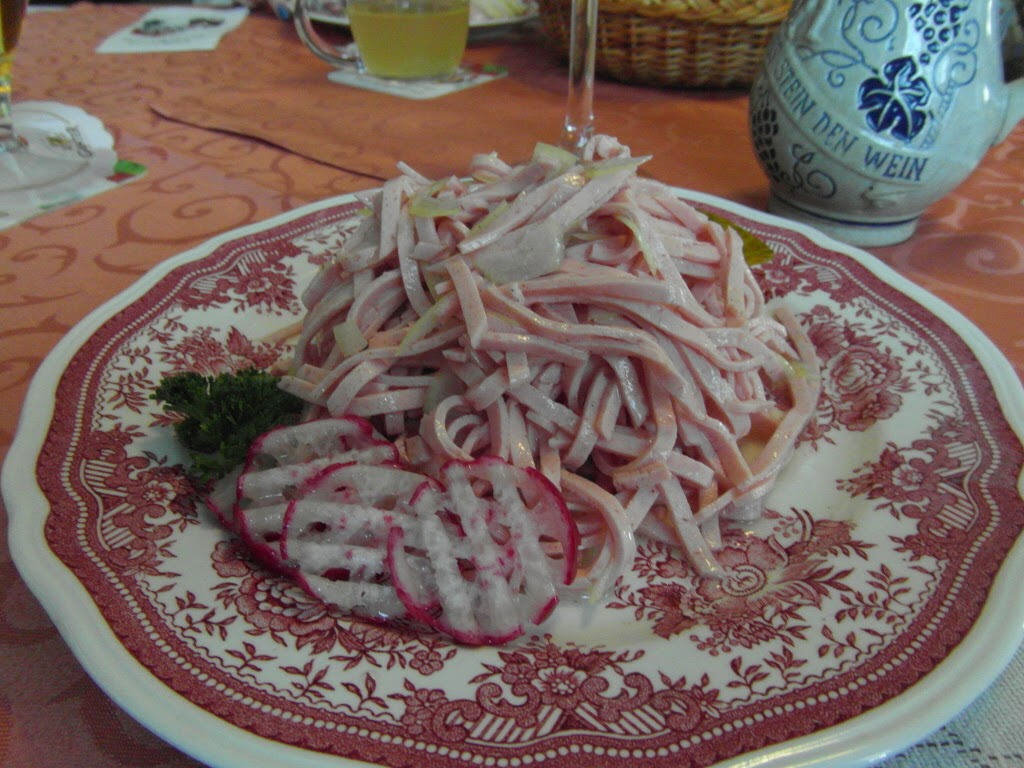 Jean and Chris left the next day for a trip to Burgundy in France and then on to Holland.  Jean returned for another week with us after that.  Carol and I were on the go in that following week, but more about that in my next blog post.

Posted by Janet MacDonald at 3:47 AM