Chicken Nights with Waltraud and Albrecht at the Linde


Prostit to Waltraud and Albrecht Breig! 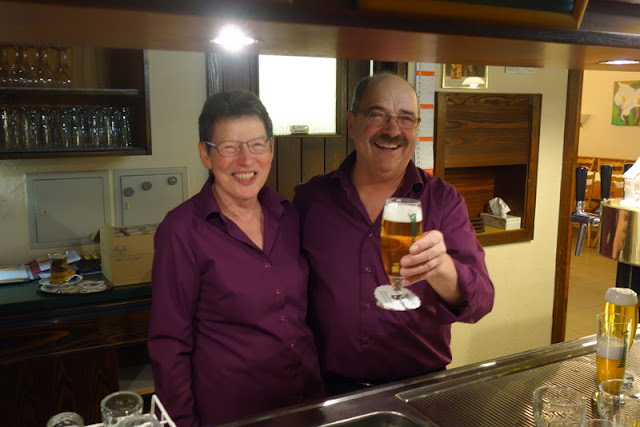 The Gasthaus Linde in Wallburg, one I went to most Tuesday evenings over 25 years, has closed.  It will re-open under new owners on 7 January.  Waltraud and Albrecht have retired and will be sorely missed.  I believe chicken will still be served but whether the menu will be the same I don't yet know.  That well-known chicken at the Linde was as good as it looks:  Crisp skin flavoured with herbs and moist, but perfectly cooked meat 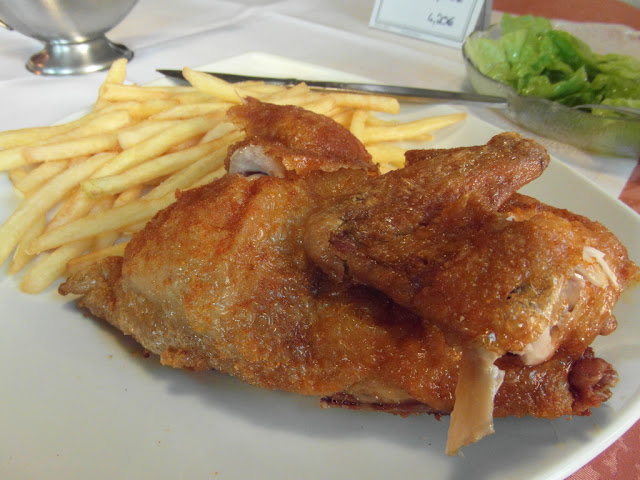 The plus side is that their daughter and Waltraud's two sisters will be working there, so some continuity.  Time will tell how things go.  Many Canadians knew it well during the Canadian military days in Lahr.  Quite a few have returned for a visit and headed to that same Gasthaus for their well-remembered chicken.  On one occasion, three Canadian men ordered two half chickens each and I think one of them, a third!

Oh, how I would miss it--as would many others if it were not to be served!  For now, though, it will continue to be so as far as I know. 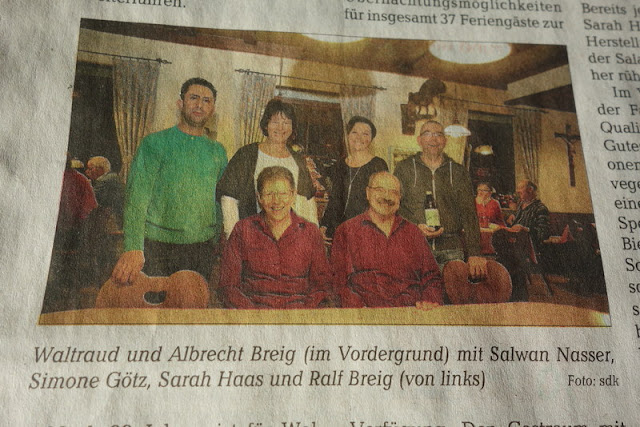 This picture above was published in the newspaper here in December.  I took a picture of the picture, thus the reason it is not clear.  The new owner is at the far left. 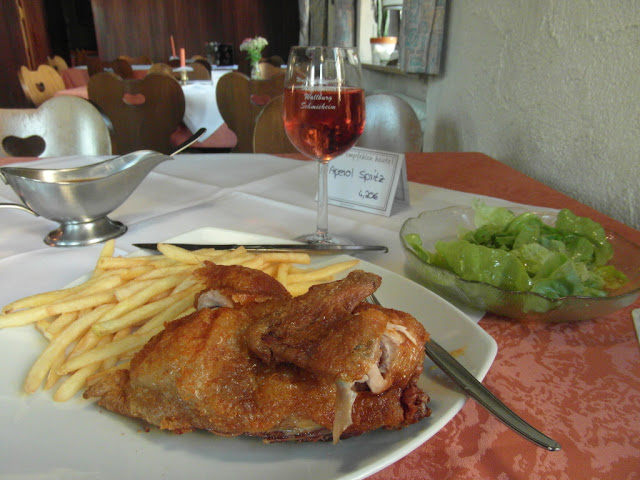 The picture above shows the table I always sat at. This particular occasion was my first time back at the Gasthaus after my summer and fall in Nova Scotia.  I am about to enjoy one of my evenings at the Gasthaus with that great chicken and salad.


A few of the following pictures I have shown before, but all are to remind those who loved this Gasthaus of the good times and good food they enjoyed:  in particular, not only Waltraud's chicken and salad but Waltraud and Albrecht as the Wirtin and Wirt.

My table below in the foreground with a view of the corner table where Hans and I always sat when we went together. 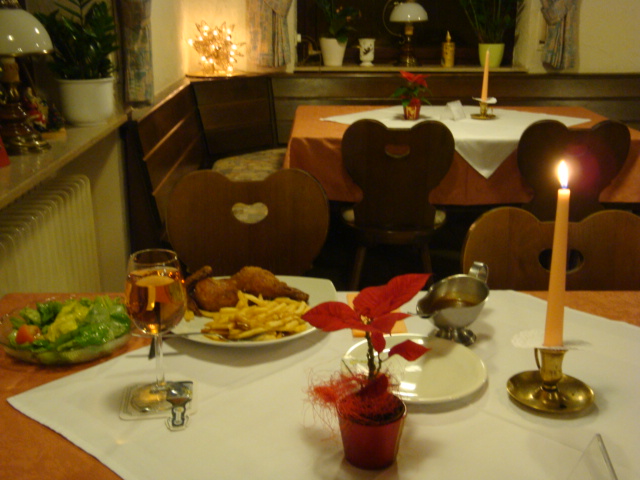 On the menu, another way to serve chicken:  in a basket! 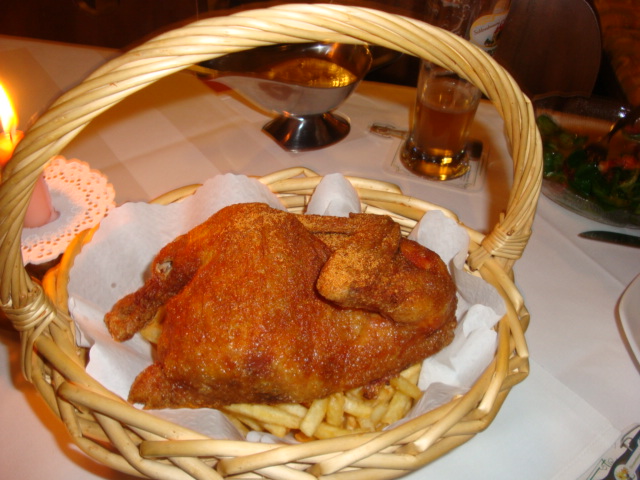 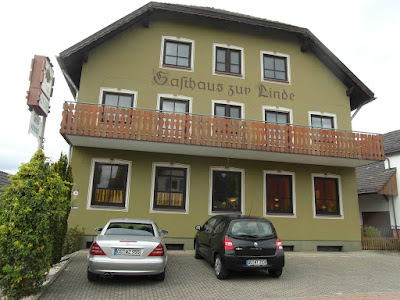 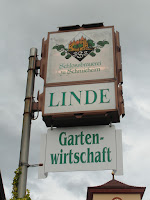 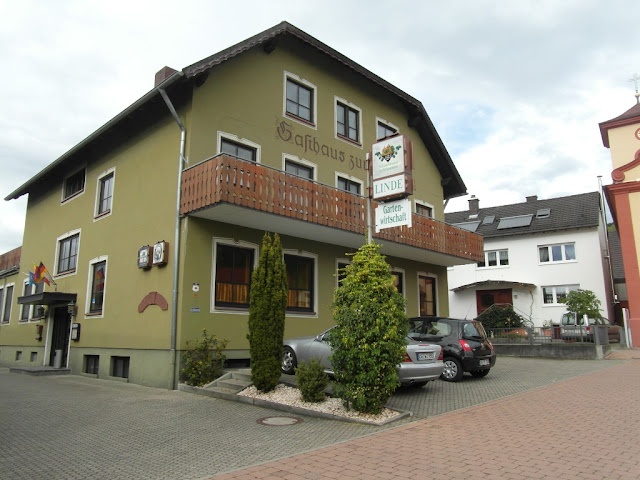 Three Canadian friends visiting from the USA, Holland and Nova Scotia, Canada:  Jo, Chris and Jean.  They all loved the chicken and the wine. 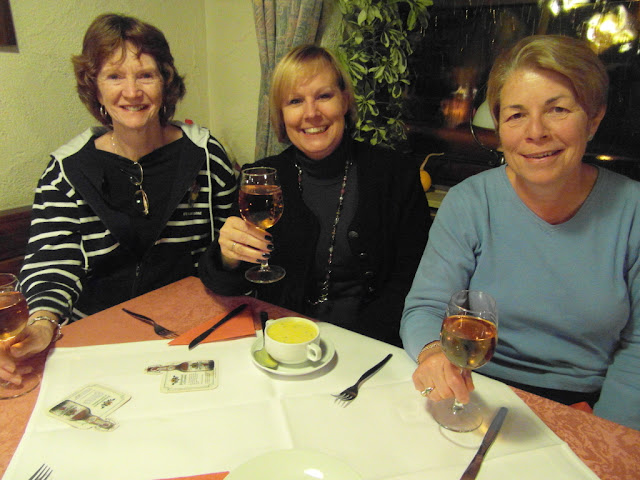 Another evening with Canadians:  Hans on the right and Jürgen Binder in the forefront. 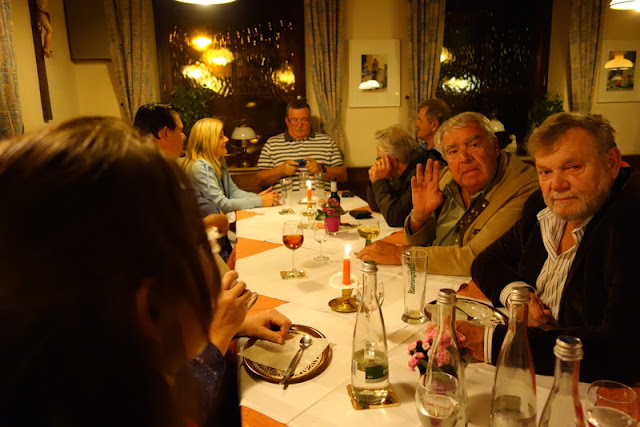 Below, I am peeking behind Harry Rideout. 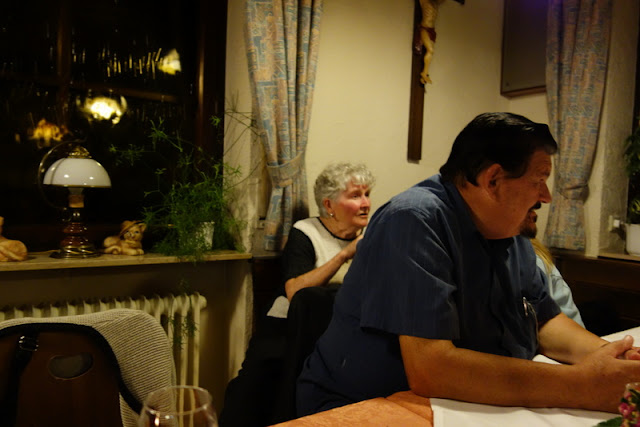 Enjoying the company, the food, the wine and the evening 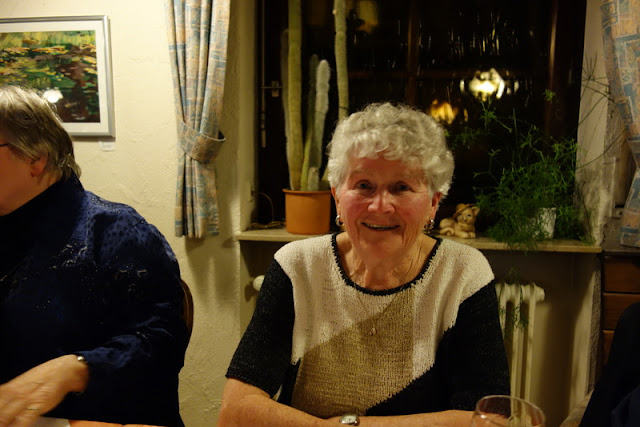 Below, Hans' choice one evening:  Wurstsalat and Bratkartoffeln 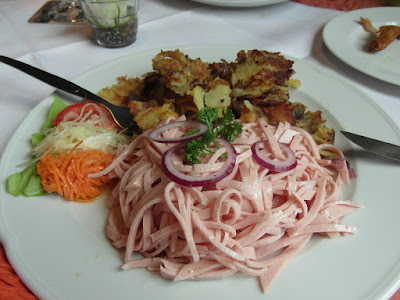 I chose my usual:  Chicken with French fries and salad. 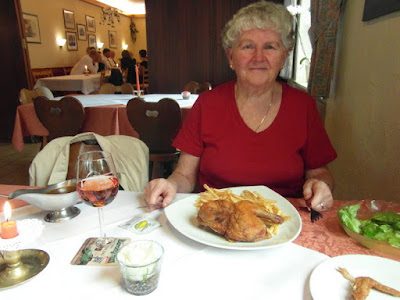 I always ordered their green salad, but many ordered the mixed salad which included various salad ingredients. 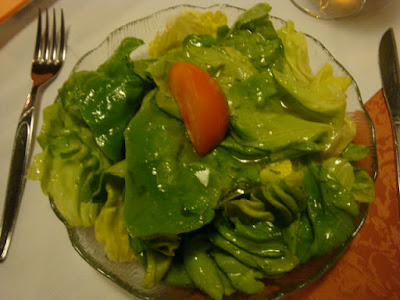 Waltraud makes the dressing for the salad herself and also sells it.  She will continue to do so.  We use it at home and buy no other now.  One can purchase it at the Edeka in Ettenheim and also in several other Edeka stores in the area, including in Lahr.  It is called  "Salatsosse Zur Linde."   The green tree on the label, of course, is a Linden or lime tree.  Whether the label stays the same only time will tell. 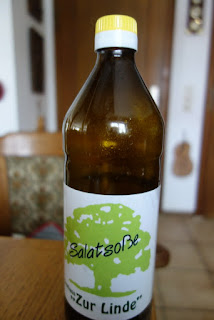 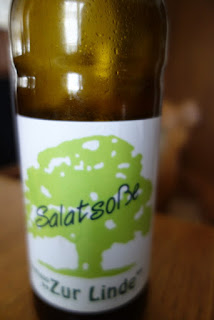 Below, a perfectly poured beer for Hans.  The family-run brewery in Schmieheim is situated just down the road from the Gasthaus in Wallburg. 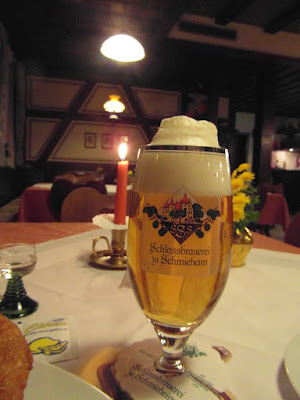 Occasionally, as shown below, I have a Weissherbst Schorle--half wine and half sparkling mineral water. 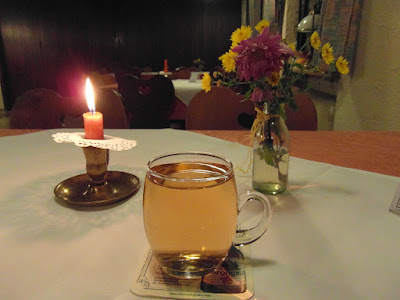 Below, Waltraud's great Feldsalat, which is in season from late November until almost spring, so at Christmas time it is often served.  It is my all-time favourite salad.  Feldsalat has a different salad dressing than regular salads and it is similar in almost every Gasthaus with just the odd variation or addition.   I gave a recipe for it in my blog post "A Cooking Class at the Romatic Hotel Adler-Post" on 29 Feb 2016. 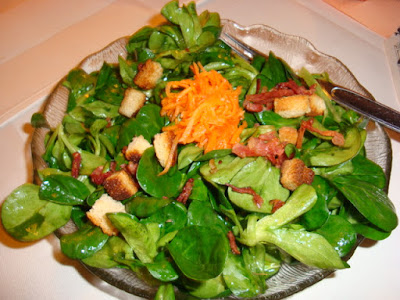 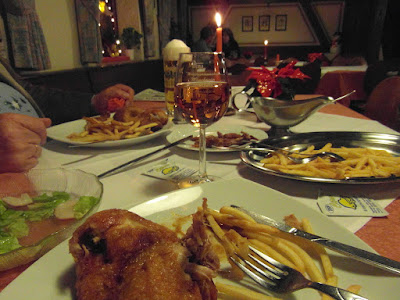 A large group of guests enjoying a meal and the company. 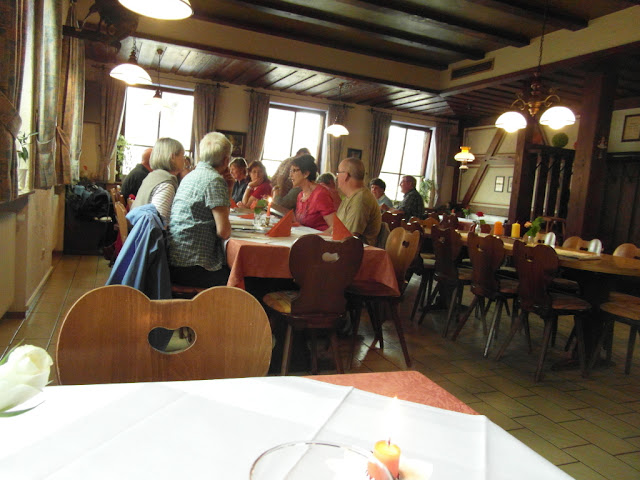 Almost a full house another evening as shown below.  I had a great view in 2012 as noted by my wine glass in the forefront 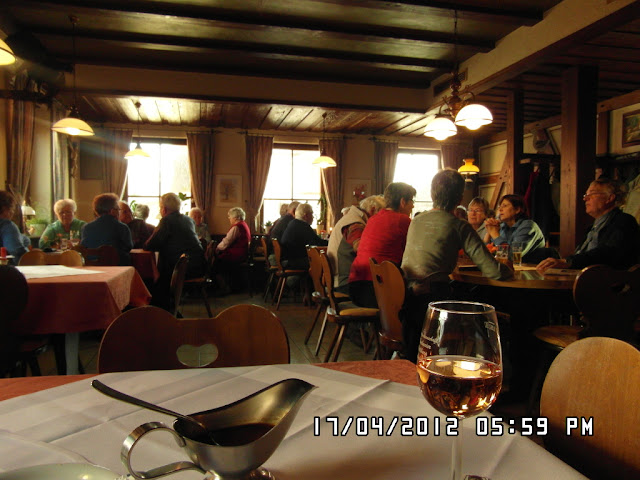 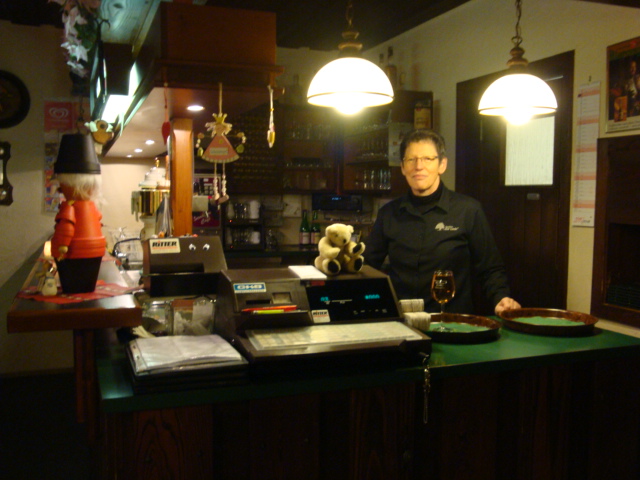 As seen below, she is serving the former owner of the Gasthaus at the Stammtishch.  She took over the Gasthaus from him 22 to 23 years ago. 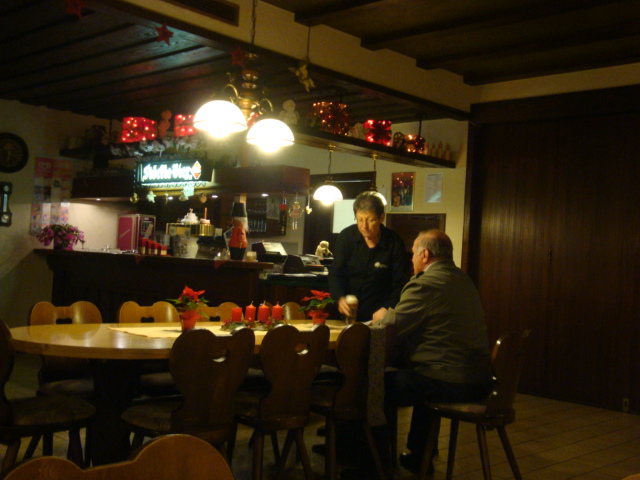 The Stammtisch during the Christmas season 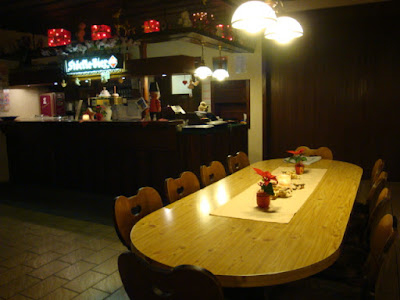 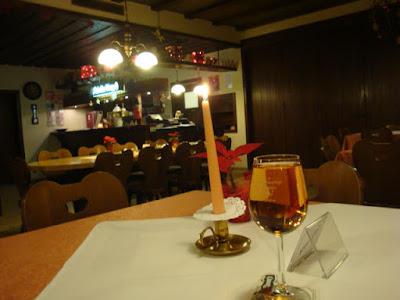 My favourite meal and never to be forgotten! 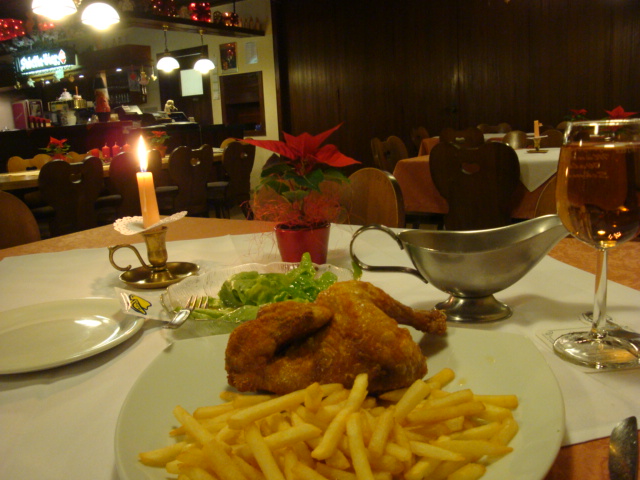 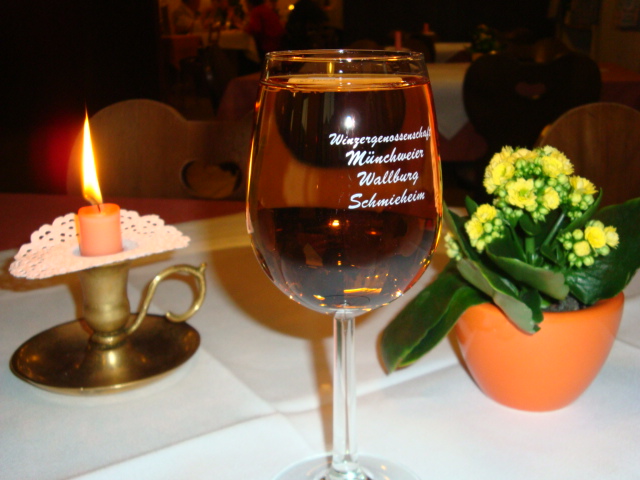 Posted by Janet MacDonald at 5:07 AM