Many events took place at Canadian Forces Base Lahr in the spring and summer of 1993 and 1994.  CFB Baden had already closed in 1992.  In 1993, Canadian Forces Headquarters Europe (HQCFE), the Black Forest Officers' Mess (BFOM) and 5 Air Movements Unit (5 AMU) officially closed, as did Canadian Forces Hospital Europe.  The Brigade left Germany that year as well.  The schools and Der Kanadier newspaper along with remaining facilities closed in 1994.

The most memorable events for me included the closure of the BFOM and of 5 AMU (by 1993 it was called 1 ATU:  1 Air Transport Unit). 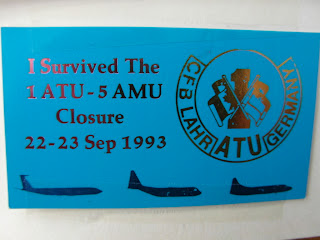 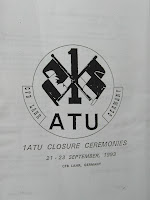 5 AMU was important for me as in the mid 1970s my husband had been the Avionics Officer there, so we had attended many functions during those years.  Both the 5 AMU and BFOM closures were sad events, even though they were filled with wonderful memories.  Since then, many former military members and their families have looked back with nostalgia to those days and the years leading up to them. 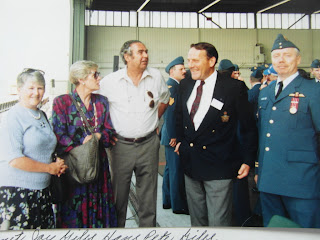 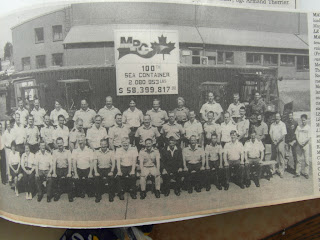 Nearly everyone had this sticker somewhere on or in their car and knew the name O. Girke﻿ 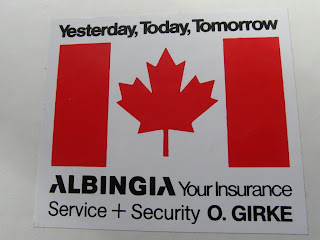 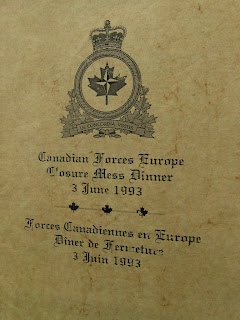 On the left: LCol Gord Grant, the last Senior Staff Officer Logistics and Hans' last SSOLOG.  Hans on the right.  In the centre, Capt Bob and Dale Waring. 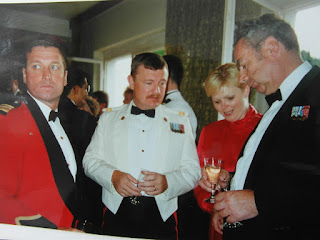 Several events took place at the BFOM in 1993/94, including a Mess Dinner, a Mixed Dining-in and the Closure of the Mess. 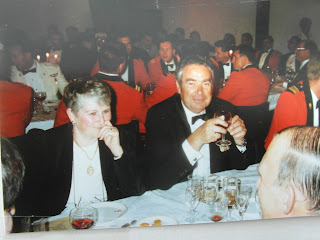 
The last Canada Day Garden Party was held at the BFOM on 1 July 1993.  Some of the young officers shown below. 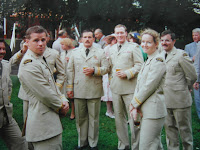 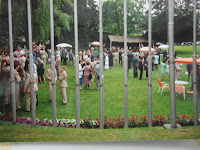 ﻿
﻿
Left, below: The two Hans' and Gord Brown on the right. The officer in the centre I do not know. 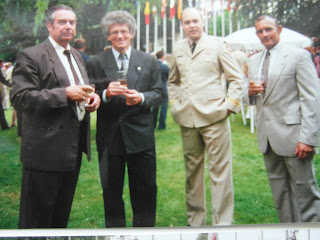 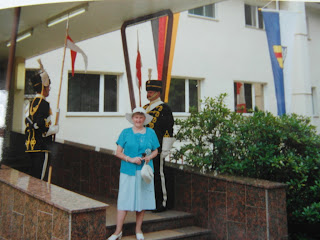 Below, the Base Commander, Col Les Corbett and his wife, Ginger (centre) 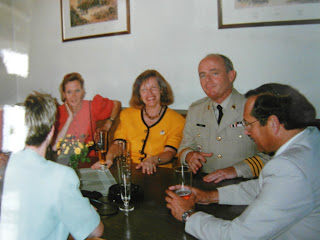 Below:  Hans Schlager, Brenda Van Vliet (editor of Der Kanadier) and Mike Hewes, holding a copy of the paper. 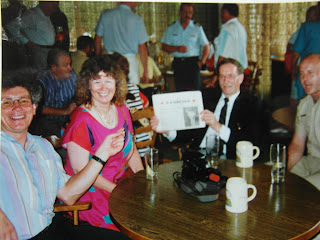 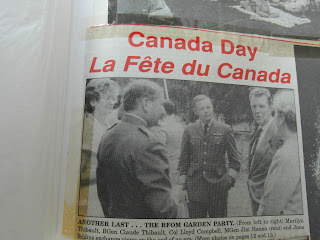 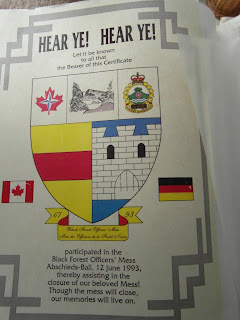 The three bartenders at the BFOM:  Hans, Guenter, and Theo 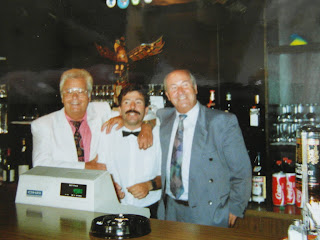 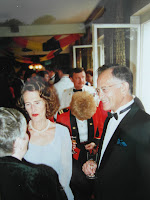 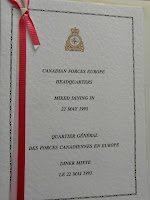 I am speaking to Dr. and Mrs Leblond (right above) 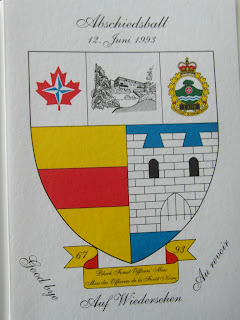 There were two large special events besides the Mess Dinner and the Garden Party.  They were the Abschiedsball and a Mixed Dining-In (brochure for that above left).
Below:  Wayne Martin, Hans and I﻿ 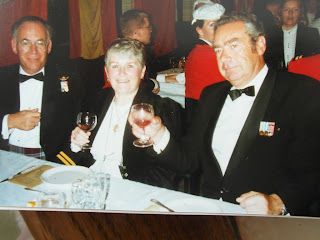 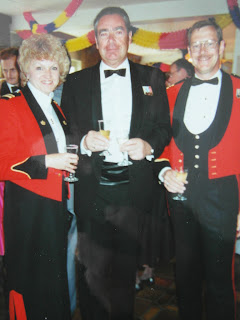 Serviette for one of the dinners 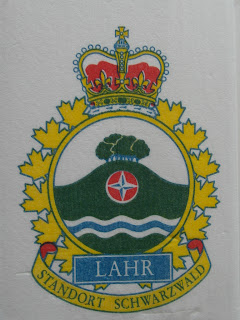 One of the high points of the closing of the Mess was the turning off of all the lights and only candles alight outside.  From the balcony overlooking the lawn, a group of officers, who called themselves "The Bunker Boys,"  sang a "goodbye" song, which brought tears to many eyes, including to many of the men.
﻿

A few other events took place in the early 1990s.  Here are a few of the pictures: 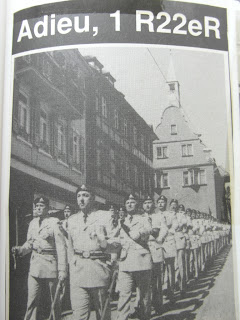 The last march on the Markstrasse in Lahr 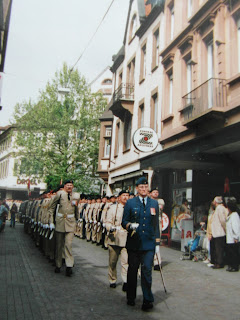 A safety award being presented by Hans to Herr Albert Dott 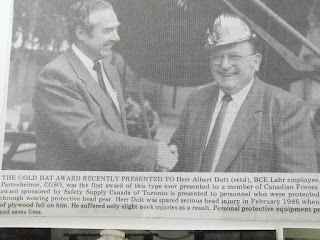 Below: This picture shows those who attended the last Mess Dinner of the BFOM in 1994. It was held at the Senior NCOs' Mess, as the BFOM had closed in the summer of 1993.   Several other officer functions were held there during the last year.  The picture was taken by a Base photographer. Hans is standing in the back row, 6th from the left. 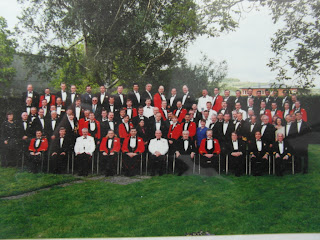 A highlight at the BFOM was when Mike Hewes put an air mattress into the pond, climbed on board, stretched out and enjoyed a glass of wine! 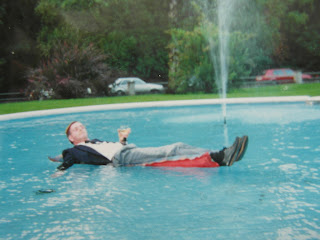 All good things come to an end!
I will at some later time show the further changes at the Kaserne and Airfield.  To enlarge any of the pictures, just click on them.﻿
﻿
﻿