Entrance to the Bridgetown farmers' market 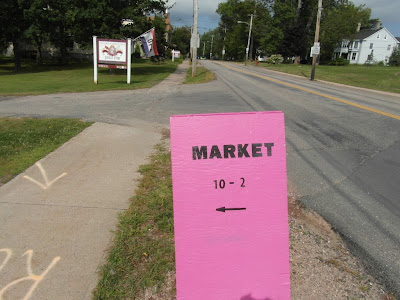 As in many towns everywhere, here in Nova Scotia the farmers' markets draw locals and tourists alike.  Bridgetown in the Annapolis Valley has a small one every Tuesday.  I decided to check it out, to browse and to see what was on offer.  It is now late August and things are slowing down, but it is still summer with offerings from the gardens.


Families take their children to the market and to play in the park.﻿ 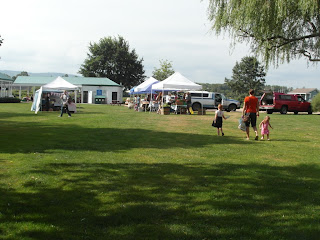 The market is held in Jubilee Park on the edge of the Annapolis River.  It had just opened when I arrived. 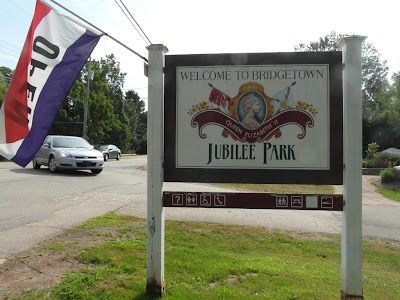 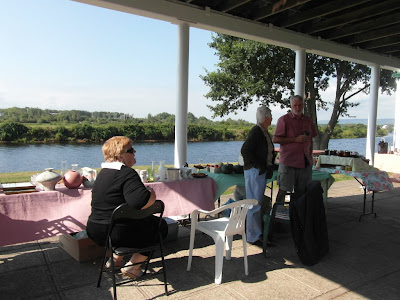 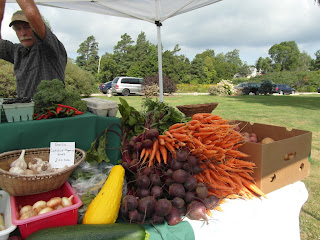 ﻿
﻿
﻿
I bought some strawberries at the booth below.  The gentleman moved to the Valley from Holland 45 years ago 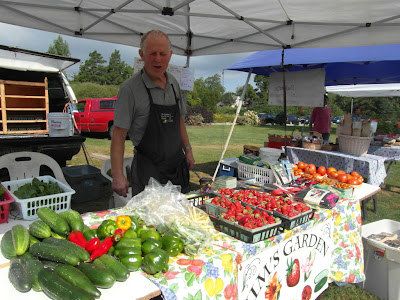 ﻿
﻿
A bite to eat at the market before going home, with sausages always popular 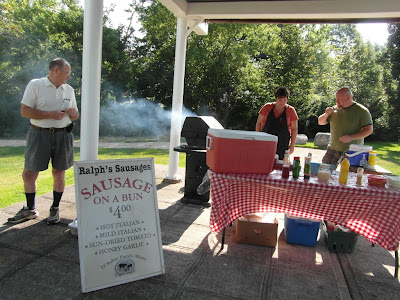 In early August two of my sisters and one brother-in-law and I went to the market in Hubbards, a small town along Nova Scotia's South Shore. This beautiful area on the edge of the Atlantic Ocean is home in summer--along with its residents--to Americans, Germans and other Canadians, people "from away."  In the Maritime provinces (Nova Scotia, Prince Edward Island and New Brunswick) and Newfoundland that is the common expression for anyone not from there.  But  once born and bred in these Atlantic provinces, one is forever a Maritimer or a Newfoundlander.  And proud to be so! 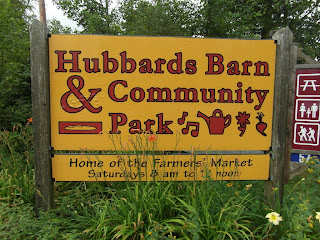 My sisters Carol (forefront) and Anne and brother-in-law Stephen
﻿ 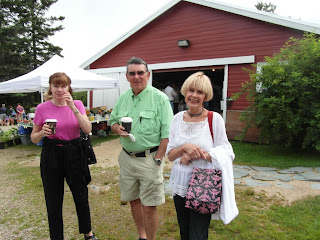 We arrived at the market around 10 in the morning.  It was busy.  The majority of stalls were in two rooms inside a large barn-like red building with high beams, wooden walls and floors.  The place was filled with people of all ages, some buying and some selling.  It was lively with a group of three men entertaining the crowd with what we call "good ole down home fiddling music." 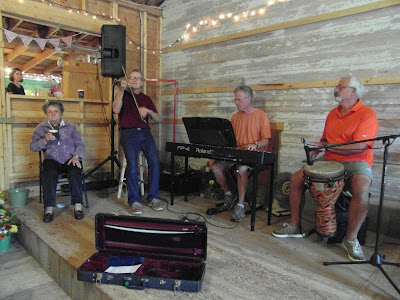 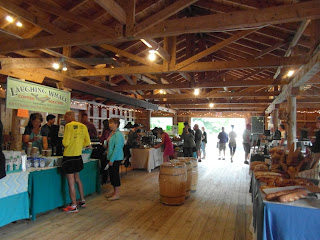 On the right, below, a view of the interior of the building.  One felt the friendliness immediately upon entering.  The wooden beams and floors, the many tables of vegetables, bread, fish and wine and the warmth of
the locals added to the charm of it all. 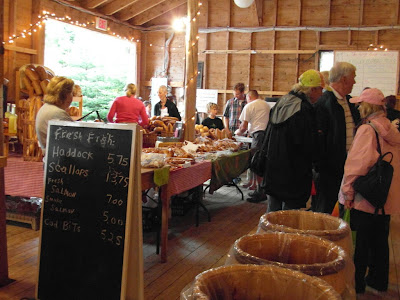 All manner of bread is offered: baguettes, round and oblong loaves, brown, white and whole grain, with much of it made in traditional European style 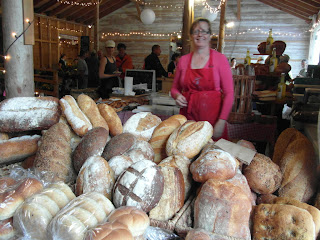 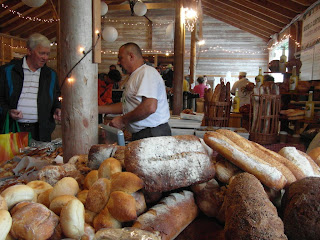 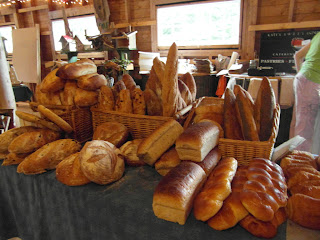 Always some fruit and vegetables
﻿ 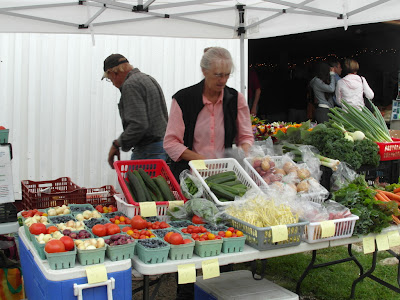