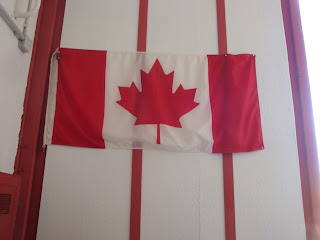 The Royal Canadian Legion Branch 004 celebrated Canada Day a few days early by having a barbecue on Sunday, June 26th.  I joined those that had gathered on that hot and sunny afternoon at the Legion premises at the former Canadian Forces Base Lahr airfield. 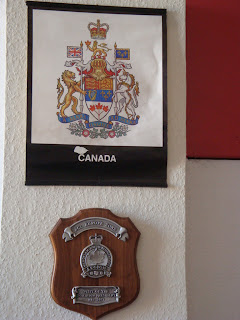 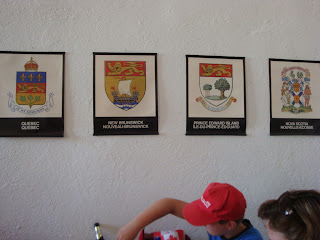 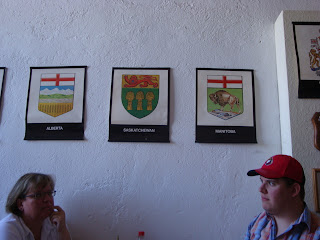 I neglected to get a picture of those sitting outside as that, of course, is where many were.  The majority, though, sat inside out of the heat.  Some of those who attended the BBQ are shown below. 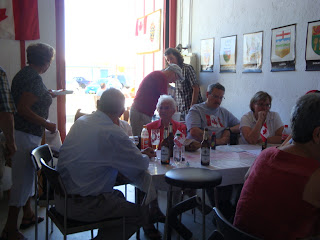 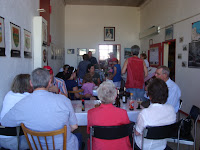 The Royal Canadian Legions in Germany continue to celebrate Canada's special holidays and traditions.  They also continue to honor those military members who have died in the line of duty during past and present wars, as well as those who lost their lives during peacekeeping operations.  Members of the two Lahr Legions make several trips a year to various Canadian war cemeteries here in Europe.
Below, Erika and Gaetan Bienvenue, both on the executive of Branch 004 (Gaetan as Past President, Erika as Treasurer).  They are now in Ottawa on holiday and celebrated Canada Day there on July 1st. 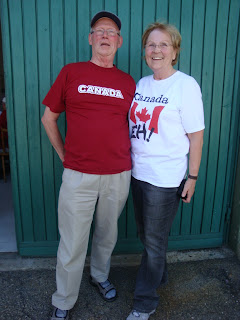 Canada Day
On Friday, 1 July 2011, a small plaque was dedicated to commemorate the opening and closure of Canada Haus.  It was placed amidst a flower garden in front of the Canadian sugar maple tree that was planted seventeen years earlier outside Canada Haus on 1 July 1994.  A few former volunteers and committee members gathered to toast Canada Haus and Canada, along with a musical rendition by Christoph Haarmann. 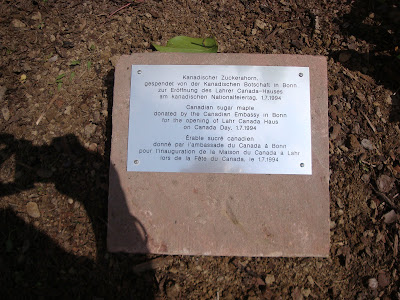 The group below includes Christoph on the right; beside him is Herr Sannert, the owner of the building that housed Canada Haus; then Gertrud Binder, Gisela Smotricz, Charmaine Alt and lastly, Charlotte Haarmann.  On the right, the maple tree that was planted in 1994.  The plaque can be seen in the forefront. 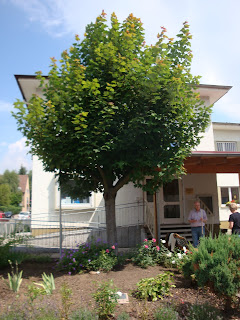 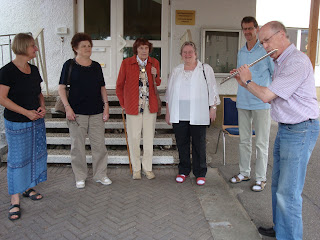 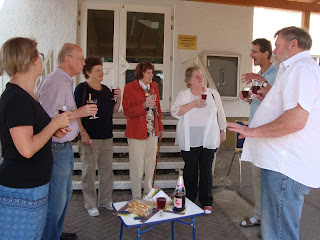 Above, the group with a toast to Canada Haus and in honour of Canada Day.   Jürgen Binder is on the right.
Canada Haus closed officially at the end of December 2010.  For the following couple of months, committee members and volunteers continued to sell, give away and remove everything in it, including tables, chairs, TV, photocopier, computer, lamps and so on.  The last to go were the books from the library, a domain I loved as did others like me and where I volunteered my services for many years. 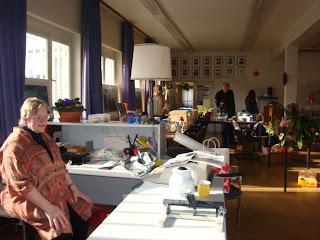 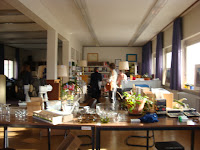 Gertrud Binder is shown on the left during the flea market.  She was the librarian for Canada Haus. 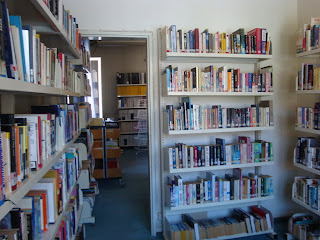 The flea market was held in late November 2010 with many items being sold, including books, CDs and DVDs.  A school in another town took quite a few of the books.  The Lahr City Library was not interested in any.  Little did they know what they missed as we had some beautiful non-fiction hardcover books on Canada, many with colour illustrations.  In the end, we were giving them away.
On the last day, hundreds of books were put through the second-floor window into a dumpster below.  It was heartbreaking to see them go.  I believe that many of those books went to a secondhand store that gives much of the money from donations to good causes.  Perhaps someone will buy them, although most Germans will not be interested in a book written in English or French; some great additions, though, for those young people studying English or French or subjects relating to Canada or for those who plan a trip to Canada. 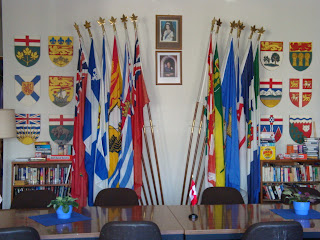 Below and at right:  pictures of the Base Commanders from 1967 through 1994 and the coats-of-arms and flags of the provinces and territories. 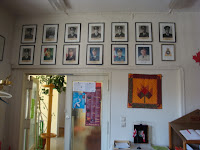 As well as the loss of books, we also lost all the bound Der Kanadier (CFB Lahr and Baden's weekly newspaper), from the first one in 1967 to the last one in 1994.  The flags and coats-of-arms from Canada's ten provinces and territories and the pictures of all the former Base Commanders in Lahr went as well.  At least all of that (except for the books) went to the City of Lahr.  We hope--as they have said--that those artifacts will someday be in a museum in Lahr to pay tribute to the Canadian military heritage here.  If that happens, then they will be available for all to see here.
Below, a view of the Lahr Stadtpark and the gazebo with the two benches donated by Canada Haus. 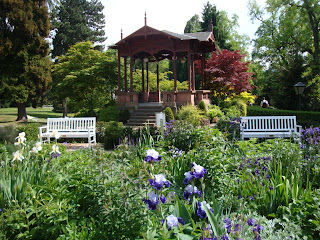 Shortly after Canada Haus closed, the last money that remained from membership fees and other things went to the City of Lahr with the stipulation that it be spent on two benches for the Stadtpark.  The plaque on each bench is engraved with the name Canada Haus and the years it was part of the community:  1994 - 2010.  (Another bench was presented by the Deutsch-Kanadier Club somewhat later at a special ceremony.) 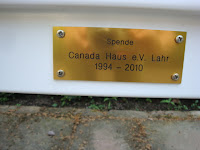 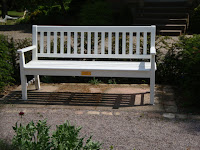 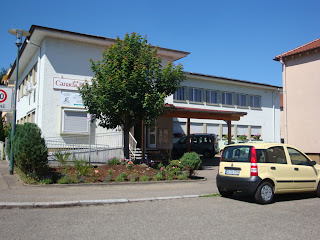 A chapter at former Canadian Forces Base Lahr has ended with the closure of Canada Haus, but the presentation of the benches to the City of Lahr in the name of Canada Haus will ensure that we are not forgotten.
Posted by Janet MacDonald at 12:48 PM