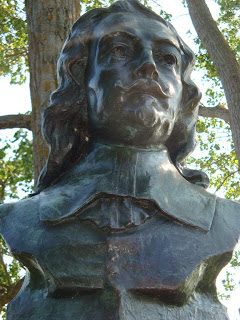 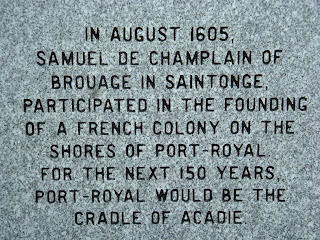 Champlain--the bronze bust above--was one of the great French explorers. 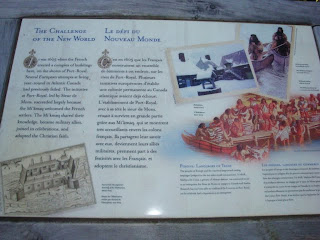 In 1605 Samuel de Champlain arrived on the shores of the Annapolis River.  There, along with Pierre Dugua, Sieur de Mons, he founded the settlement of Port Royal on the edge of the Annapolis Basin, across the river from present-day Annapolis Royal.  During those first years, the men traded furs with the Mi'kmaq native tribe and developed a good relationship with them. (The Mi'kmaq had occupied the land of what became the Maritime provinces for thousands of years, long before the Europeans arrived.)

Below, a replica of the original settlement at Port Royal. 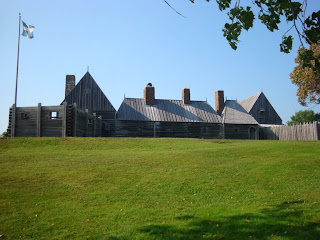 Unfortunately, that settlement was destroyed by the English in 1613 and abandoned by the French.  Although left with only the clothes they wore and without any cover from the weather, the men managed to survive the following long, cold winter due to help from the native people.  They later returned to France.


The pictures below show the entrance way into the settlement and the inner courtyard.. 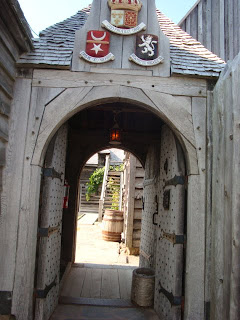 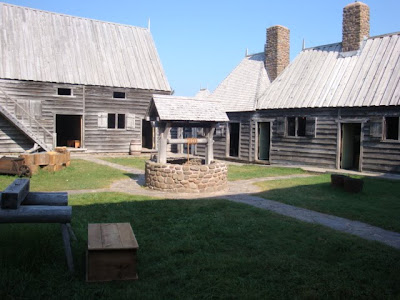 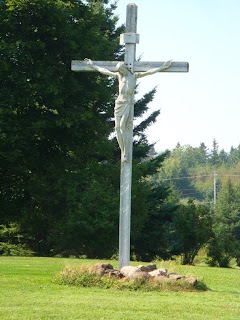 The cross shown is on the outer grounds of the site.

In about 1629 the Scots attempted to colonize New Scotland (their name for present-day Nova Scotia).  They built a fort which evidence suggests was on the land of today's Fort Anne, one of the main tourist attractions in present-day Annapolis Royal.  That colony reverted back to France in 1630 and a second French settlement was then established at what we now know as Annapolis Royal.  It was named Port Royal after the original settlement and became the capital of the French colony of Acadia, which then comprised what is now Nova Scotia and New Brunswick. 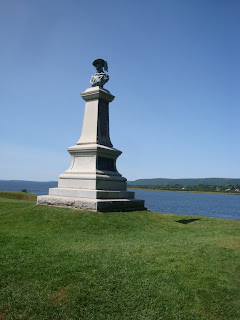 The monument at left honours D'Aulnay.  This stands on the grounds of Fort Anne.

In 1634 Charles de Menou D'Aulnay erected the first of four forts to be built on this piece of land.  He was responsible for establishing the Acadians at the second Port Royal.  Although subject to frequent attacks by British military forces and by its colonists in New England, Port Royal #2 grew for nearly a century, with Acadia remaining in French hands for most of those years. The earthworks at the fort are from the last fort built there in 1702. 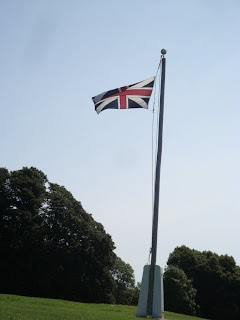 Two views below of Fort Anne, situated in the centre of present-day Annapolis Royal. 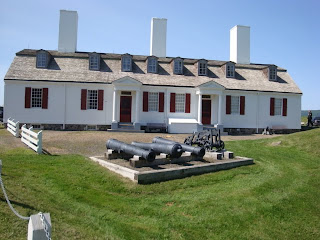 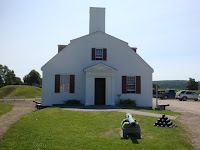 In 1710 the French at Port Royal #2 were finally defeated by the British.  British regiments, with their families, occupied the fort until 1854.  Port Royal was renamed Annapolis Royal after Queen Anne, who was the reigning British monarch at that time.  It was a combination of Port Royal, the queen's name, and the word "polis," the Greek word for city.  Acadia was granted to the British in 1713 under the treaty of Utrecht.  This included only the peninsula of Nova Scotia, not New Brunswick.  The years following that treaty were often turbulent as Britain and France continued the struggle for Acadia and North America. 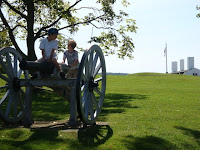 Some of the cannons on the Fort grounds, with children and a wedding party enjoying the experience 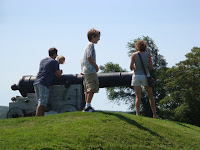 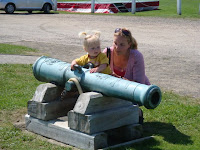 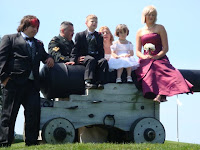 Port Royal/Annapolis Royal is the oldest continuous European settlement in North America north of St. Augustine, Florida.  It was the capital of Acadia and later Nova Scotia for almost 150 years, until Halifax was founded in 1749.  (Quebec City was settled in 1608 thus that is the oldest city in Canada.)
After extensive excavation by archeologists, the Canadian government in 1939-1940 rebuilt Port Royal's early settlement on the Annapolis Basin on the former site according to the original set of French plans.  That old garrison is now called Habitation of Port-Royal.  It is well worth a visit.  This is where Champlain started l'Ordre de Bon Temps (the Order of Good Cheer), the first social club in Canada.  Food and drink were an important part of those get-togethers.  That club still exists with members meeting throughout the year. 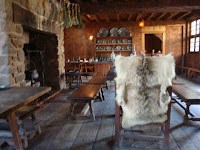 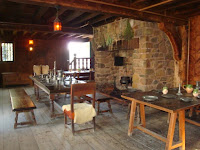 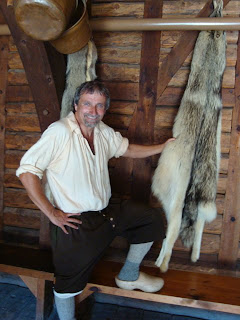 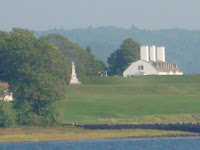 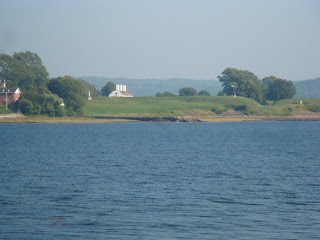 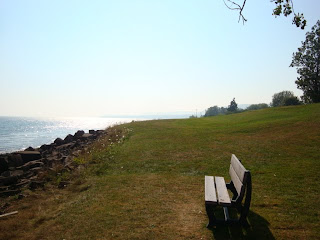 The view at left is on the site of the Habitation
A peaceful spot to sit and contemplate how courageous our early settlers were and the hardships they endured
The Habitation of Port-Royal is 10 kilometers west of Annapolis Royal, via Granville Ferry, on the other side of the Annapolis River.  Fort Anne is situated in the centre of Annapolis Royal on the shores of the Annapolis River.  Its museum highlights the history of the fort.
In 1917 the fort became Canada's first National Historic Site and along with the Habitation of Port-Royal the oldest historic sites in Canada. 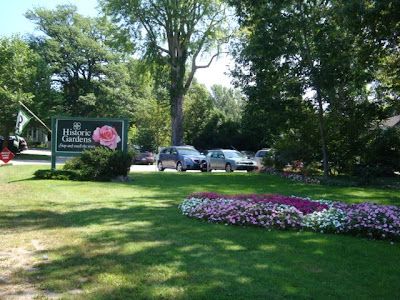 Well worth visiting as well are the Historic Gardens.  Seventeen acres were designed to represent various periods of Acadian history.  It includes the largest rose collection in Eastern Canada.  Open May through October.
An unusual attraction is the Graveyard Tour at night by candlelight.  Alan Melanson takes you on a tour into the past.  This is the oldest English graveyard in Canada, with the oldest tombstone from 1720.  This is the 18th season for this acclaimed event.  It takes place Sunday, Tuesday, Wednesday and Thursday night at 9:30 p.m., beginning at Fort Anne.
Note:  I have come across different spellings in one or two instances regarding names.  I have tried to be as accurate as possible.
My next post will be about present-day Annapolis Royal, show casing some of the historic inns, houses, the market, the boardwalk and the various cafes.
To see the pictures in a larger format, just click on them.  To return to the post, click on the arrow at the top left corner of the page.
Come and visit Nova Scotia and enjoy the tours and the beautiful countryside!

Posted by Janet MacDonald at 7:16 AM