TGIF at the former Senior NCO Mess in Lahr 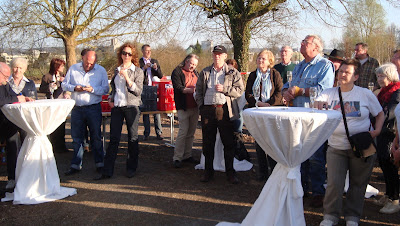 On Friday, the 25th of March, in late afternoon, we and other former Canadian military members, civilians, spouses and Germans who had worked for the Canadians at Canadian Forces Base Lahr and Canadian Forces Headquarters Europe visited the former Senior Non-Commissioned Officers' Mess for what, as the new owner said, was definitely the last TGIF to be held there.  (TGIF meaning--for those who are not familiar with that term--Thank God It's Friday.)
Two of the buildings in the area of the Mess that will be torn down. 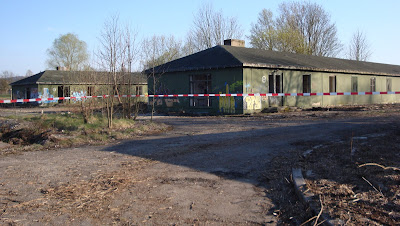 Views of the Senior NCOs' Mess covered with graffiti. 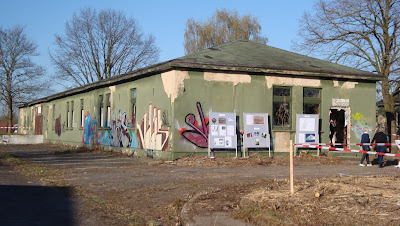 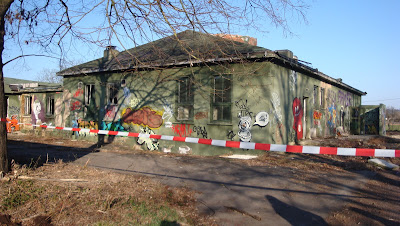 We were shocked at the amount of graffiti on all the buildings, with the Senior NCOs' Mess covered with it inside and out.  Though fences were high and the gates had been kept locked for many years, vandals nevertheless found their way inside the fenced-in area.  It is disgraceful how these vandals ruined private property.
The picture of Hans and I shows the secluded area at the back and side of the Mess. 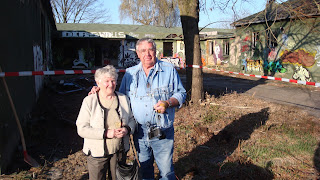 This picture is from the side door leading into the building 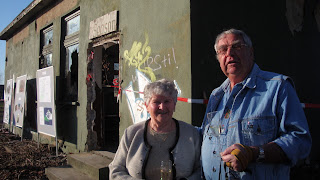 When we arrived at the former Mess building, small tables--stand-up style--were in place and a young woman was behind a long "bar" table that held glasses of German Sekt (German Champagne)--with orange juice available if wished.  Cases of mineral water and apple juice were beside that table with glasses ready. 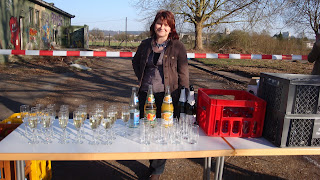 Below, the Lahr Bürgermeister on the left and the developer on the right explaining what was happening within the area. 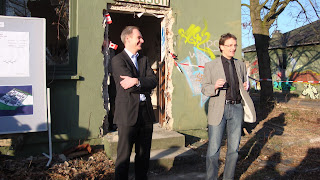 We all then wandered into the former Mess, where graffiti greeted us once again.  Nothing, except for part of the old bar, was left. 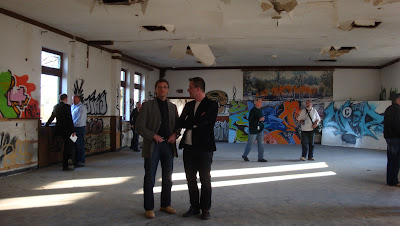 Behind the bar was a young man offering Canadian Club whisky for those who wished it, reminiscent of the old days, when the Senior NCOs would gather around the bar on Fridays for TGIF after work.  The atmosphere was certainly different but the feeling of former days was in the air. Gaetan and Hans served by the bar man. 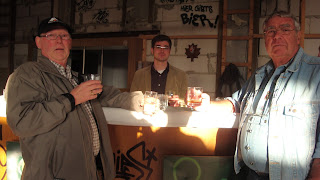 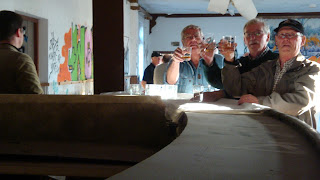 Hans, Colin and Gaetan beside the bar with glasses raised.
Although I had never stood beside this bar before and I didn't drink whisky, I enjoyed the nostalgia nonetheless.  Bill Fairley is shown on the left side in the picture. 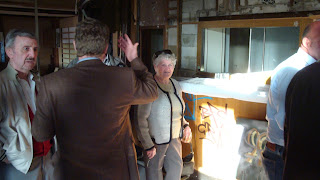 The owner and organizers went to some trouble to find information and pictures of the days just prior to CFB Lahr's closure.  Trisha Cornforth helped in that effort.  Some of the signs and information posted outside the Mess can be seen below.  The first one shows the plan for the area and those underneath it depict a few of the last pages from Der Kanadier, the CFB Lahr and CFB Baden military newspaper. 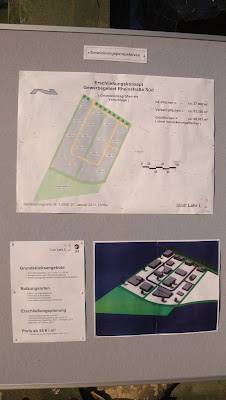 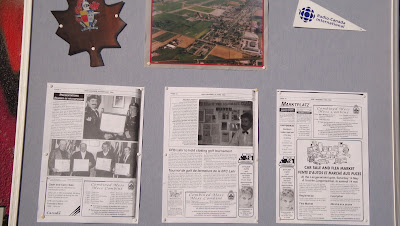 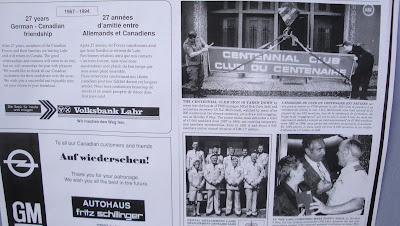 On the bottom right corner of the picture to the right it shows Hans and I in 1993 receiving our Black Forest Officers' Mess retirement gifts (engraved wine decanters) from the Base Commander, Colonel Les Corbett. 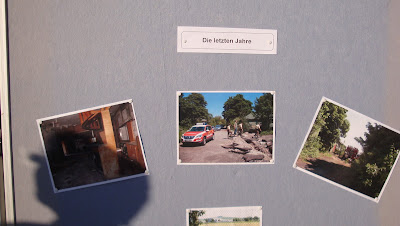 The late afternoon/early evening get-together was a nostalgic look back in time and also a look forward to the changes to come.  Canadian Forces Base Lahr is no more but the memories linger on.
Erika, Hans, Gaetan, Laska 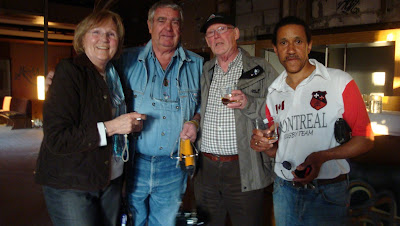 Aufwiedersehen!
Posted by Janet MacDonald at 2:08 AM