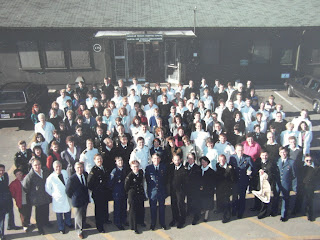 The above picture was the last taken of hospital staff at the "old" hospital at the airport (Flugplatz) before moving into the "new" hospital by the Kaserne in 1991. 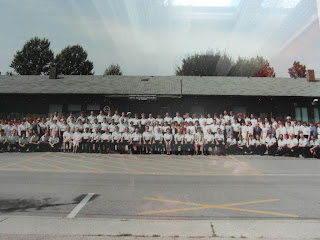 The picture above was taken in the late 1980s
I have been ill with a chest cold for some time which means that I haven't had a chance to post an article recently.  I have had several people ask me in the last months via my blog post whether I had any pictures of former Canadian Forces Base Lahr and of Canadian Forces Hospital Europe.  I came across several, so today I will post some of the hospital for those of you who are interested.   The three pictures of the hospital staff in front of the two hospitals and of the two group pictures of the Medical Records Staff  were taken by Base photographers.  A couple were taken by friends for me.   I have taken pictures of the snapshots I took in the 1980s and 1990s and of those just mentioned above.  Thus some will not be clear.  I hope, however, that they will bring back fond memories.


Below, our "new" Canadian Forces Hospital Europe in 1991. It is now a German Heart Clinic. 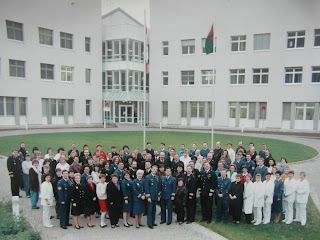 Raising of the flags, below. 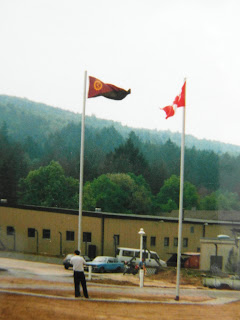 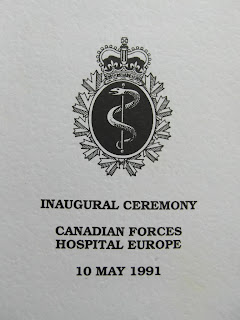 I happened to drive past the former base hospital the day they were tearing it down.  shown below. 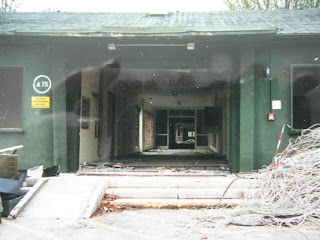 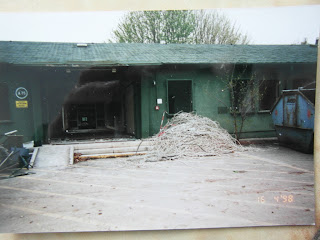 Europahof was also in the process of being town down in 1998. 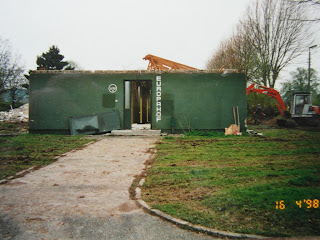 Some pictures follow of my department and staff in Medical Records.  In the late 1980s, we were a staff of 12, up from the original four.  Those four included Admitting, In-Patients, Switchboard and Statistics.  The twelve included Dictatyping, In- and Outpatients' records as well.  The picture directly below was taken in the late 1980s; the bottom one, in 1991. 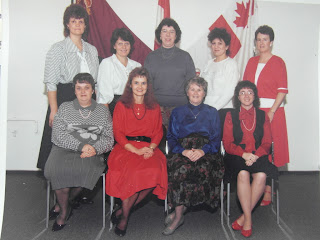 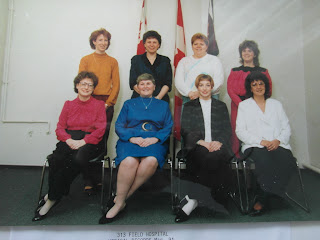 The hospital included some fun times as well as work.  The following was taken at the annual Hospital curling bonspiel in the early 1990s. 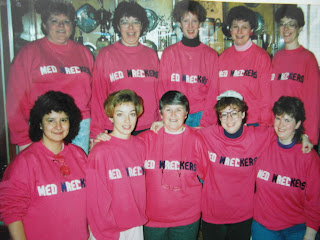 The two Lils who both worked in Admitting at different times, and me 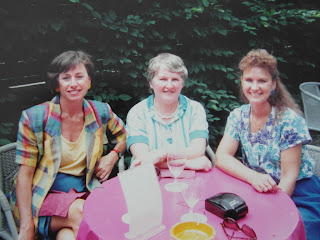 Below:  A moment to socialize 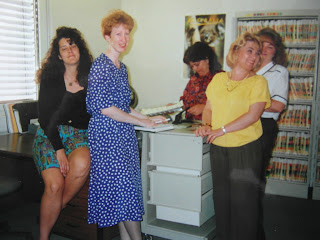 Happy Hour (TGIF) was traditional at the hospital late on a Friday afternoon.  The picture below is of the canteen/pub taken in about 1981 or 1982 at the old hospital.  Hans is in red.  The picture following was taken at the new hospital. 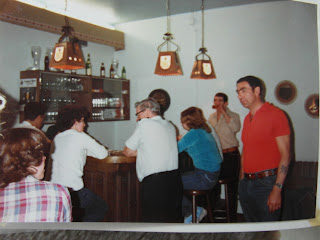 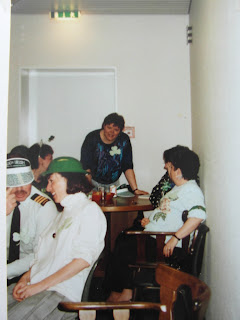 Almost the last day in my office. 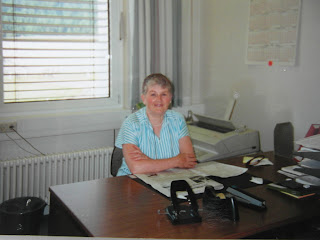 The last day of our hospital as a hospital was the last Friday of July 1993. (It became a clinic until official close-down in 1994.) The picture below is of me and my now small staff on our last day. 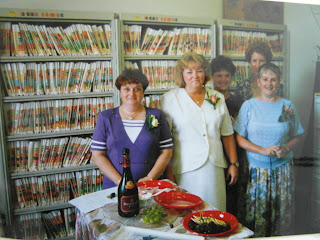 Signing the papers to close the hospital officially. 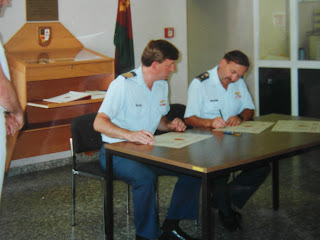 I am signing the book 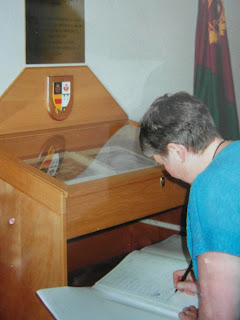 Medical and other military staff at the signing 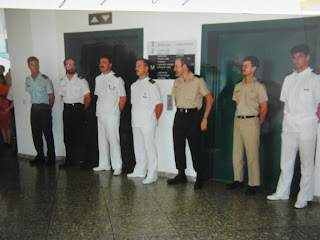 Thus ended in 1994 the Canadian military and medical presence in Lahr.
My next blog post will include pictures of the Kaserne in 1994, before the buildings there were torn down..
﻿
Posted by Janet MacDonald at 5:27 AM