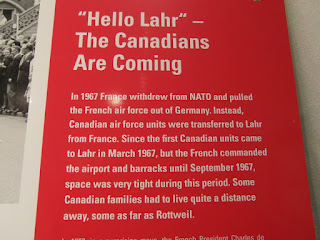 On Sunday, May 5th, the City of Lahr paid tribute to the Canadian Lahr years--1967 to 1994.  The Canadian Attache from the Canadian Embassy in Berlin, Colonel Tony Lovett, and Mr. David Ehinger, also from the Embassy, attended this special occasion.  It was held in the Stadt Lahr Villa Jamm at the Stadtpark.  Both gave short speeches.  Around 150 photos were showcased in two rooms, a huge amount of work and well done.  The exhibition was called "Lahr - Klein-Kanada am Oberrhein." 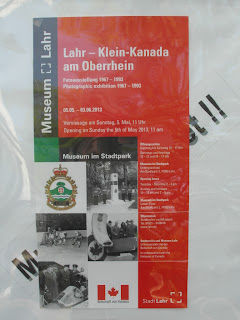 A tribute was paid to the Canadians and Canada by the Oberbürgermeister of Lahr, Dr. Wolfgang Müller.  Frau Gabriele Bohnert, the archivist of the museum, also spoke. 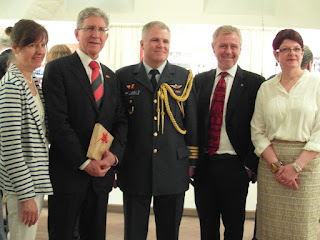 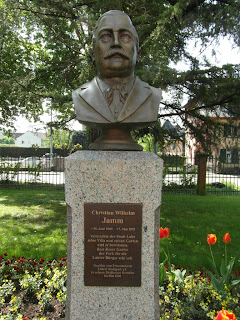 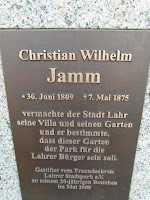 The Villa Jamm below with Ulrike and Colin Starr walking by 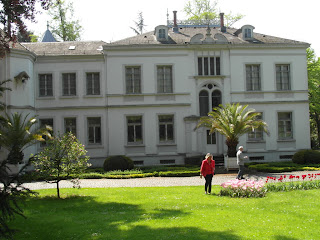 ﻿
The following pictures were all part of the montage of photos displayed in the two rooms of the museum.  They begin with the entrance of the Canadians to Lahr in 1967.
(I would suggest that you click on each picture you wish to see in a larger format as some of them are difficult to decipher otherwise.)
The March Past﻿
﻿ 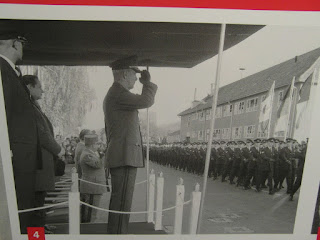 The Canadians have arrived!﻿ 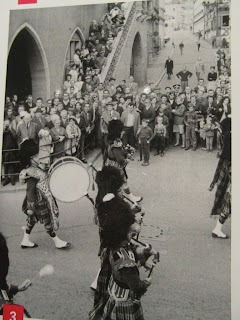 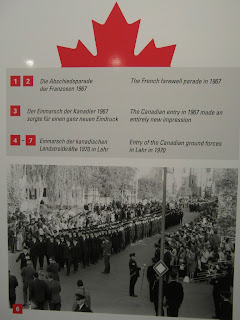 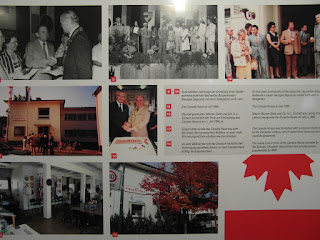 Above, several pictures of  the opening of Canada Haus in 1994 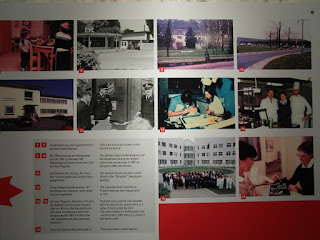 The montage at right has pictures of the new hospital; of Hans, the German chef, in the kitchen of the old hospital; of the CYC and of the Salvation Army premises﻿


Packing up and the marching bands﻿ 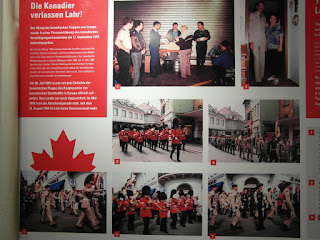 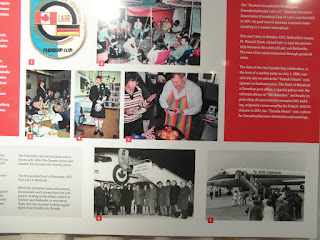 Canada Haus held many events during its 18 years, as shown on some of the photos at left.  Jürgen Binder can be seen carving a turkey and Ingrid Puschmann saying, "I have now had enough, thank you." 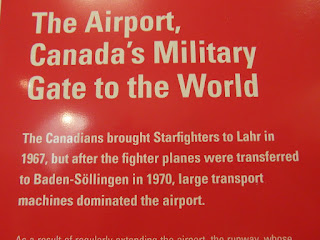 Many people arrived and departed over the years from the CFB Lahr airfield, including special visitors from time to time. 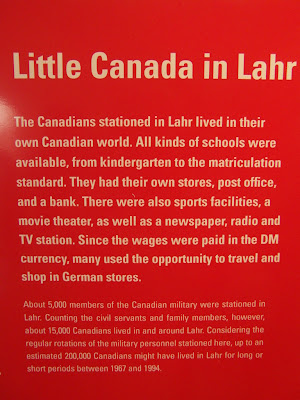 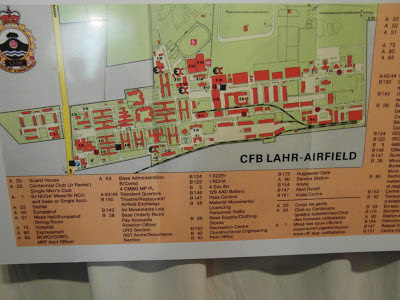 Below, centre picture, top, shows Kevin Power on a Volksmarch
﻿
﻿ 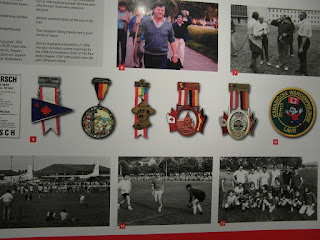 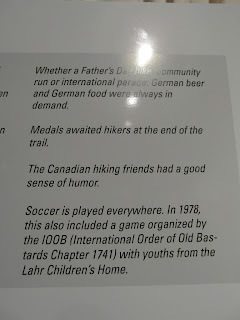 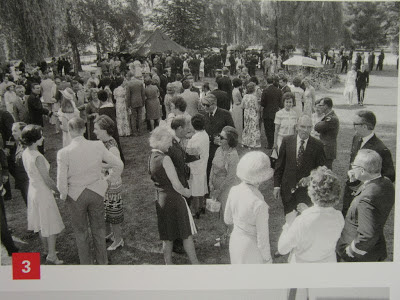 Not just the military do the marching. This Army truck driver is being accompanied! 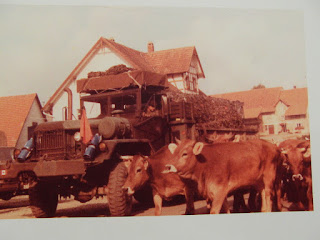 Not all was rosy!  From time to time protestors stood at the gates to the Kaserne or Airfield.
﻿
﻿ 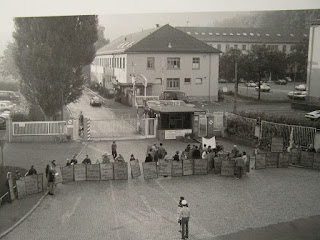 A view of the exhibition rooms.  Juergen and Gitta Kull are shown in the centre. 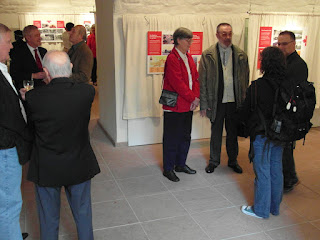 Horst (Ernie) Grossek was a well-known ski instructor with the Canadian military in Germany.  He and his wife live in the Lahr area.  We ran into them at the museum. 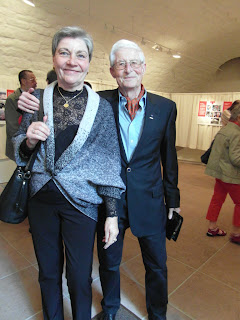 The trees and bushes were beautiful that day in the park. 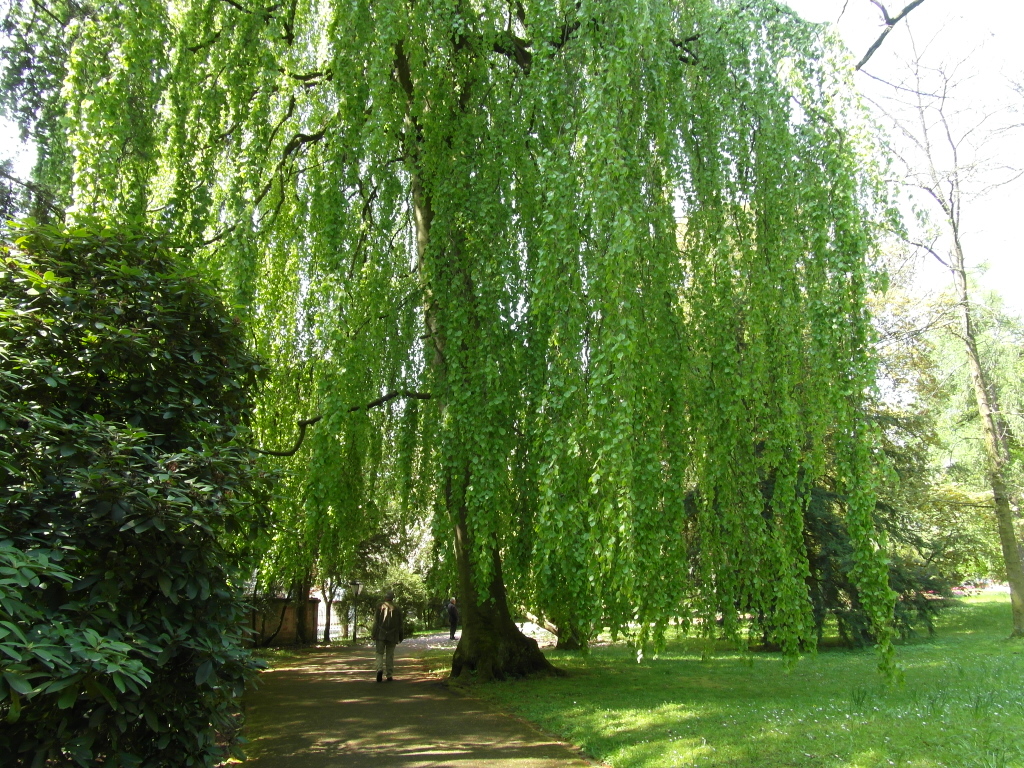 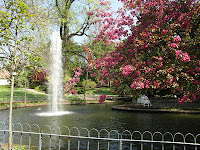 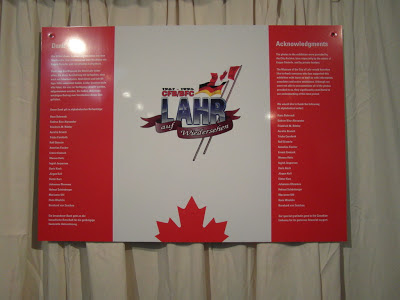 This exhibit, we were told, will be heading to Belleville, Ontario at some point.
A Lahr reunion is being planned for early May 2014.  For information, please check the Der Kanadier Facebook page.﻿