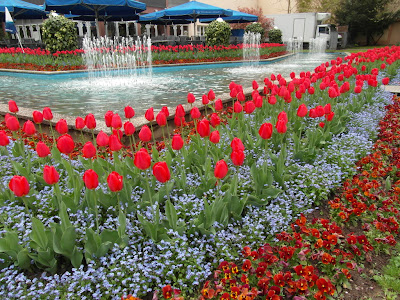 The tulips are a good two weeks to a month late, but now they stand in all their glory for all of us to enjoy.  The Stadtpark in Lahr held their annual tulip festival last weekend, the date having been moved forward two to three weeks after a cold spell hit the area.  As my friend Gertrud mentioned, Ottawa and Lahr both celebrated their tulips together on the same weekend this year.
I visited the park this past Monday and although the sun wasn't shining, it was still a beautiful sight to behold.  The picture above shows the flowers circling the fountains that are beside the Stadtpark restaurant, which at one time was a good German Gasthaus; today it is a Greek restaurant and has been for some years now.
Here are a few of the other pictures I took throughout the park: 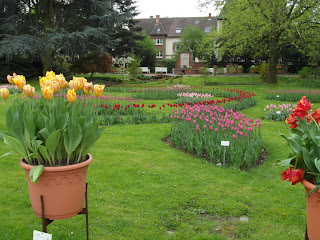 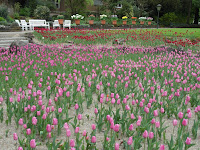 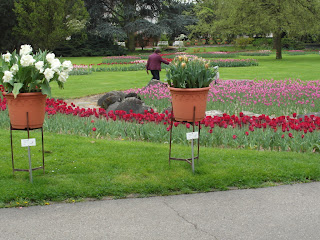 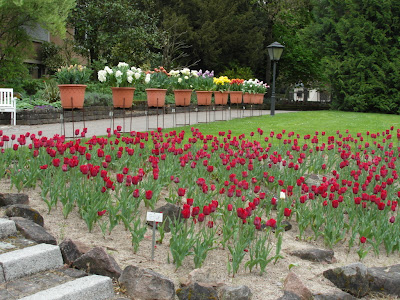 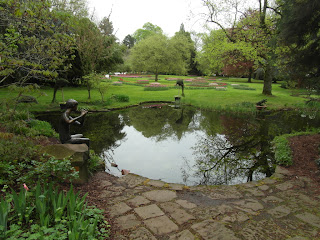 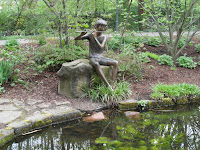 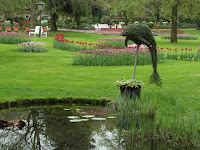 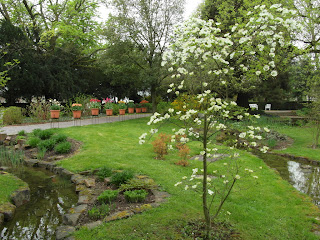 ﻿
Now for some of the tulips in planters: 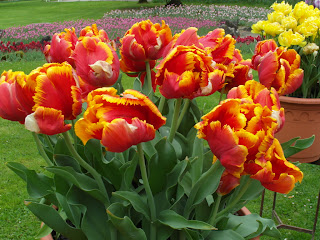 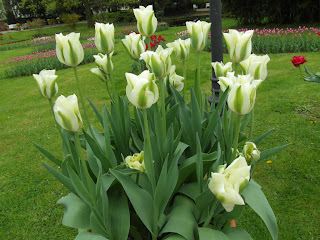 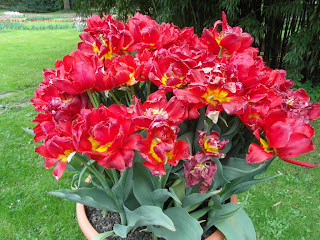 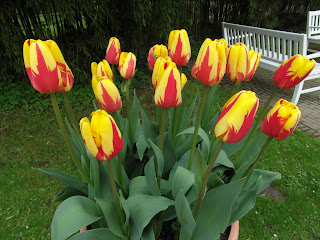 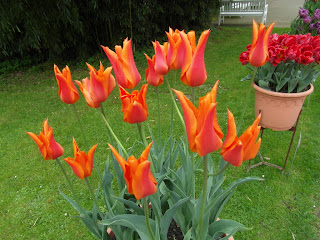 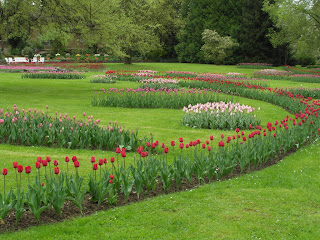 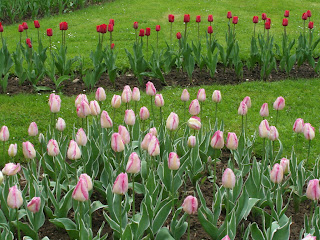 After I visited the city park, I headed to the traffic circle at the crossroads of the B3.  When the Canadians were here, it wasn't a traffic circle but just where the Rheinstrasse {leading to the base), Dinglingerstrasse, Offenburger and Freiburger Strassen met.  Here are a few pictures for those who are nostalgic for Lahr.
The picture below shows the former Gasthaus Hirsch at the corner of the Freiburgstrasse and Dinglingerhauptstrasse.  It is now a Turkish establishment.
﻿
﻿
﻿ 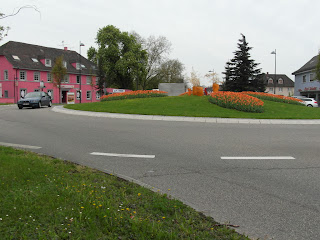 The picture following shows the Carl Schmidt building as one turns up the Rheinstrasse towards the former CFB Lahr Flugplatz. 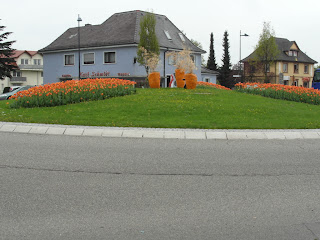 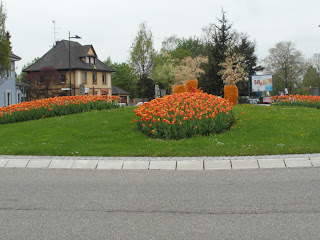 These buildings are on each side of the street leading to the former Air Base. 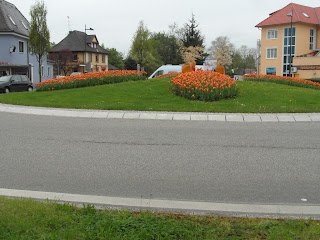 This building below was the former Gasthaus Adler and to its left was the late Willie Dreyer's car business.  It is now a Russian gambling casino. 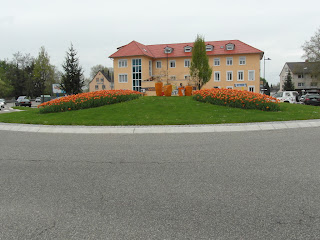 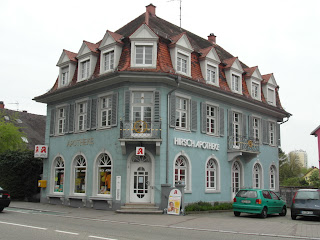 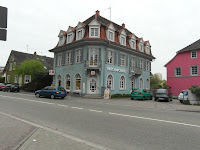 The Hirsch Apotheke has not changed.
The tulips are in bloom everywhere as are many spring bushes.  It is a beautiful time of year in this part of Germany, as it is, of course, throughout the country.  I hope that the tulip festival in Ottawa was a success and that the weather co-operated.
Our garden needs a little weeding, but here is a patch of tulips near our front door. 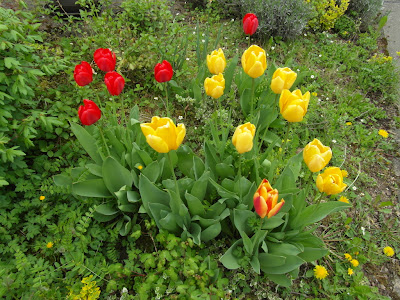 I hope spring is bursting into flower wherever you happen to be!
﻿
﻿
﻿