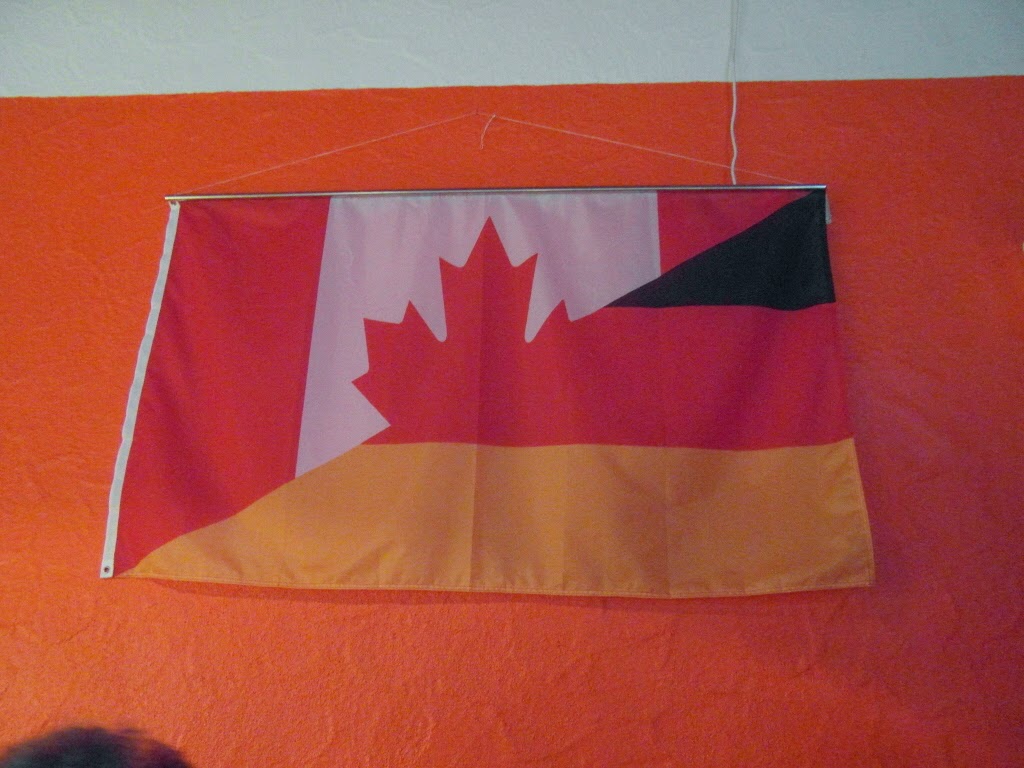 When planning for events to take place during the Lahr 2014 reunion, we would not have believed that someone would offer to host one for free for those Canadians and others who wanted to take part in the festivities.  But there was such a person.  He was a German gentleman who lived outside Lahr and one who had worked at Base Transport for the Canadian Forces for several years. 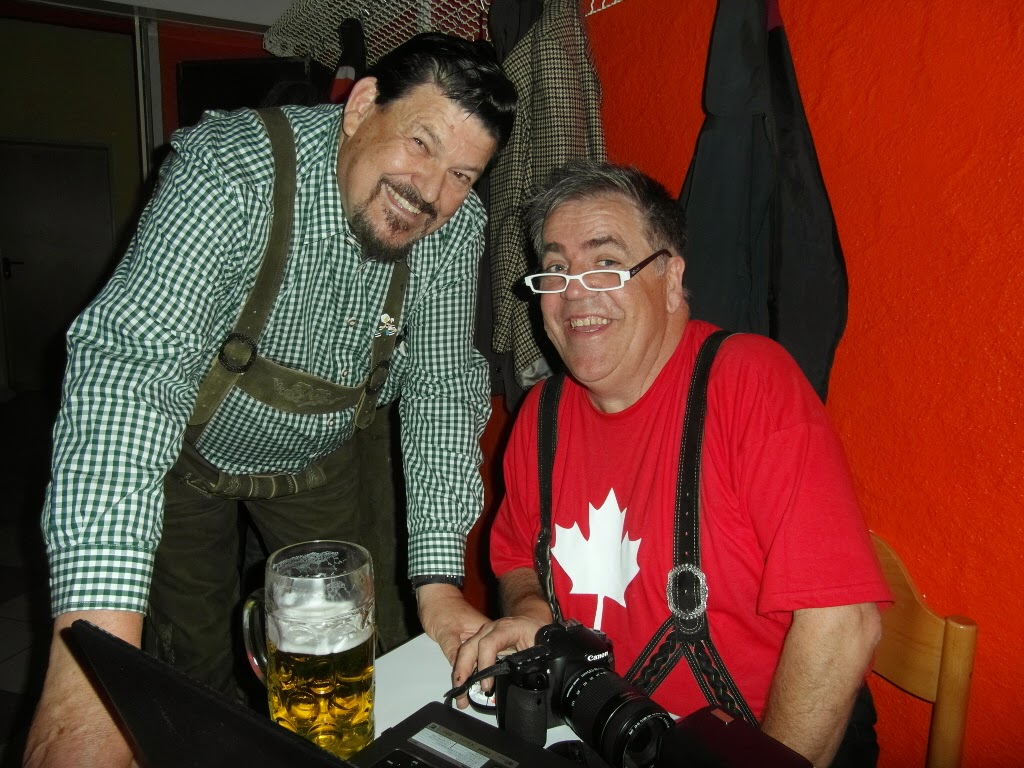 Harry Rideout, one of the organizers for the reunion, met him and thus that offer was made.  We accepted gratefully, although at first we wondered if such an evening would come about.  The gentleman's name was Hartmut "Habo" Müller and he meant what he said.  He promised music, dancing and food--at his expense.  All that anyone had to pay was whatever they wished to drink. 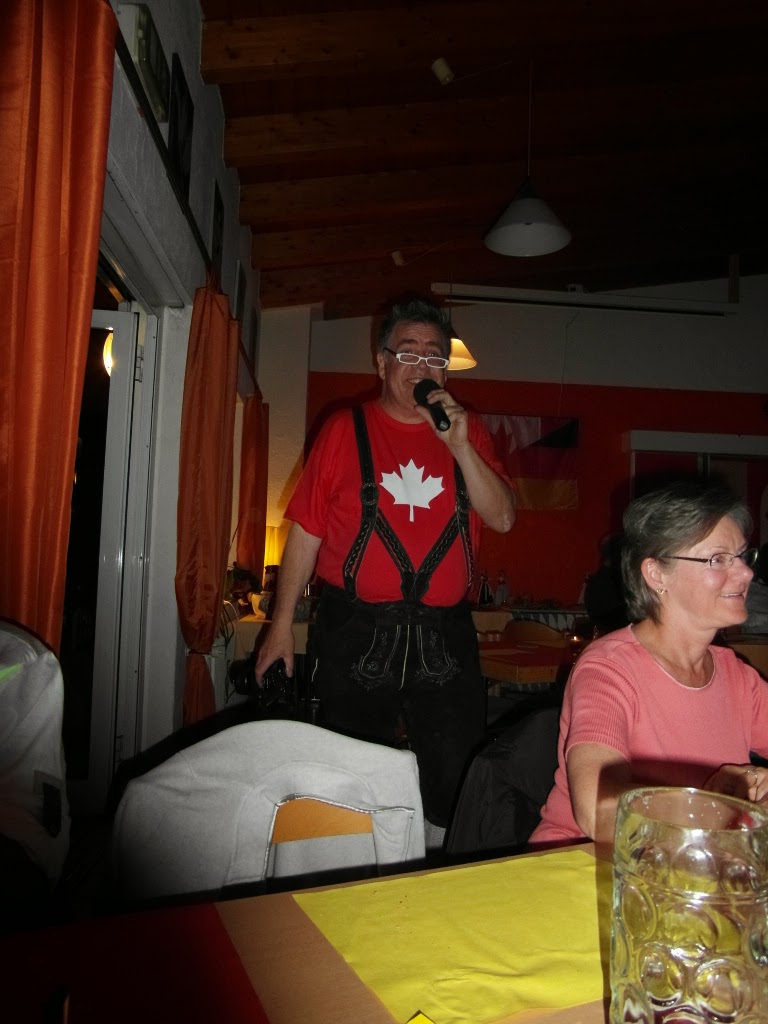 On Monday, 5 May, a wonderful evening of food and music was held at the sport centre in Mahlberg, a town outside Lahr.  Habo went all out for the Canadians and many Germans as well.  Thus that evening at the Sporthaus was our second event.  This turned out to be another fabulous time.

Habo often works as a DJ at parties--playing music and singing himself--so he was not only our host for the evening but our entertainment as well.  We had had 80 reservations for this, but about 150 to 160 people found their way inside.  The weather co-operated, so many were outside on the large veranda, one covered overhead, with open sides.

Habo's music got everything going and set the mood for the night with  great German folk music, dancing music and Fasching-type music.

The following pictures tell the story.  They also show many of the guests who enjoyed it all.  As I plan to add quite a few, many will be in small format.  To enlarge any, just click on the picture.


Ken Jacobs, one of organizers, his wife Heidi on the right and Ellie Rideout, Harry's wife, on the left 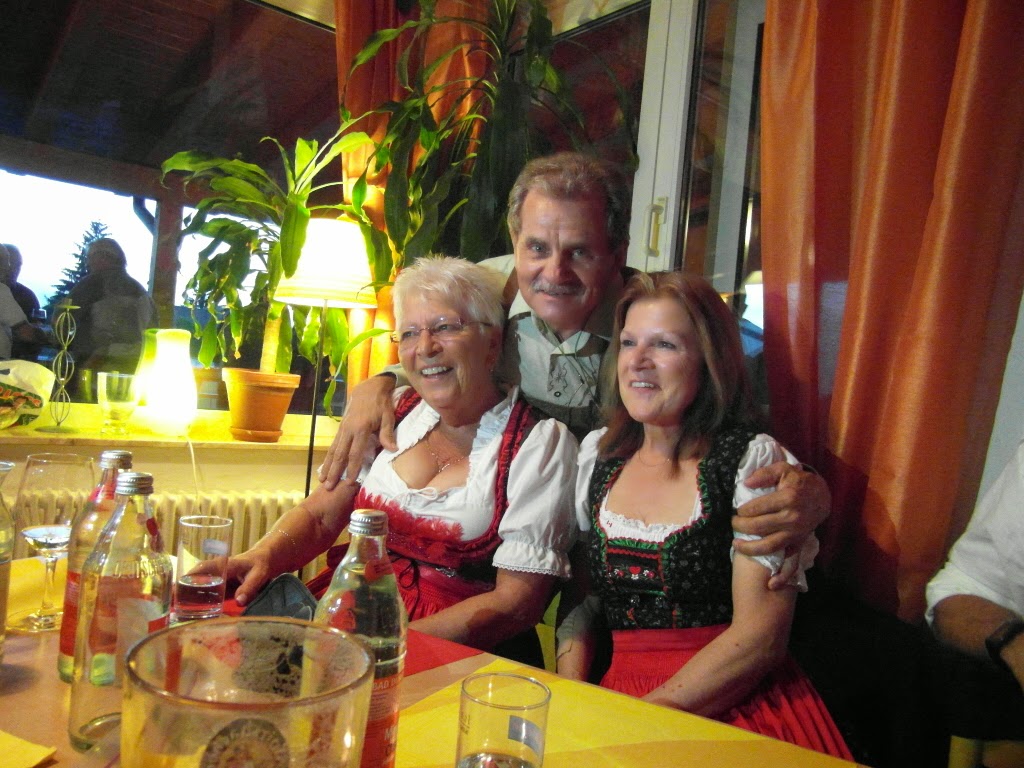 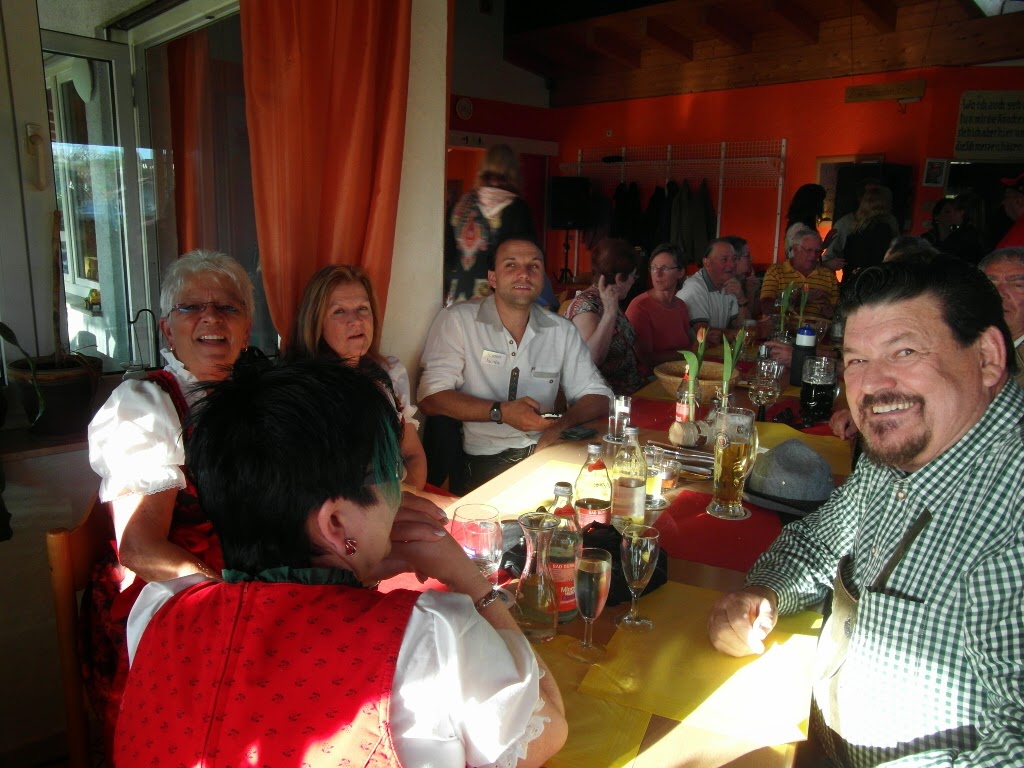 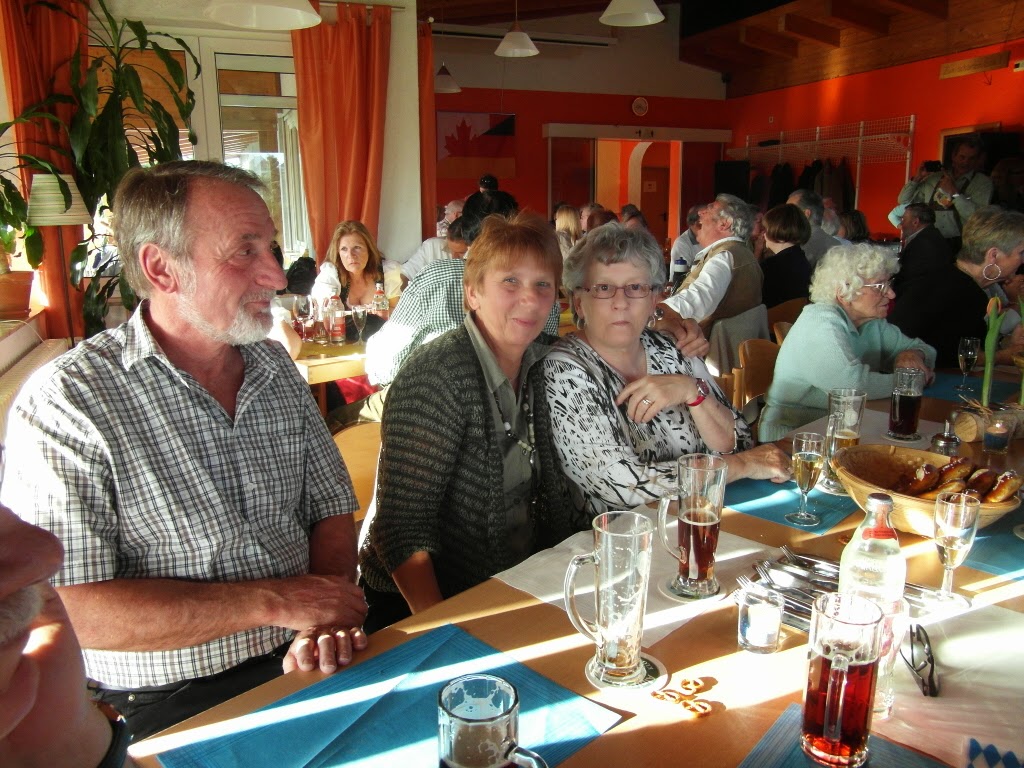 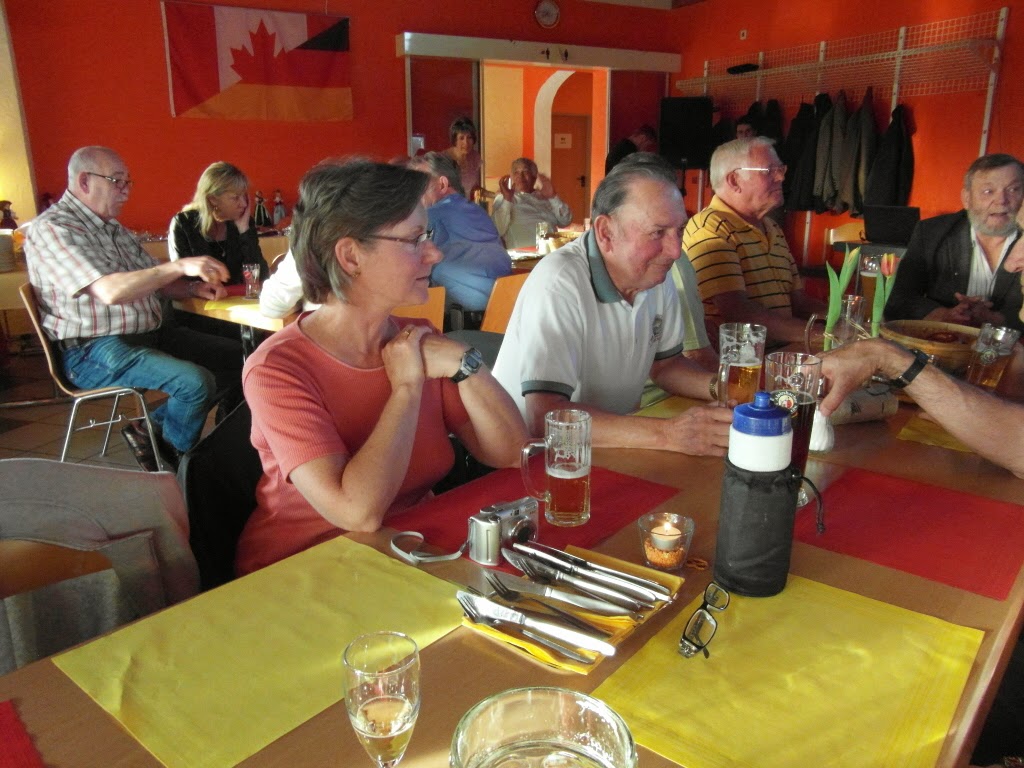 Bill Moore, one of organizers, standing beside the bar at the back of the photo 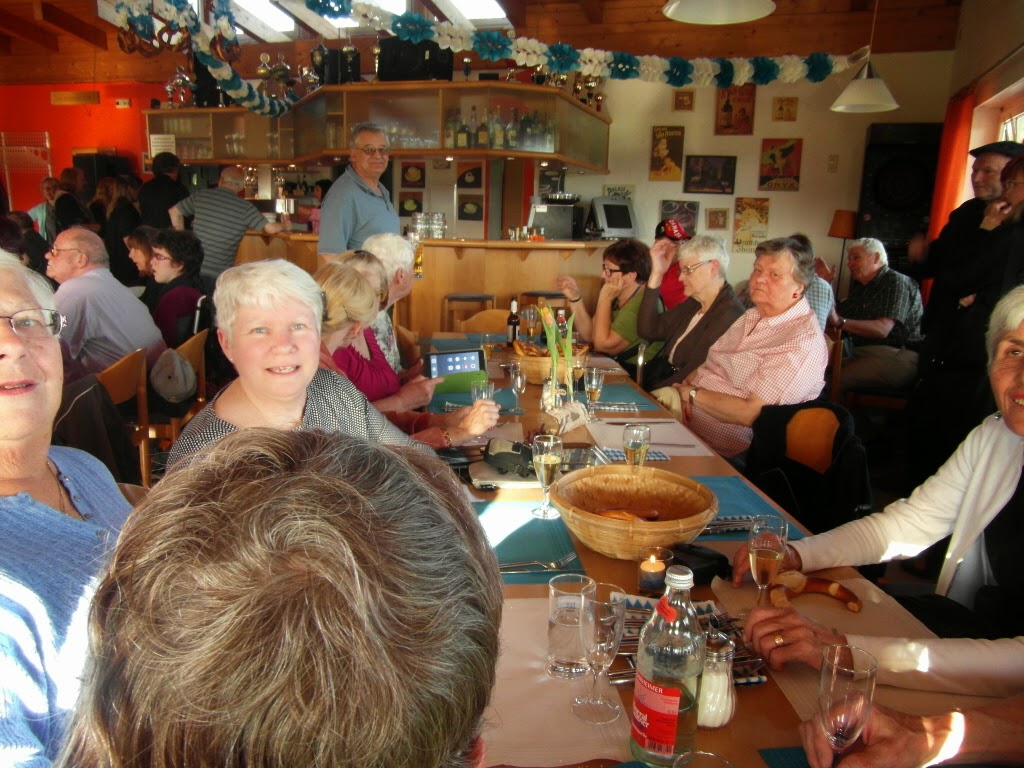 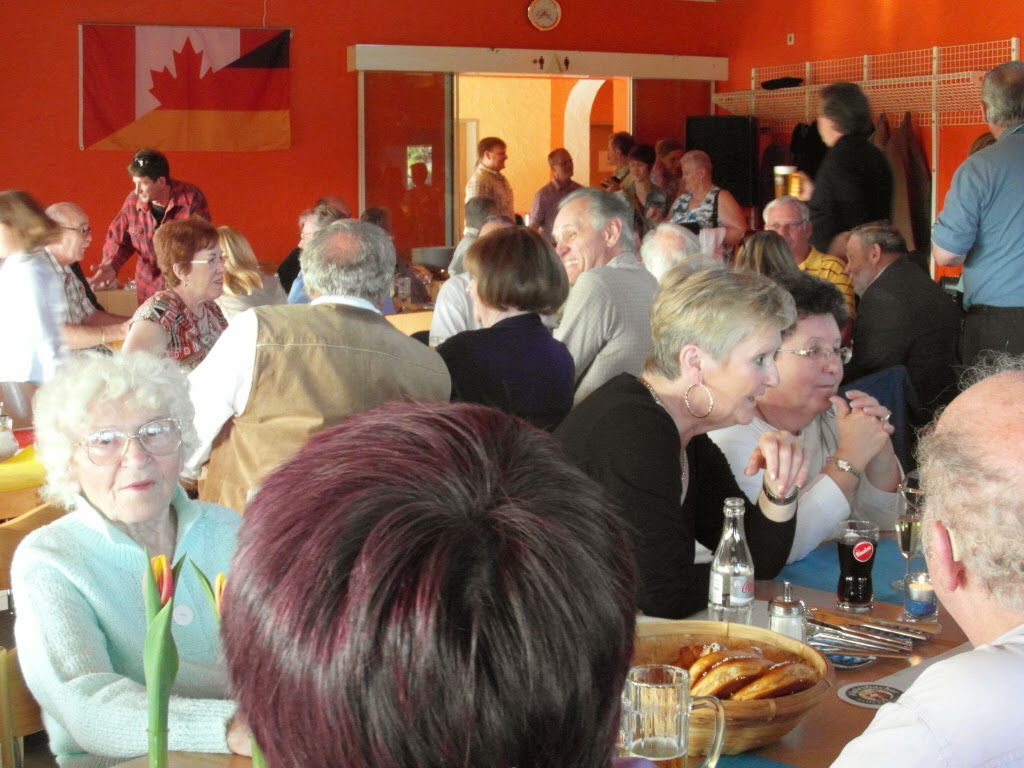 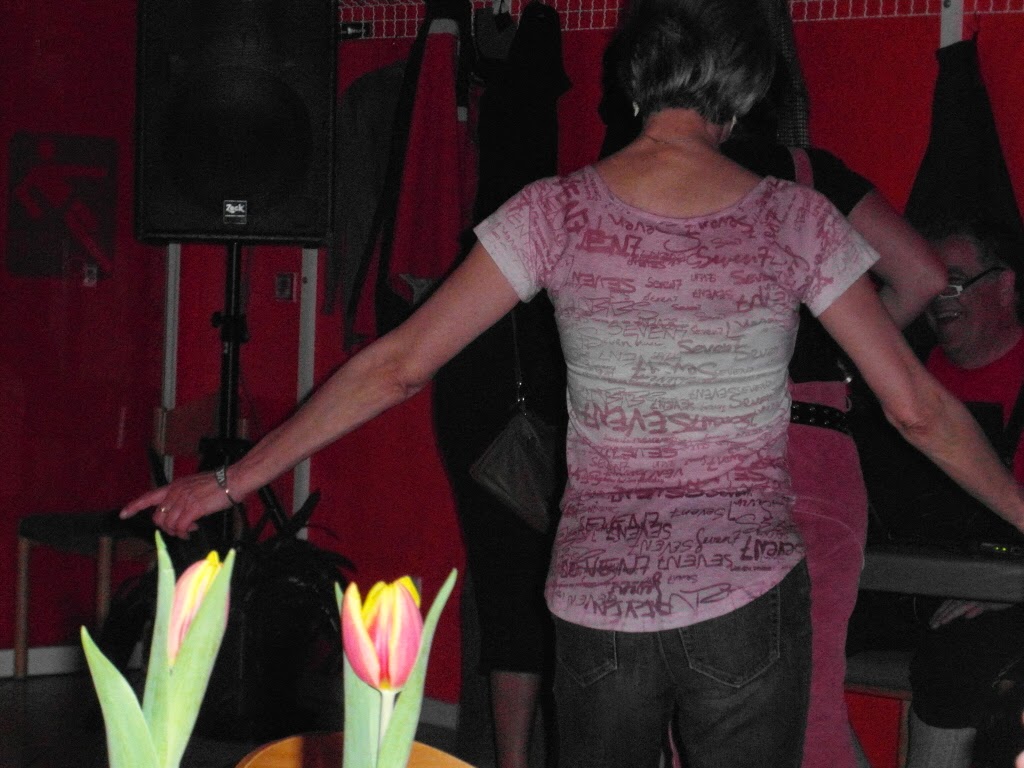 Anna, the dancer, at right

Ellie and Harry Rideout in Trachten costume
All we organizers wore Trachten that evening. 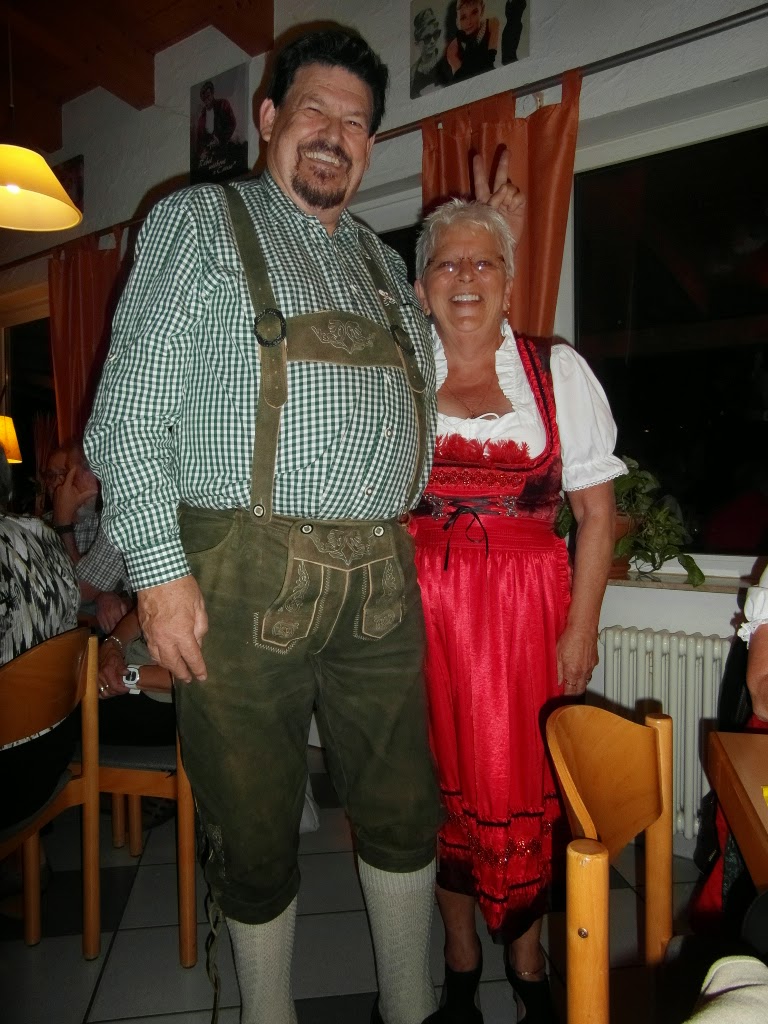 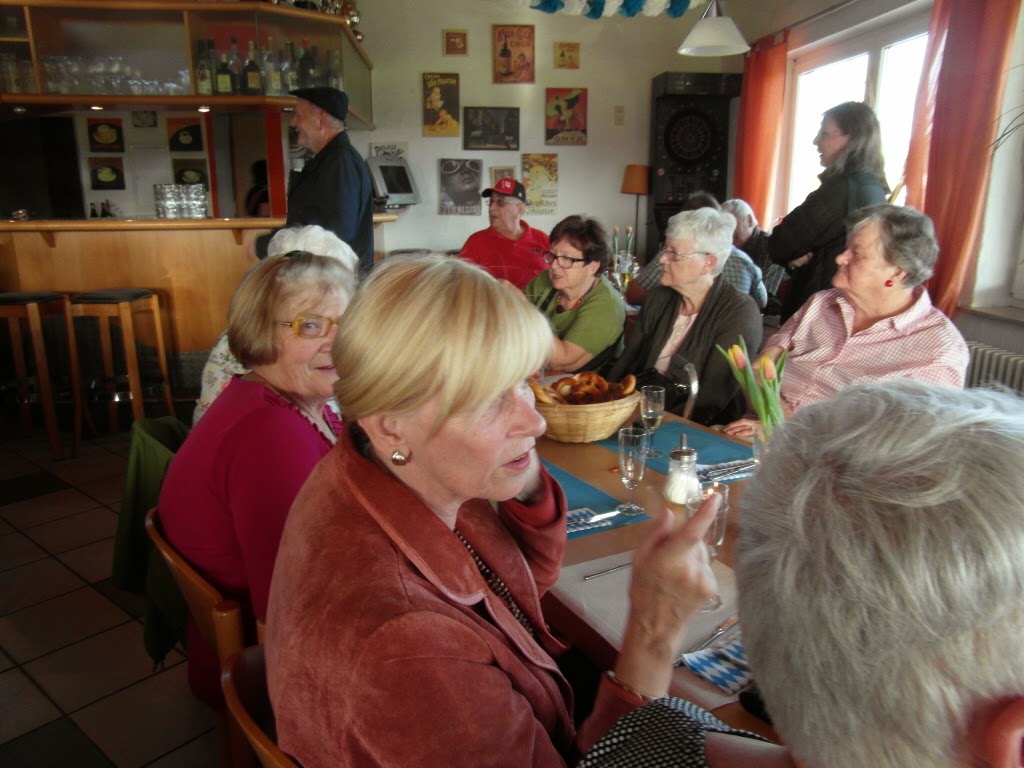 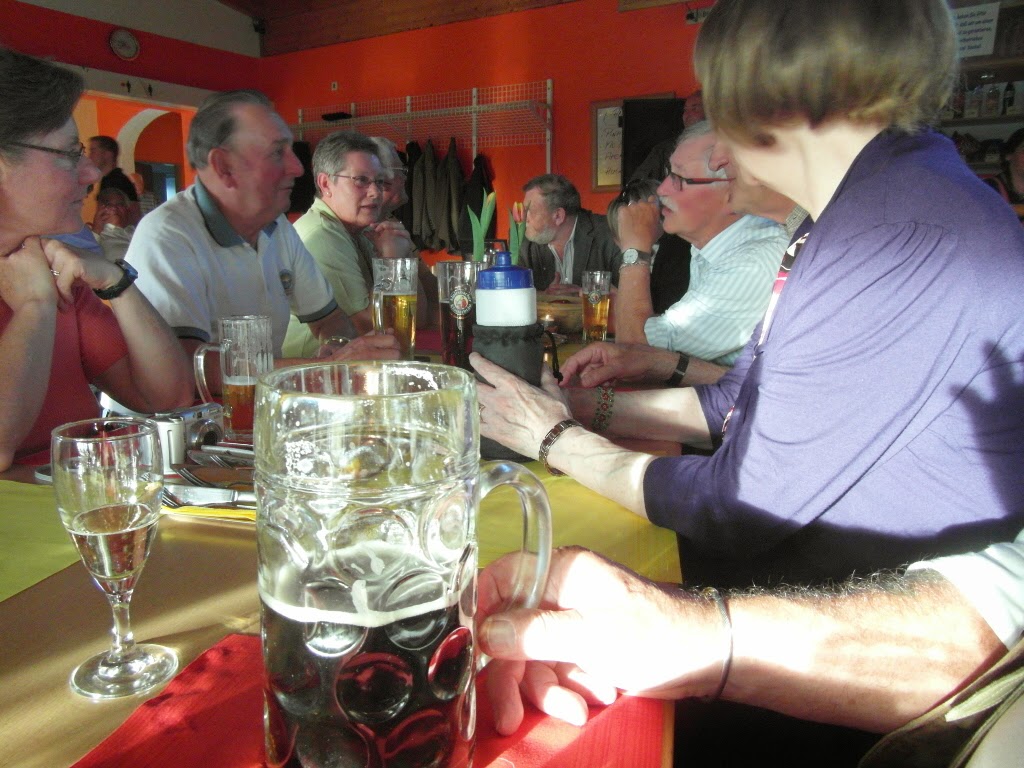 Marcel Lemarbre (below in red) is a good friend of Hartmut "Habo" Müller.

Habo told Marcel (via Germany and Canada on Facebook) that he would be glad to arrange an evening.  Marcel passed that along to those here as did Bill Moore from Edmonton who first read it on Facebook.  So many thanks to both Habo, Marcel and Bill. 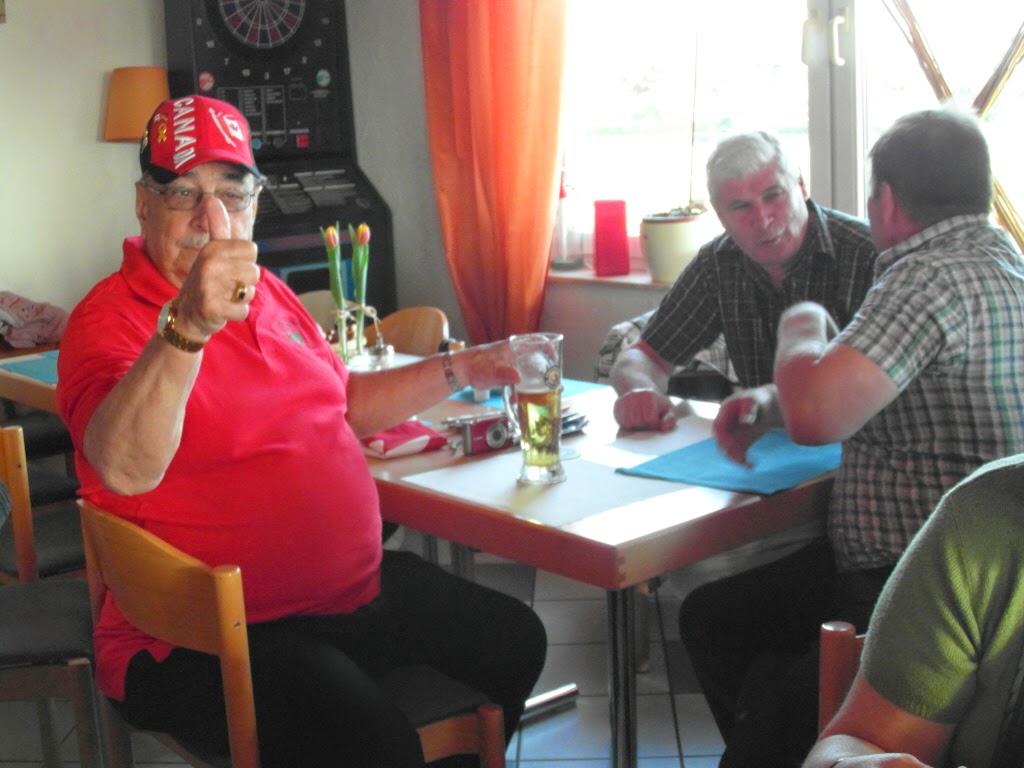 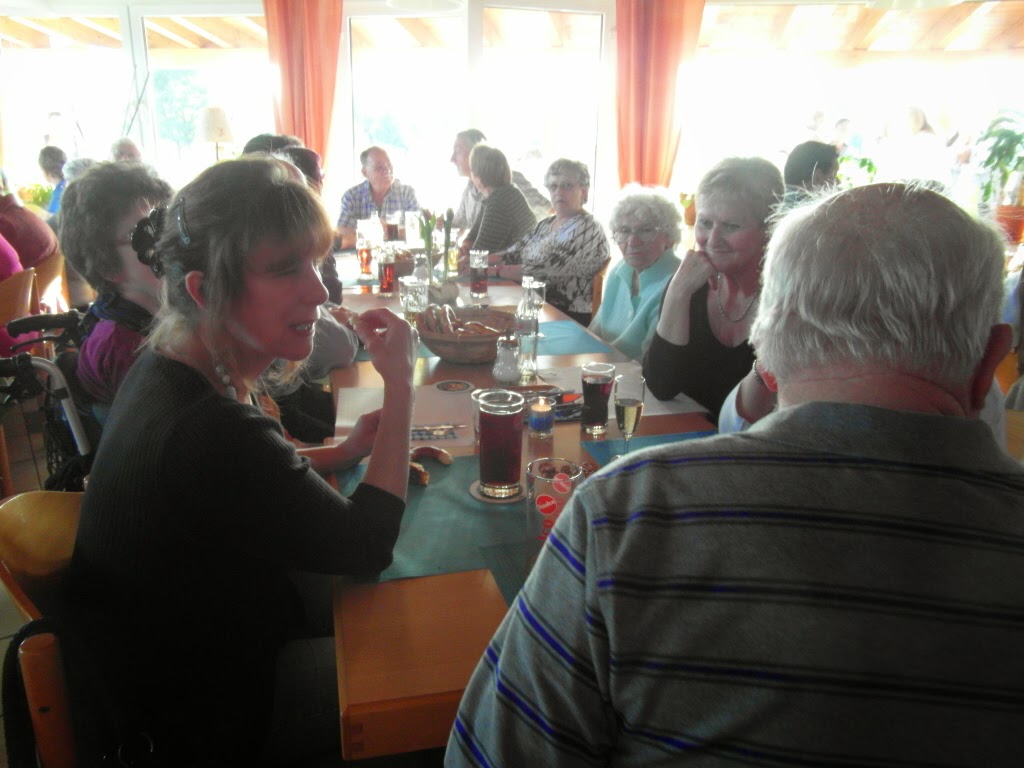 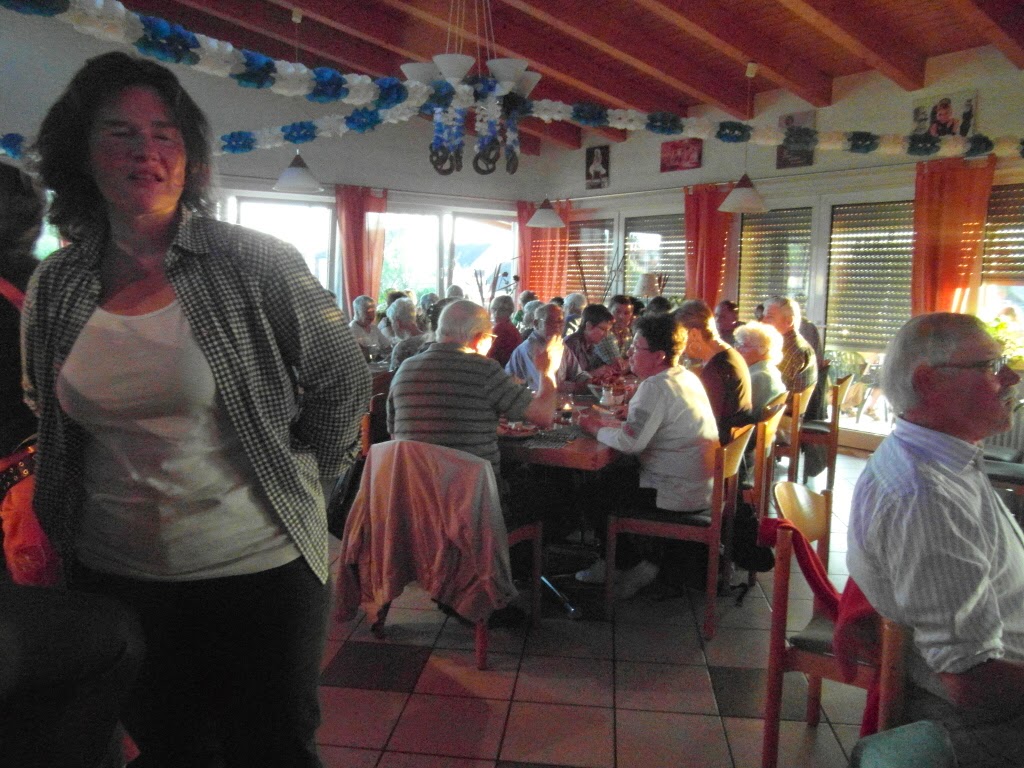 Food was, of course, a big part of the evening as well.  The following pictures show the various platters of Wurst, cheese, breads and sweet things, too.

The platters of Wurst and bread 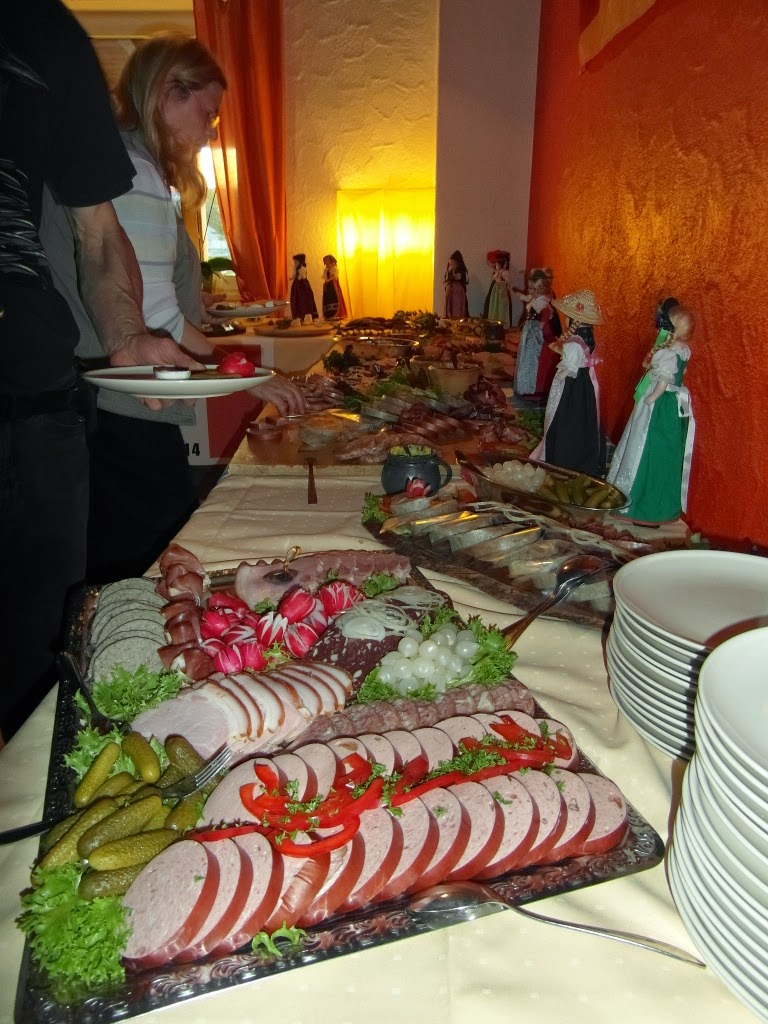 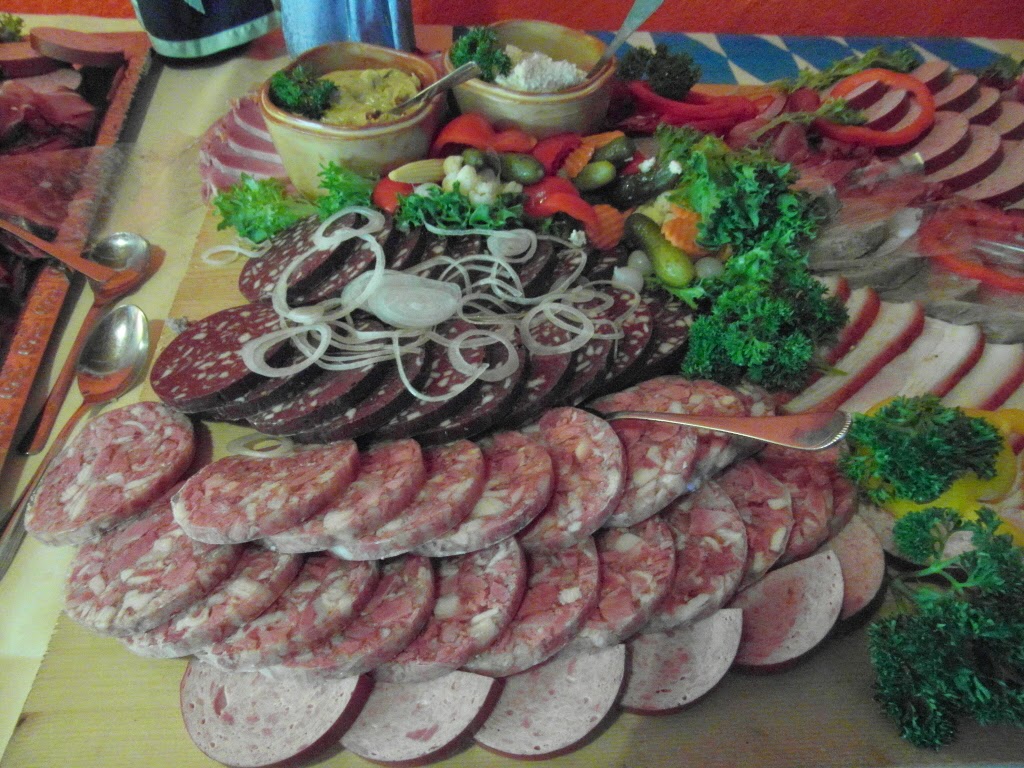 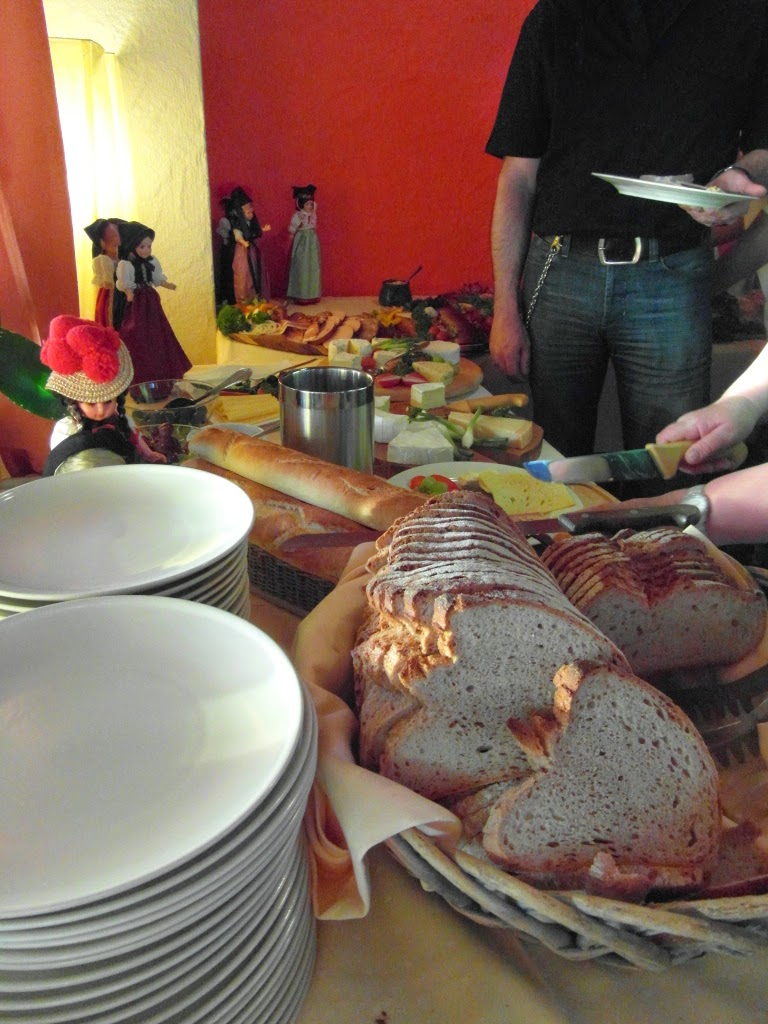 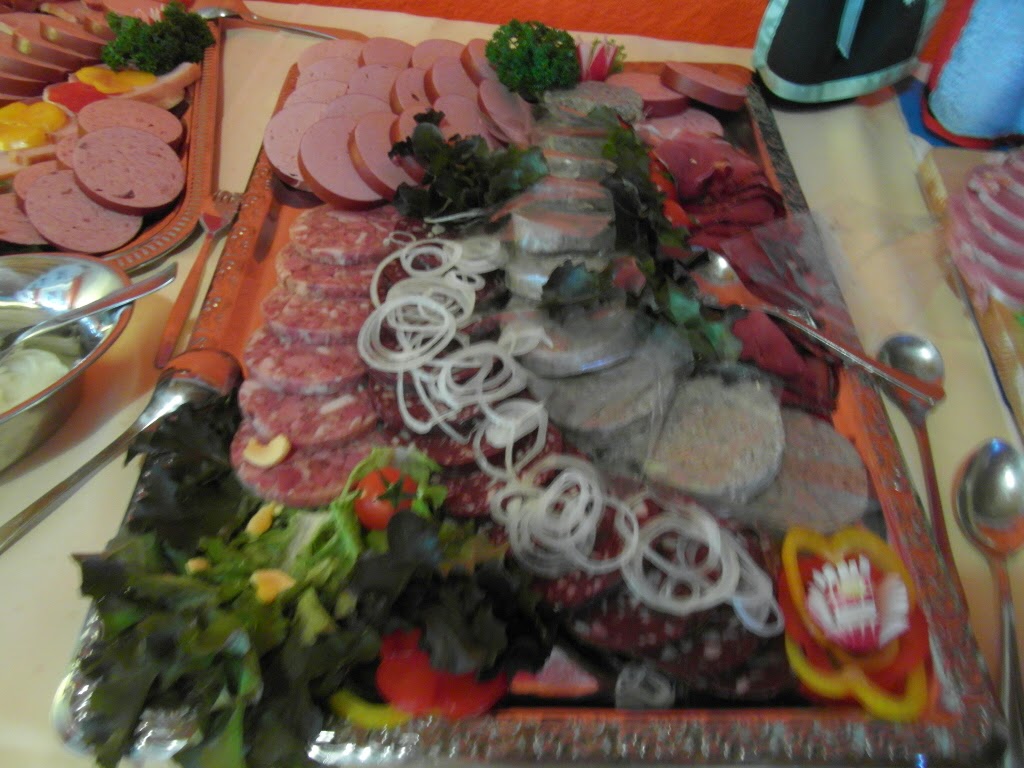 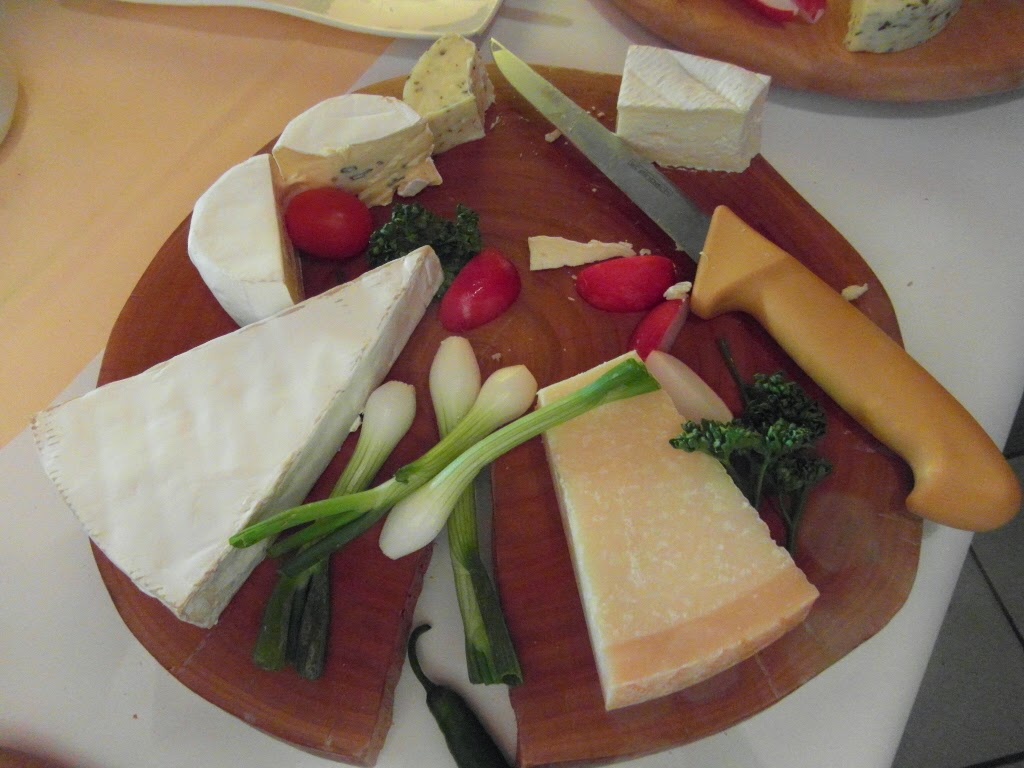 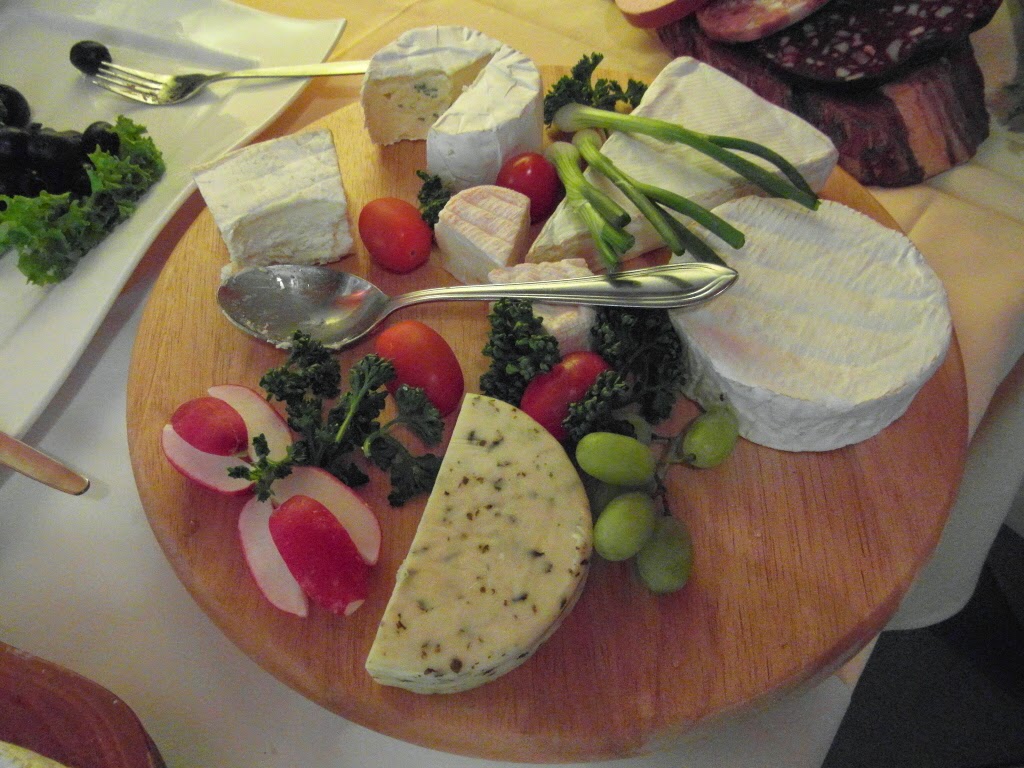 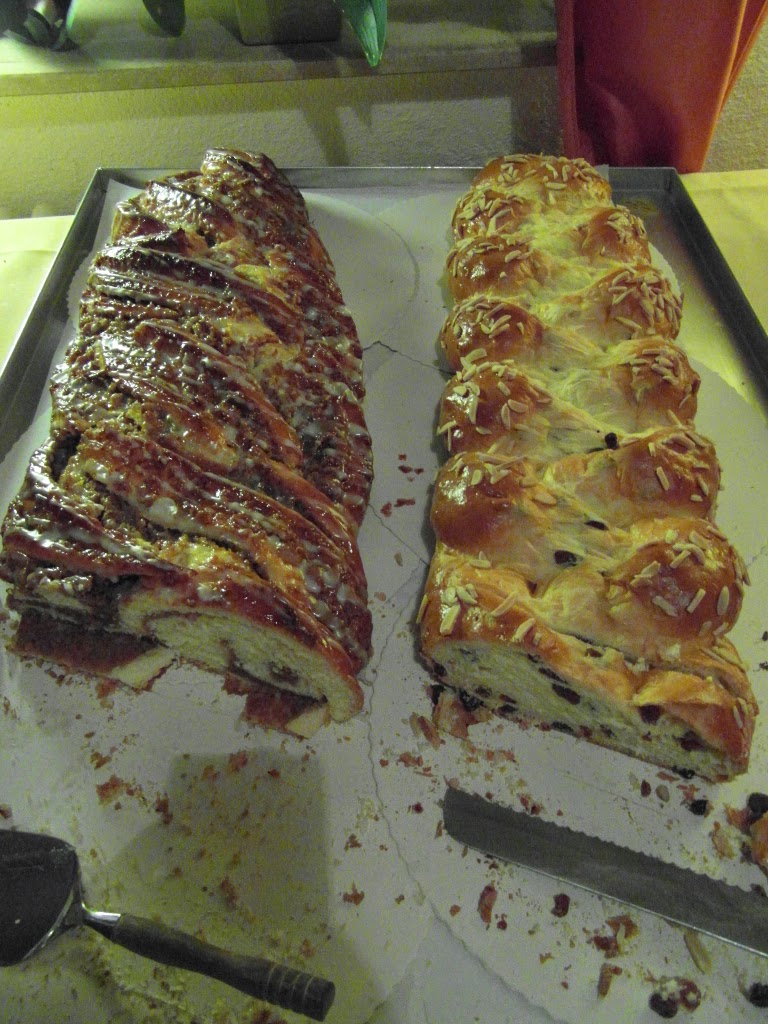 Sweet breads and Schwarzwalder Kirschtorte or, as in English, Black Forest Cherry Cake.  By the time I took the picture, most of it had disappeared.  I did, however, get a piece and it was excellent. 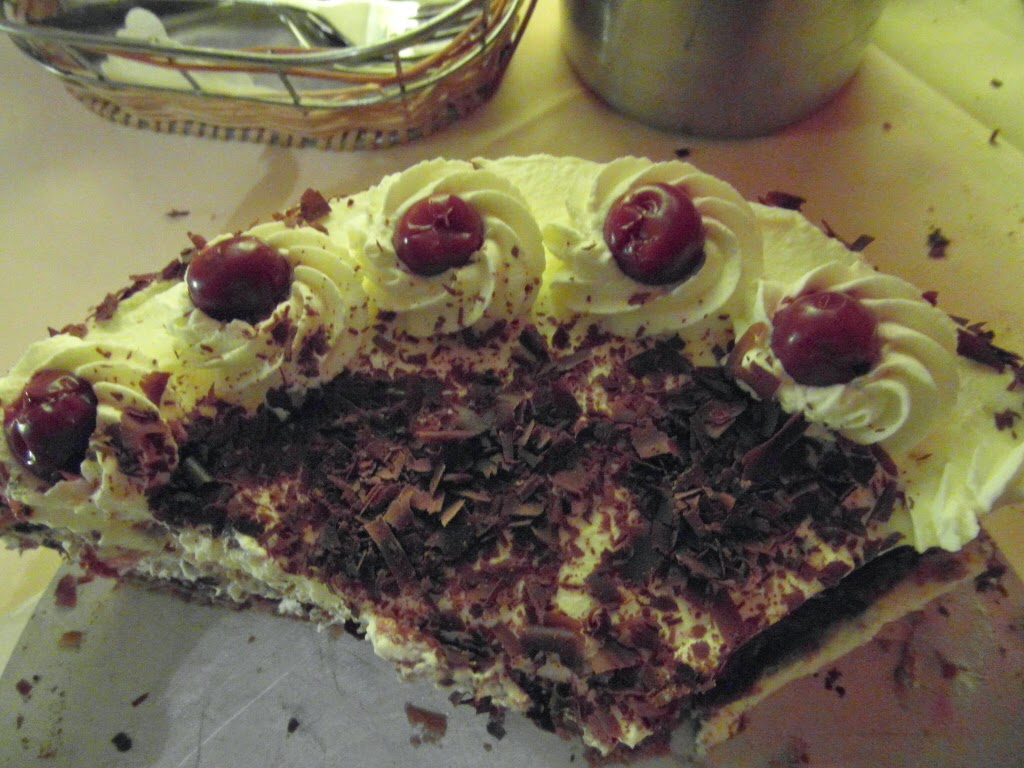 Hartmut "Habo" Müller put on a fantastic evening, quite an unusual and heart-warming gesture.  He did all of this out of the goodness of his own heart to thank Canadians for all they did for him during his years working with them.
Prost to Habo! 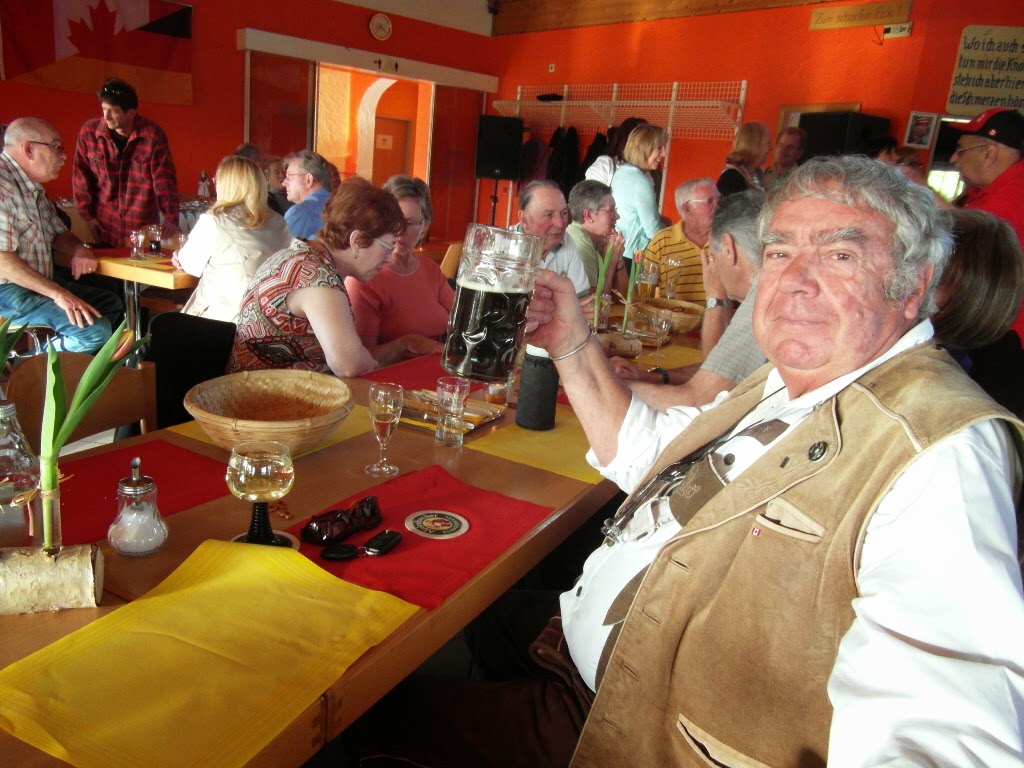 Hans Partenheimer, above, was the host on the following evening for a Spargel dinner (white asparagus).  I shall write about that in the next few days.

A great evening enjoyed by all.  Thank you, Habo! 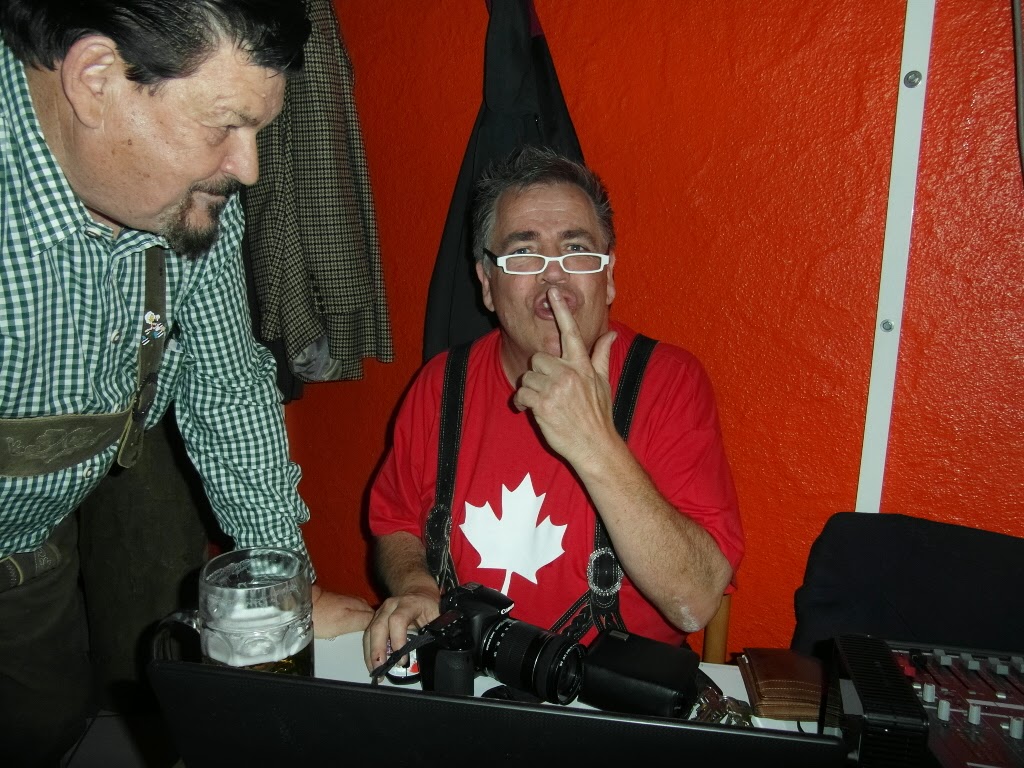 Posted by Janet MacDonald at 4:26 AM